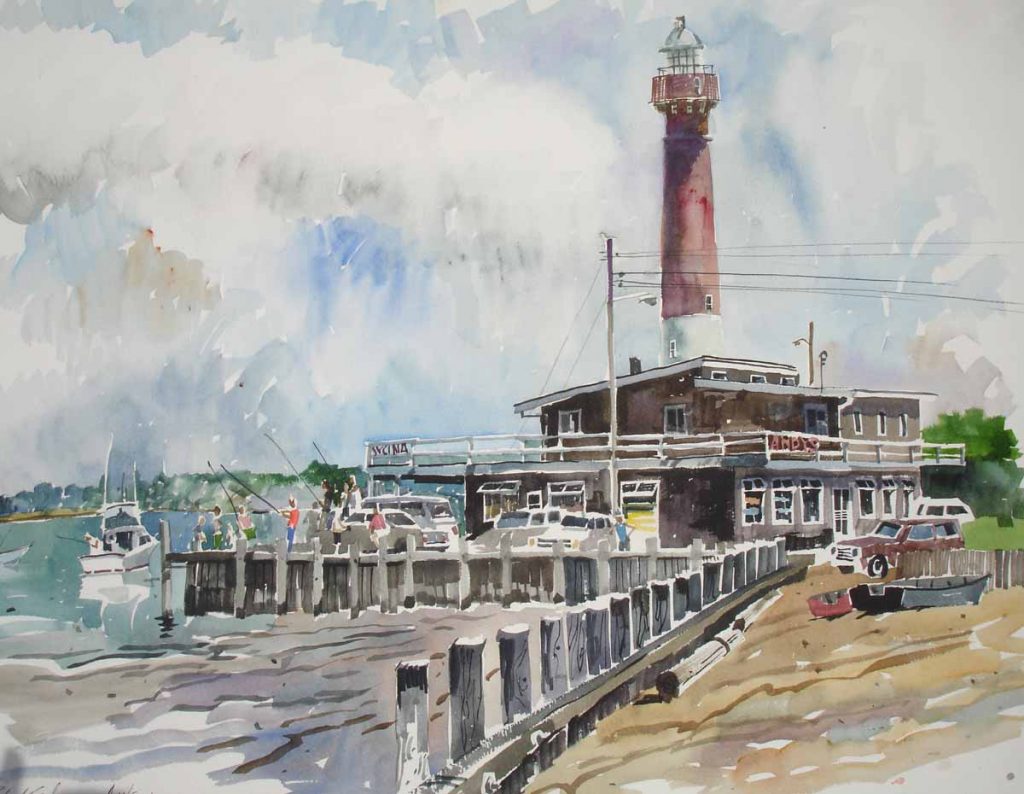 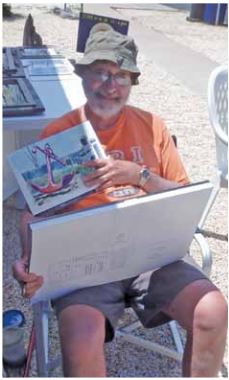 Robert Sakson believed that art chose him. If that is so, art chose well. For during a career that spanned his lifetime, he became a highly lauded water-colorist and was awarded Dolphin Fellow-ship in the American Watercolor Society.

With tenderness, intimacy, and bracing inventiveness, Robert’s paintings channel scenes of contemporary life, usually of historical places and time-tested landmarks in New Jersey. He was among the first artists to paint these sites on Long Beach Island.

Robert painted plein air, surrounded by the light and the feel of the day of places that inspired him. His works translate the mood of the landscape and captures the moment. A still-proud lightship on dry land awaiting salvation, The Lightship Barnegat, is a glorious mixture of red hull and blue sky. In Fishing at the Light, anglers stand in quiet solitude; in the background, Barnegat Lighthouse soars skyward — red and white into blue. Some subjects, like Shack, the abandoned hunting hut turned LBI icon, have since been lost to time, progress, or storms. The halcyon summer days of Gloucester Avenue, Harvey Cedars and Kelly’s Ice Cream offer glimpses of a not-too-distant past, of an LBI some never knew, and touch the hearts of those who did.

For more than a decade, Robert’s paintings have graced the pages of Echoes of LBI. We are proud to have known him and called him friend. He leaves behind a body of work that is a monument to his memory. He will be greatly missed.

His works amassed numerous prestigious awards include three silver medals from the New Jersey Water Color Society, and the highly coveted gold medal from Allied Artists of America. His watercolors are included in many private and corporate collections.