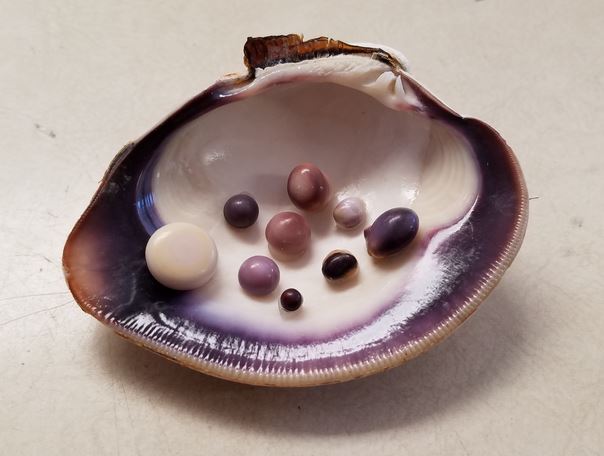 Naturally occurring, or wild pearls are exceedingly rare. Clam pearls are even more unusual. The odds of finding a clam pearl are roughly 1 in 15,000. The changes of finding one of gem quality are infinitesimal. Unlike the more familiar nacreous pearls produced by oysters and mussels, clams produce porcelainous pearls with a surface like the interior of their shell. Created in similar ways – both are uniquely beautiful. 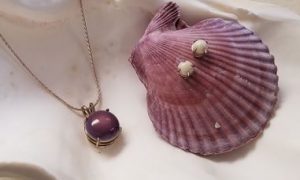 As a boy, Tuckerton resident Alfie Stevens worked with his father clammer Ralph Stevens. With the odds against them – over the years they found pearls tucked in the clams they harvested by hand from area bays. In the 1940s Alfie began collecting the odd pearls found in their haul. Symbolic of the hard work of her husband, his father and nature, Alfie’s wife Edna cherishes her wild quahog pearl pendant.