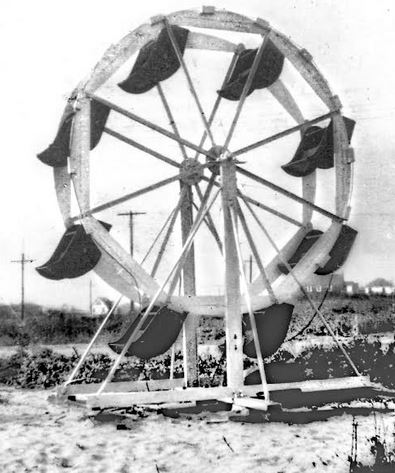 In the first hours of life a remarkable phenomenon occurs in animals, and theoretically humans; they are imprinted with their first memories of life.

For as long as she can remember Eileen Haas has felt an inborn connection to the sea. With her first breath — salt air filled her lungs — and she was instantly immersed in the sounds of waves and wind, and of gulls overhead; a world of wide skies, deep blue horizons, and soft sand underfoot. She was born in a house by the sea.

“My mother, Anna, loved the beach and wanted to deliver her baby in a house by the sea,” said Eileen Haas. “So, they took my older sisters and brothers and moved into my grandparents’ beach house.”

The property at 406 Long Beach Boulevard in Ship Bottom had been purchased in 1943 by Eileen’s grandparents, Julius and Ida Mae Haas. 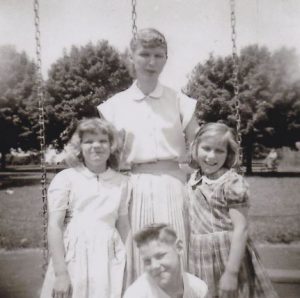 There, in October of 1945, just a few hundred yards from the Atlantic Ocean, Anna delivered Eileen and her twin sister, Arlene. Dr. William Dodd and nurse Meriba Walker assisted with the birth of the twins.

Using his carpentry skills, Norman Haas built a Ferris wheel in the side yard of their house. It may have been the first Ferris wheel on Long Beach Island. “It was made of wood and hand-operated,” explains Eileen. “[children] took turns riding in the Ferris wheel.”

The Haas family lived in Ship Bottom until Eileen was around two and a half years old until tragedy caused the family to return to Philadelphia. After their return to Pennsylvania, the youngest four of the seven Haas children, including the twins, were placed at River Crest, an orphanage in Mont Clare.

At age 13, Eileen was placed in foster care. Two years later she was briefly reunited with her sister, Shirley, and their mother. By the time she was seventeen, to finish high school, Eileen moved in with the family of her best friend, Jackie. Later, she lived at the YMCA in downtown Philadelphia for two years.

Adversity and misfortune made Eileen’s childhood more difficult than most. And when she could she returned to the sea, where she found strength and renewal in the waves, wind, and sun. 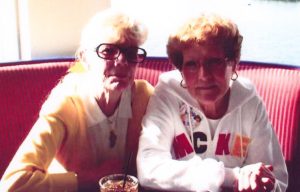 “When I lived in Philadelphia my sister, Shirley, and I made frequent trips to the beach in Atlantic City,” recalls Eileen. “We’d spend hours on the beach. The waves washed away my stress and restored my soul.”

Perhaps still yearning to be close to the sea, Eileen eventually moved to California where she returned to the beach and the solace of the sea as much as possible. Today, Eileen still lives in California. She has a son and two grandchildren.

For Eileen, to be born in a house by the sea, was to be imprinted for life.

Note: The house where Eileen was born is a Sears, Roebuck and Co. catalog kit home built by Norman Haas and is now the location of Things A Drift owned by Cheryl Kirby. Nurse Meriba Walker was Cheryl Kirby’s aunt.