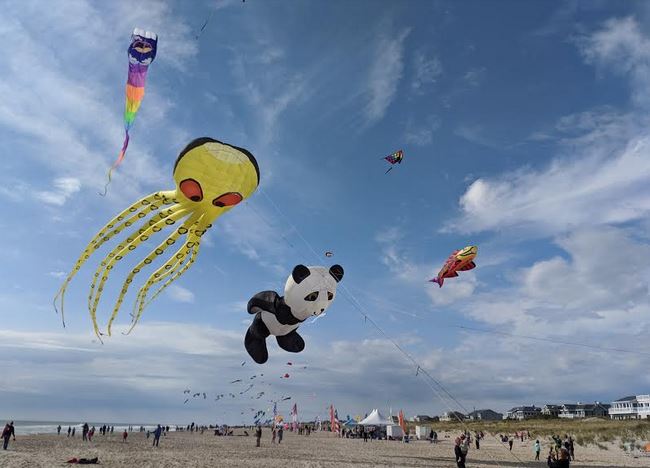 I haven’t always been a wind enthusiast. In fact, I only began flying kites a few years ago. During a family vacation to the Outer Banks, my soon-to-be mother-in-law mentioned she was heading over to Kitty Hawk Kites to pick up a t-shirt and some toys for the kids in our group. I had seen stunt kites in action only a few times before but considering the windy conditions that week, I decided to tag along to purchase a dual-line kite.

I settled on a Prism Nexus — a red, orange, and yellow stunner that is ideally suited for beginner to intermediate flying and is sized for travel. The perfect kite for me! I headed straight to the beach and was flying in no-time. I can remember the feeling when the kite first caught a strong gust of wind that sent it streaming skyward. It was exciting to discover how to maneuver the kite in the air, first from side to side, then dipping it toward the ground and turning it back toward the sky, and eventually graduating to a sequence of barrel rolls and figure eights. 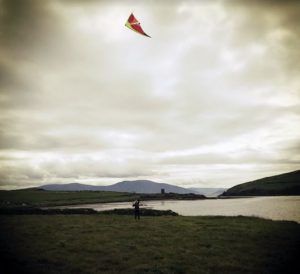 The following week, my fiancée and I traveled to western Ireland for a friend’s wedding with our new stunt kite in tow. The coastal conditions were similar to the Outer Banks, and we had a blast flying our kite on a different continent. We have since married and moved to the Outer Banks, where I now work for Kitty Hawk Kites. Naturally, kite flying is a full-fledged hobby for me, and my quiver of kites has grown considerably. Kitty Hawk Kites was founded in 1974 by John Harris, first as a hang-gliding school and shop that sold and repaired hang gliders. Since then, the company has grown to include more than twenty-five retail locations along the east coast, offering kites, toys, games, apparel, footwear, and more. We opened our Barnegat Light location in 2019. It has been wonderful to see it quickly become part of the LBI community.

The Kitty Hawk Kites mission has always been: “To teach the world to fly.” That mission remains our driving force, and Kitty Hawk Kites either operates, sponsors, or participates in ten or more kite festivals every year.

LBI FLY International Kite Festival, held annually on Columbus Day weekend in Ship Bottom, New Jersey is one of the most exciting festivals we support. There are kite fliers from around the world. Giant inflatable kites color the sky, including a panda, cow, octopus, cat, dog, fish…you name it. You can also witness some of the world’s best stunt kite and quad-line pilots flying in sequence or solo, creating a mesmerizing spectacle for the crowd.

Leonardo da Vinci said, “…once you have tasted flight you will walk the earth with your eyes turned skywards, for there you have been and there you will long to return.” I will never forget the first time I set a kite into the wind, and it has deeply impacted the course of my life. If flying a kite is something you have always wanted to do, or even if you haven’t considered it until just now…there has never been a better time to fly!