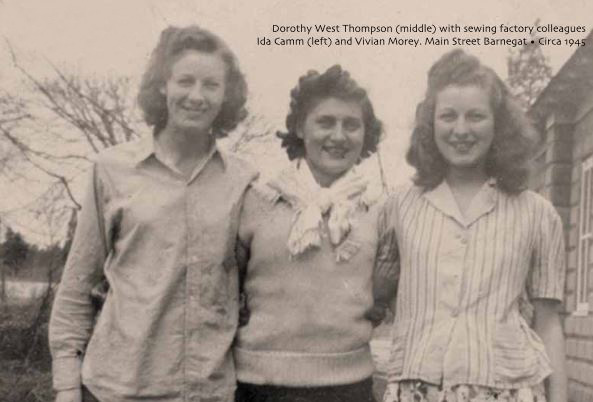 In her early 20s, Dorothy West Thompson took a job at the newly opened sewing factory on Main Street in Barnegat. There, over the next forty years she built a life using that skill she learned at a tender age — she sewed. Recently, at age 96, Dorothy graciously shared with Echoes of LBI Magazine some of her memories about that time.

“The sewing factory in Barnegat was a very big part of my life. It opened around 1943. In those days it was called The Su-Ann Togs Factory. Moe Ailetcher and his brother, Lou, were the original owners. At first, we made plastic fabric dolls with molded faces. We stuffed the dolls by hand with cotton from big bales that were delivered by truck to the factory. Each doll was dressed in a plastic pinafore with a matching bonnet and had a name tag that said Su-Ann. Later, we also sewed children’s clothing for the Nanette Company. 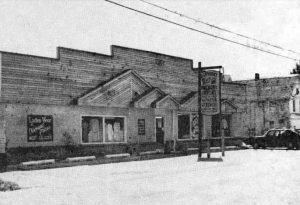 “Joe Krause operated a women’s stocking factory in the same building. During World War II the U.S. government needed nylon to make parachutes for the military,” said Dorothy. “So, there wasn’t any nylon to make stockings. Instead, they had to use wartime substitute products to make them.

It was a time when everyone was still struggling to recover from the Great Depression. Not many people had cars back then,” explains Dorothy. “And not many women drove. Moe Ailetcher had a station wagon that was used to transport the factory workers. It was driven by Peggy Price from Parkertown. Peggy picked us up and drove us to and from work.” Eventually, Dorothy’s sister-in-law, Ida West, also worked at the factory.

“I learned to sew by watching my mother,” muses Dorothy. From the time I was a little girl, I watched her sew on an old treadle machine. She made most of our clothing.” It was upon this skill, passed from mother to daughter, that Dorothy built a life for her family.

“Starting wages were probably thirty-five cents an hour,” recalls Dorothy. “Wages were low. But working at the factory was a good way for local families to earn extra income. When garment making started, our hourly wage increased to fifty cents.” 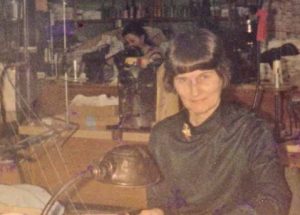 Dorothy remembers when polyester fabric was first use for clothing. “In the early 1950s we started making women’s clothes from polyester; many pants, tops, and pantsuits were made there,” said Dorothy nostalgically. “I used a superlock sewing machine in those days.”

Around the same time the factory building was enlarged, and the front was made into an outlet store. The name was changed from The Su-Ann Togs Factory to The Barnegat Factory Outlet. A pressing department was also set up where finished garments were pressed, put on hangers, and bagged. Most of the clothing made at the factory was shipped by truck to the New York garment district to be sold.

“At the outlet, quality clothing was offered at the lowest possible price,” said Dorothy with pride. “Customers and vacationers, coming to the outlet, could buy clothing for much less than store prices.”

In 1983 the factory closed. “The outlet store stayed open. Some people found work in other factories,” explained Dorothy. “Two former employees, Eli and Lou, opened a factory in Forked River. Eventually, they came back to Barnegat and ran a small sewing operation in the back of the outlet.”

The outlet closed in 1990 when the building was converted to a vendors’ mart that was destroyed by a fire in March 1993. In 2000, Community Gardens, a farm market opened on the property. Dorothy retired from The Barnegat Sewing Factory at age sixty-two. Since then, she carefully documented her decades sewing at the factory; her time spent working with thread and fabric.