BILL AND JACK: THE STORY OF A FRIENDSHIP THAT HELPED SHAPE LONG BEACH ISLAND 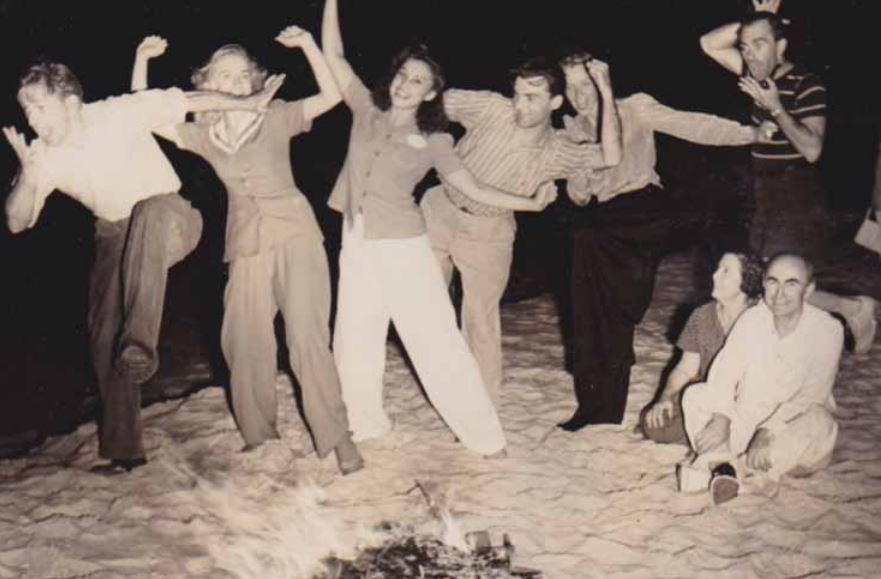 In Bill Lodge’s Loveladies bedroom there was a slotted opening in the wall. On nights when the weather was fair, Bill would slip his bed out through that opening onto an adjoining deck which faced the sea. He said the air was better out there for sleeping. And after a nudge or two, inside would be outside amid the thundering surf and shimmering stars.

Because Bill had been seriously wounded and exposed to poisonous gas on the battlefields of France in WWI, you can understand why he chose to live in the dunes and follow a regimen he’d devised for himself of regular exercise, healthy food, and proper life-giving breath — his recipe for building a strong body to serve a well-balanced mind.

Bill, you see, was a man of vision and foresight. Today we might call him a wellness guru, or the practitioner of a holistic lifestyle. He’d surely qualify as a social media influencer. Picture him as a 1930s version of fitness expert Jack LaLanne with a touch of the celebrated New Age author, Deepak Chopra. Three men of different eras pursuing the same results through the harmonious integration of body, mind, and spirit.

In fact, in 1926 Bill authored his seminal work, Youth Prolonged, published by the John C. Winston Company, which crystallized his approach to health and wellness with chapters like How to Walk For Strength, Breathe Your Way To Youth, Eat And Grow Young. Clearly, a lifestyle ahead of its time.

William Penn Lodge, Doc to his friends, was born in Philadelphia in 1890 and graduated from the Kellogg School of Physical Educa-tion in Battle Creek, Michigan. During the war years, Lieutenant Lodge served as Director of Physical Training for the United States Army, and afterwards, Director of Athletics at Southern Illinois University.

But by the early 1930s Bill was ready to return to LBI — a place he’d known and loved since his youth — first to a house in Brant Beach and a few years later to an oceanfront home he built in Long Beach Park, today known as Loveladies. Once settled in the dunes, Bill got to work in local government and civic organizations, helping to promote LBI as a destination for relaxation and rejuvenation, what he liked to call “the finest place in the world to live.” 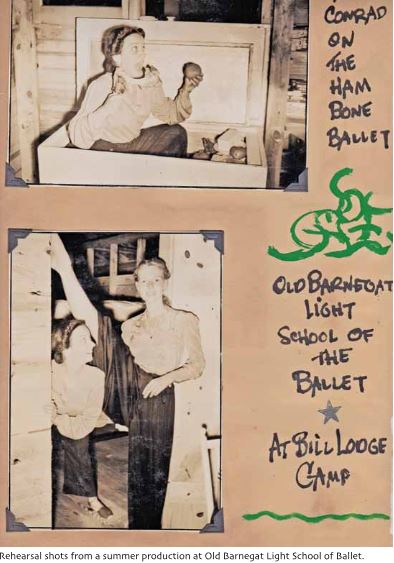 In fact, for the next twenty years Bill assumed the role of LBI’s greatest booster. Town clerk for Harvey Cedars, and later an administrator for Long Beach Township, it was as president of the Board of Trade that he coined the marketing slogan, “Magic Long Beach Island” and designed the iconic LBI Lighthouse logo which is still used today.

In those early years Bill was also the Island’s most eloquent spokes-man, which no doubt coincided with his introduction to a young man destined to become his protege and follow in his footsteps.

Jack Lamping was just finishing college when he first met Bill. Brought to LBI by his parents for his health when he was just a boy — Jack too had fallen in love with the wild island. Once he had finished school and had married Virginia Pedersen, the couple settled in Beach Haven Terrace, and under Bill’s tutelage Jack entered the world of marketing and Public Relations.

Jack thrived in the field and was soon elevated to a leadership role within the Board of Trade. Working side-by-side with Bill, the two men positioned their favorite 18-mile stretch of beach as a sports-man’s paradise, The Pride of the Jersey Shore.

“I think Bill and my dad had a vision for the Island which helped shape its destiny,” says Joy (Lamping) Milano, daughter of Jack and Virginia. “They saw its natural beauty as a retreat from an increasingly stressful world. Other seaside towns had flashy boardwalks and were known for their nightlife and entertainment. That wasn’t the image Jack and Bill were interested in cultivating for LBI.”

Instead, they set about courting those who loved the outdoors, attracting families and supporting the arts. Bill established a theatre company and acting studio housed in a re-purposed chicken coop, as well as directing The Old Barnegat Light School of Ballet, which in the 1940s was a favorite draw for vacationing teens and local kids from the mainland.

As the Island’s popularity grew, Bill and Jack continued advocating for improvements to the infrastructure, upgraded water and sewer systems, a new bridge, better roads, greater life-saving resources for beach goers, and even a north-south parkway — all things which came to pass and benefit us today.

From those early achievements Jack went on to even greater glory as director of Ocean County Publicity, Secretary Treasurer of New Jersey Resort Association, and dozens of other committees and grass-roots affiliations focused on common sense development. In his heyday, Jack Lamping was known as Mr. Ocean County, but he never distanced himself from his first true love.

“LBI was always a very special place for my parents,” remembers Joy, “and the memories of Bill helping my dad get started in a career that became his life’s work would never be forgotten.”

Tragically in 1950, at the age of 60, Bill Lodge succumbed to a chronic heart condition at his cherished home in the dunes. The man who had been so influential in shaping what came to be known as the lure of Long Beach Island was gone. Others would now be needed to carry on. Joy Milano thinks her mother, Virginia, summed it up best when after Bill’s passing, she wrote, “He will live in us as long as we live.” And so, he has.

It’s not often you can trace why a place becomes one thing and not another. What forces — subtle or bold, seen or unseen — define the character of a certain locale. But for LBI we have an indelible trail left by two men who spent the best years of their lives dreaming the dream for what became, and remains, this magical Island domain.