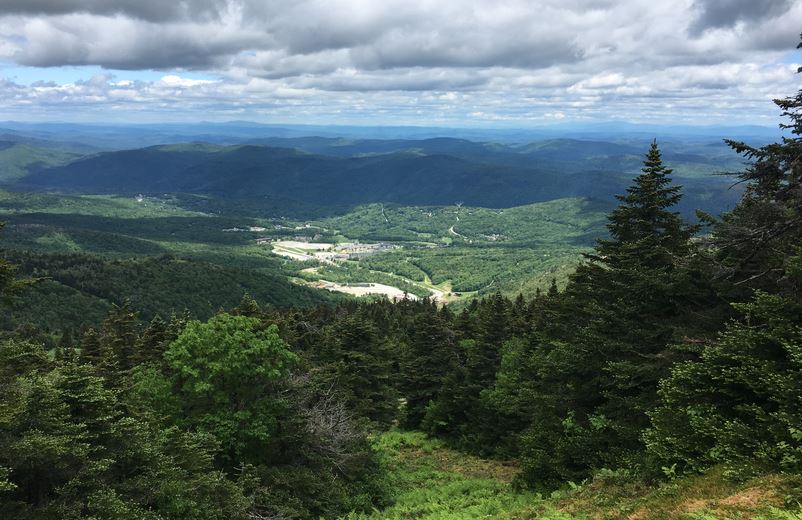 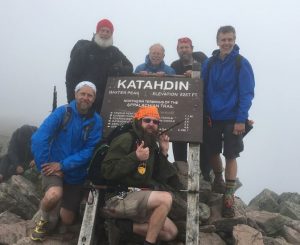 The Appalachian National Scenic Trail traces the ridgeline of the Appalachian Mountains through the highest peaks and continuous wilderness of fourteen states. From its northern terminus at Mount Katahdin in Maine to its southern terminus at Springer Mountain in Georgia the 2190-mile trail winds through Connecticut, Massachusetts, Vermont, New Hampshire, New York, New Jersey, Pennsylvania, Maryland, Virginia, West Virginia, North Carolina, and Tennessee. Typically, a thru-hike takes five to seven months to complete the entire trail. Annually, only about one in four hikers attempting the trail are successful. Those that make it join the ranks of the “2000 Milers”.

Although only 20,345 people have completed the trail since 1936, for Joe Murray of Brant Beach, New Jersey conquering the Appalachian Trail, or A.T., was a life-long dream. So, at age fifty-four, he retired from a successful career in information technology and hit the trail on April 22, 2017 with friend and fellow hiker Gary Cocchino.

Many hikers elect to undertake a flip flop thru-hike which allows them to start the journey at approximately the halfway point to reduce impact on the trail, take advantage of better weather, and avoid crowds, seasonal insects, and bears.

On their flip flop, Joe and Gary headed north from Harpers Ferry, West Virginia to Mount Katahdin in Maine, then return to Harpers Ferry to head south to Springer Mountain, Georgia. Joe planned to finish in Georgia because his family lives there.

On the A.T., Joe and Gary averaged around thirteen miles a day. Trails are rocky and dangerous in places. “You have to follow the white blazes [trail markings] carefully,” said Joe. Injuries cause many hikers to leave the A.T. On his northern hike, Joe lost twenty-eight pounds, and on the southern part of his journey he lost twenty-six pounds. 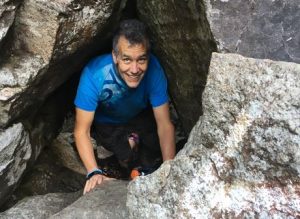 Joe was really struck by the random acts of kindness on the A.T. known as “Trail Magic”; coolers of drinks and or food are left along the trail for hikers. According to Joe, most of the donations were from The Methodist Church. In addition to food and drinks, the church set up kitchens to cook and serve breakfast along the trail and put up awnings to shelter hikers from the rain.

Unfortunately, due to personal reasons, Gary ended his hike in New Jersey. Though disappointed, Joe stayed motivated to complete the hike for both of them. The trail was lonesome and strenuous at times. “Sometimes you hike with others and sometimes you hike alone,” said Joe. During the hike, Joe wore a personal tracking device. Veering off the beaten path would bring a call from Joe’s dad, “He’d ask if I was lost,” chuck-led Joe.

The mental challenges of long-distance hiking can be more difficult to overcome than the physical. At some point – under the right circumstances – most hikers experience a time where they feel like they can’t go on.

For Joe, that low came in Vermont during a 1200-foot climb as driving rains turned the challenging terrain into treacherous mud and lightening filled the sky above him. Standing along-side the road, alone, soaked, covered in mud, beyond exhaustion and with a damaged cell phone – Joe believed he was finished. At that moment, an act of kindness by a total stranger changed everything. “A guy named Mike Grabowski stopped his truck and offered me a ride into town to get my phone fixed,” said Joe. “Mike waited and offered me a ride back to the trail. But I wasn’t sure I could go back.” Instead, Mike shared that his son Aaron had hiked the entire trail in 2013 and offered Joe shelter for the night at his home. “His wife Mary made dinner, washed and dried my clothes, and gave me breakfast in the morning,” explained Joe. Revitalized both physically and mentally, Joe returned to the A.T. the next morning. 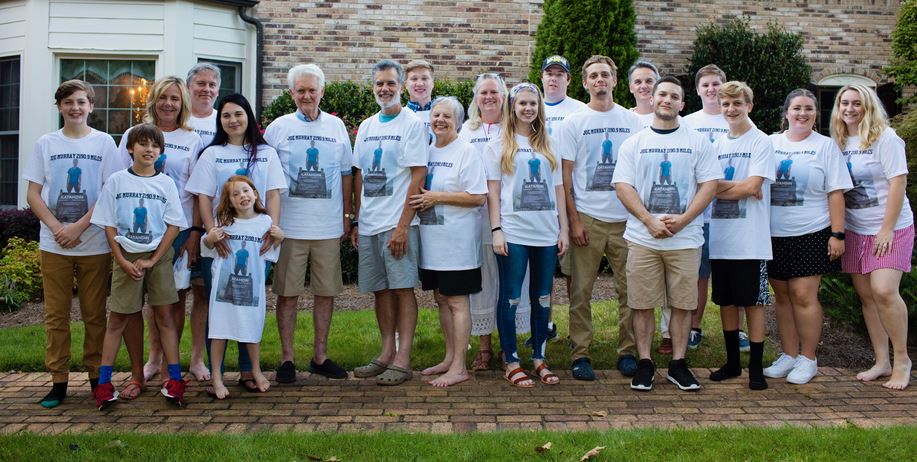 In Georgia, Joe’s brother Hank joined him for the last twelve miles of his journey. According to Joe it was a very difficult part of the trail. When Hank struggled, Joe told him it was okay to stop; to which his brother responded, “I’m a Murray- I can do this.”

Joe successfully completed the Appalachian National Scenic Trail at 5 p.m. on August 12, 2017 with his brother Hank at his side. His journey had taken a total of five months and ten days. Joe became a member of that elite group, the “2000 Milers”.

In the end, there was one more thing Joe needed to do make his personal journey complete – he made the 400-foot climb up Springer Mountain. There at the top his father Dave was waiting to congratulate him.