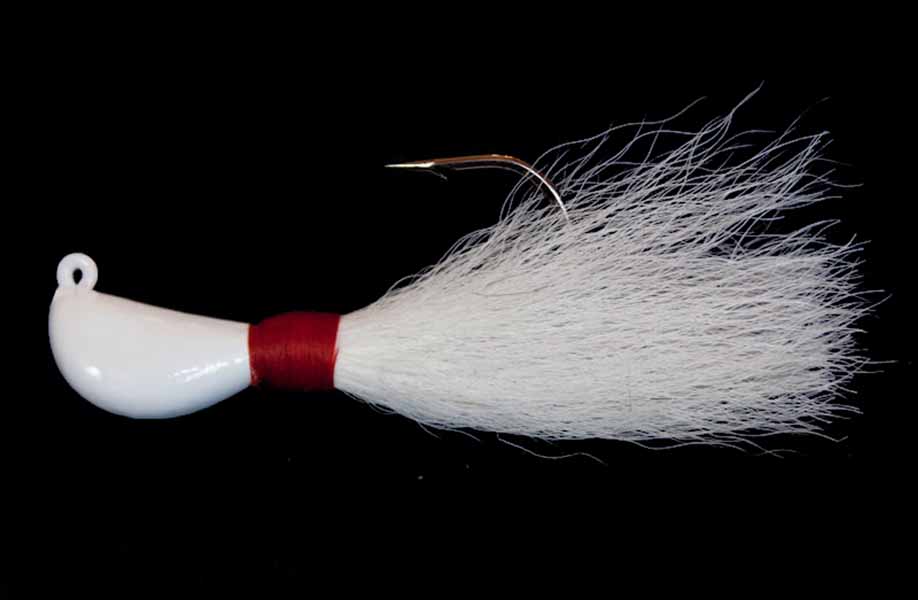 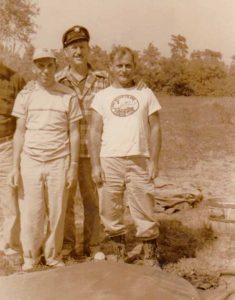 The Long Beach Island Fishing Club found some of the best fishing places on the east coast with the assistance of the Upperman brothers. Accomplished fishermen and true sportsman, Bill and Maury Upperman were the developers of the famous Upperman Bucktail Jig.

A small, compact fishing lure, the Upperman Bucktail Jig was designed to move quickly through water. With a skilled fisherman on the opposite end, the Bucktail creates that zippy, darting action that most fish find irresistible. This makes it a deadly weapon.

Bill and Maury produced their lures by hand for many years. Molten lead was poured into small cast iron molds to create the famous lima bean-shaped body of the lure. Each lead ingot was then hand painted and attached to a hook. Their secret, learned from the Indians, was to tie on a tuft of fuzzy hair from the tail of a white-tailed deer – the Bucktail. The simplicity of the design gives it the versatility of catching fish in salt or fresh water. 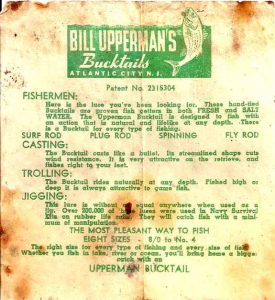 The Upperman brothers were the first commercial maker of the Bucktail Jig. Their popular lure became world famous when the U. S. Navy made it standard issue as part of the Navy pilot survival kit during World War II. After extensive testing the Navy selected the Upperman Bucktail because it was by far the best. Whether danced through the water on a hand-held line or tied to a bobbing survival raft and jigged by the waves, the little lure caught fish and saved lives.

During World War II, my father – U. S. Navy Pilot Dick Dagnall was shot down several times over the Pacific. As standard Navy issue, the Upperman Bucktail Jig must have been in his survival kit.

Bucktail Jigs have a rich history. For decades they’ve been a tacklebox staple for saltwater and freshwater fishing. Manufactured today in an array of colors, shapes, and sizes the Upperman Bucktail Jig is still the one to beat.