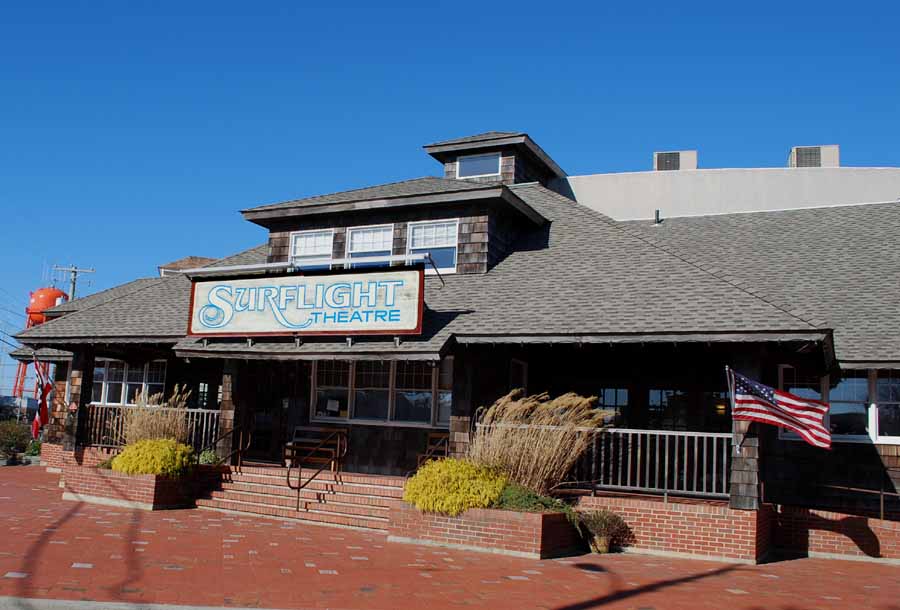 By Diane Stulga
Above photo by Sara Caruso

Sitting in the audience of Surflight Theatre on a cold, snowy day in December 2017, listening to Rosie Novellion Mearns speak of her crusade to save Radio City Music Hall, I was filled with emotion. As she spoke, I recalled the struggle of the LBI community to save our beloved Surflight Theatre and the debt of gratitude owed to Al Parinello, Steve Steiner and others for their dedication, hard work and vision. Thank you. 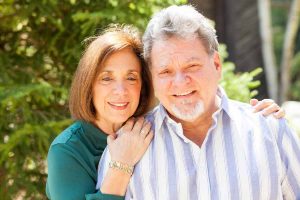 Some twenty years ago, while producing crowd-drawing concerts for several Atlantic City casinos, Al was approached by the directors of the Atlantic City Plaza Hotel for fresh ideas to broaden their entertainment venue. Always interested in a new challenge, Al offered to bring various Broadway musicals to the Plaza. While in the formative stage of his new musical theatre venture, Al was introduced to Steve Steiner, the Producing Artist Director of Surflight Theatre on LBI. In 2002 they formed a partnership Theatrical Productions in Atlantic City. Together, they produced Broadway On the Boardwalk a successful series of musicals at the Plaza in Atlantic City. Their partnership and a mutual interest in theatre spawned a friendship. “We have remained friends throughout the years,” said Steve.

In 2015, Al learned Surflight Theatre had closed its doors, after more than six decades of curtain calls. Unable to recover from extensive losses caused by Superstorm Sandy and a fire the locally iconic theatre filed for bankruptcy protection under Chapter 7.

After numerous efforts to save Surflight failed, Steve contacted Al. “We spent hours on the phone daily,” said Al. While learning more about Surflight, Al fell in love with the historic theatre. “It’s a gem,” he said. In the end, he took on the protracted process of negotiating with TD Bank to purchase the Surflight property.

In March of 2017, after seemingly endless obstacles, Al Parinello purchased the Surflight Theatre at auction from TD Bank for two million dollars. With that, he immediately began the massive rehabilitation of the buildings and undertook theatrical production for the opening season.

The day after reassuring the community of his intention to reopen the theatre, as Al pulled up to Surflight he was greeted warmly by a group of people from the LBI community. “There they stood – with pails, brooms, and mops,” said Al. “They wanted to know where to start.” For Al, it was an emotional experience that confirmed his belief in saving the theatre. “I knew I’d made the right decision,” he said. “It was all worth it.” 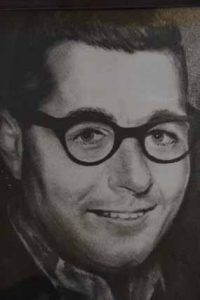 A framed vintage photo of the original founder of Surflight Joseph P. Hayes was given to Al by an anonymous gentleman. “He came into the theatre carrying it in a bag,” said Al. “He’d found the old framed photo at the curb in front of the theatre and wanted me to have it.” For Al, it illustrated the heart of the LBI community and the intrinsic value of Surflight Theatre. “The real story here is the people,” said Al.

On June 23, 2017, Al cut the ribbon for the grand reopening of Surflight Theatre. The season premiered with the musical Footloose. According to Steve, the 2017 season was a tremendous success. “Last year we exceeded our expectations. This allowed us to reinvest in Surflight with repairs and improvements,” he explained. “Our community is all the better because of Al’s dedication and involvement.”

Al’s vision of the future is clear. “I want Surflight to be bigger and better than ever before,” said Al. In addition to first rate productions, and the possibility of year-round activity, Al’s vision includes the increased involvement of local artists and the LBI community. “I want it to become a beacon of light for LBI,” said Al. Like the LBI community Al has come to know, he believes Surflight Theatre is part of the local culture.

Heading into its second season with a stellar lineup for 2018, the future of Surflight Theatre shines bright at the south end of LBI. For information on upcoming shows go to surflight.org