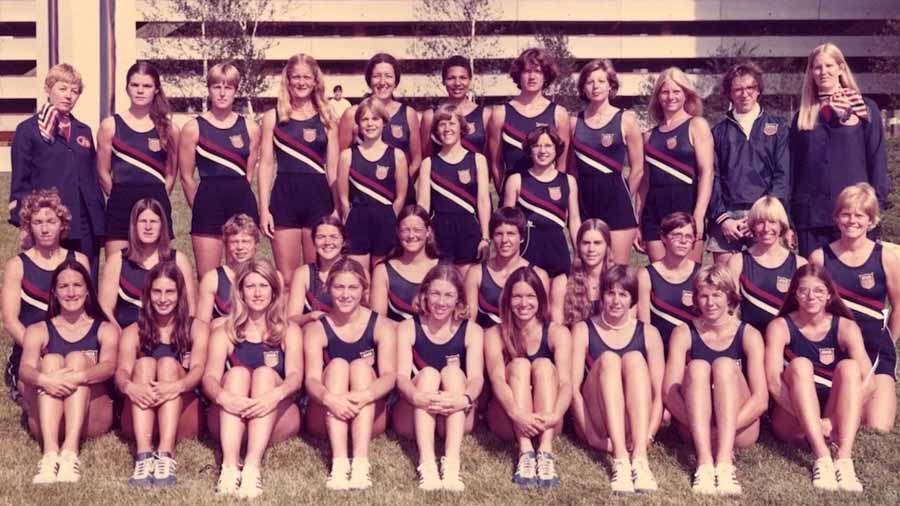 The modern Olympic Games were established, in part, by Pierre de Coubertin in 1894. The five interconnecting rings on the Olympic flag symbolize the continents of the world and the friendships formed at the international competition. The Olympic Creed reads: “The most important thing in the Olympic Games is not to win but to take part, just as the most important thing in life is not the triumph but the struggle. The essential thing is not to have conquered but to have fought well.” To level the playing field, only amateurs were allowed to participate in the Games.

Pam Behrens, who vacationed in Surf City since childhood, and now is a resident in Beach Haven West, decided in 1972 to learn to row at the Vesper Rowing Club in Philadelphia. Despite being twenty-five years of age, out of shape, and never having rowed, she seemed to be a natural. Pam worked hard, and success came quickly. Over the next three years, Pam would win Nationals three times and participate in the World and European Championships. In 1976, she was chosen to attend the U.S. Olympic Selection Camp. At the time, athletes from the U.S. were true amateurs. Expenses often came out of the athletes’ pockets or fund raisers. Friendships were quickly formed both on the water and in the Vesper clubhouse. Ultimately, Pam and five other female rowers from Vesper were chosen to represent the U.S. in the 1976 Olympic Games in Montreal.

After the 1976 Olympic Games, Pam decided to devote more time to her profession as a cardio-catherization nurse. She still, however, competed in Masters rowing events. Masters is a polite euphemism used for older people in age group competitions. Pam was an assistant coach for the U.S. Rowing Team at the World Championships in Amsterdam. She served on the committee responsible for establishing the athlete selection process for the 1980 Olympic Games, was involved in establishing two sports festivals for rowing, and was elected to and served on the board of directors of the U.S. Rowing Association for several years. Pam now enjoys knitting, ckayaking, and ballroom dancing. To this day several members of that Olympic team and their friends meet once a month to play bridge. Pam always hosts the group in the summer, so friendships and memories can be shared in a day on the bay behind LBI.

Cathy Menges competed in the same boat as Pam at the Olympic Games. They were in the first ever women’s rowing event in any Olympic Games. When their oars touched the water for the first time, Pam and Cathy became a part of Olympic history. Cathy rowed in the 1975 and 1976 World Championships. She later married Robert Zagunis, who also rowed in the 1976 Olympics. Their daughter, Mariel Zagunis, a fencer, competed in the 2008 and 2012 Olympics and won one silver and two gold medals. Cathy, a retired nurse like Pam, now lives in Portland, Oregon.

Diane Braceland competed in the 1974 and 1975 World Championships and the 1976 Olympics. Like Cathy, Diane also married a 1976 Olympic rower, Darrell Vreugdenhil. She taught for many years at the Gladwyne Montessori school. Her father, George Braceland, set the world’s indoor rowing – ergometer record for the age group ninety to ninety-five. Today, Diane still lives in the Philadelphia area.

Twin sisters, Ann and Marie Jonilk served as alternates on the 1976 Olympic team. Their mother, Mary, helped establish The Philadelphia Girls’ Rowing Club in 1938, and, of course, their father was a rower. The twins have four brothers who also row. Ann and Marie were both on the U.S. national teams in 1973 and 1974. Ann and Marie are still members of the Vesper Boat Club and continue to compete at the Masters level and still excel in these events. Ann lives in Philadelphia, while Marie lives in Lititz, Pennsylvania.

Anita DeFrantz was the captain of the U.S. rowing team at the 1976 Summer Olympics, winning a bronze medal in the women’s eight. In 1980 the U.S. government boycotted the Summer Olympic Games in Moscow, Russia. DeFrantz played a prominent, but unsuccessful role in fighting the boycott. Many years later she received a Congressional Gold Medal for her efforts. Anita continued her association with the Olympic Games, as she was appointed to lifetime membership in the organization in 1986. She became the first vice-president of the International Olympic Executive Committee in 1997 and served until 2001. Later she returned to the executive committee and was elected to a four-year term as vice-president in September 2017. Anita now resides in Santa Monica, California. 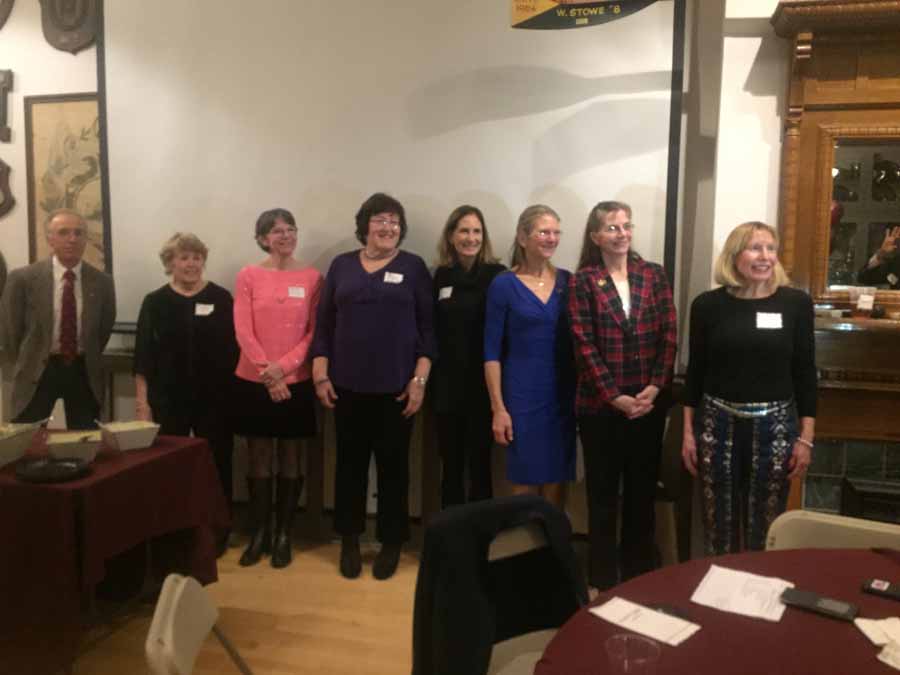 These Olympic athletes from the Vesper Boat Club were coached by John Hooten. John coached at Vesper for many years and helped eighteen women reach the Olympic Games, including his future wife, Susan Morgan, a now retired pediatrician. Susan also became a member of Vesper after the 1976 Olympics. John, like Ann and Marie, participated in competitive Masters rowing. On March 5, 2018, John was doing what he loved, rowing in his single on Lake Natoma in Sacramento, California to prepare for a competition when tragedy struck. John had a heart attack and fell out of his boat. Most of the Vesper Olympians attended his funeral in California or a memorial held on Boat House Row in Philadelphia. Recently, Pam Behrens and seven other Vesper girls rowed a boat in Philadelphia dedicated to the late John Hooten. Susan Hooten lives in Granite Bay, California.

Starting slowly, after the last great amateur victory, “the Miracle on Ice” in 1980, professional athletes were allowed to participate in the Olympics. In the U.S. professional athletes are not paid to be at the games, but, there are financial rewards if they perform well. U.S. Olympians earned $37,500 for each gold medal, $22,500 for each silver, and $15,000 for each bronze won at the Pyeongchang Winter Olympics in 2018. In team sports, each team member receives an equal share.

Pierre De Coubertin would be proud of these athletes. The friendships made continue. The places visited, people met, and memories made will accompany them for the rest of their lives. They represented an entire country with grace and dignity on the biggest stage in the world, the Olympics. Despite no monetary incentives and little financial aid, the 1976 Vesper Boat Club Olympians, had a priceless experience and proudly represented the true definition of the Olympic Creed.