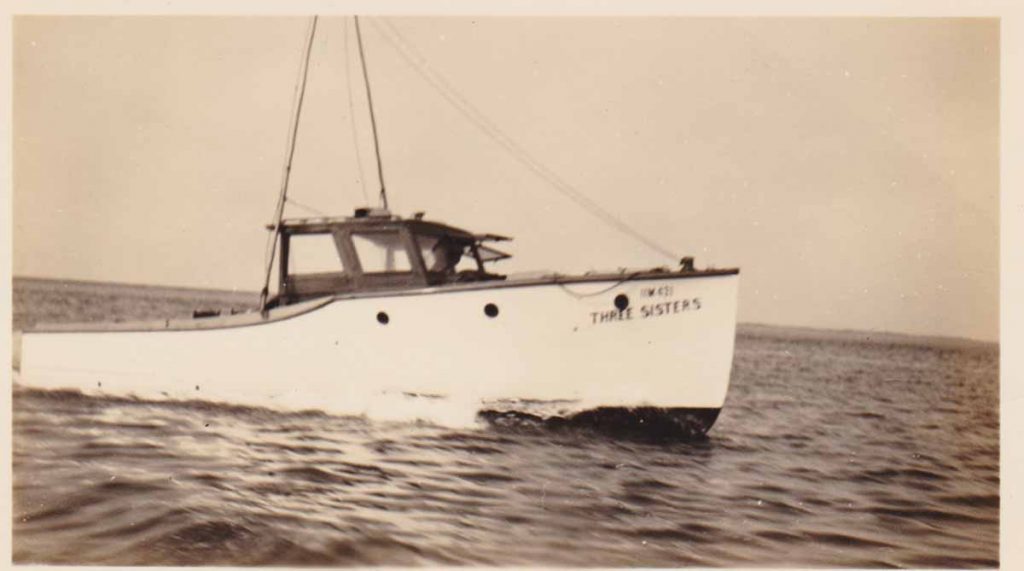 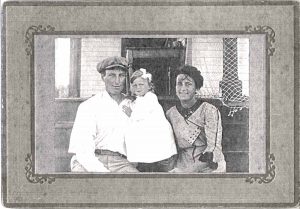 For more than a century, commercial fishermen of Barnegat Light have braved the waters of the Atlantic. With husbands at sea, wives waited for their return with their eyes on the horizon, and both hands firmly on hearth, home, and children.

Alone while their husbands fished for days at a time, the responsibilities of life on dry land quietly rested in the hands of their wives. Long before the women’s movement of the 1960s, the fishermen’s wives of Barnegat Light independently raised children, ran households and businesses, worked outside the home, and created social structure and support systems for their children, themselves, and for their men at sea. In many ways the women within the Norwegian fishing community were ahead of their time.

Marion Larson lives in Barnegat Light in the home where her seven children were raised. The house on 12th Street originally belonged to the parents of her late husband Captain John Larson. Surrounded by trees, the front porch is tranquil and cool in the early afternoon heat of August. “It wasn’t this quiet when the kids were here,” says Marion with a soft laugh. “When John bought his father’s house and fishing boat in 1962, I thought he was crazy. I thought we’d starve to death or be eating beans for the entire winter.” Alone, while John fished for days at a time to support the family, Marion fixed up the big old house and settled their young children into their new home. “Oh,” she says knowingly, “I learned to do all kinds of things.” 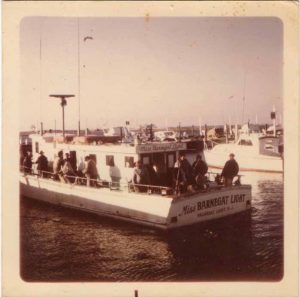 Despite the inherent hazards of commercial fishing, Marion explains, “I was too busy with the kids to let myself worry about John. Fishing was his job. He went off to work just like other men. I worried later…when our boys went to work with him.”

A graduate of the University of Vermont, John Larson had not planned to follow his father into the commercial fishing industry. “He was not a fisherman when I married him,” says Marion. But after finding his chosen career unbearable, John turned to commercial fishing. “He hated working in the lab at Roebling,” explains Marion.

Growing up in Beach Haven, at age fourteen Marion met John at a local school dance. “He was the only boy with nerve enough to walk across the room to ask me to dance,” recalls Marion. Married in 1953, Marion and John went on to have seven children, the first six within nine years.

With John at sea, Marion raised the children, ran the household, and provided John with organizational support at home. “John was always an enterprising young man,” says Marion with pride. “He built great relationships within the fishing industry.” With Marion at his side, John went on to successfully pioneer tile fishing and became a leader in the East coast fishing industry. In 1975, John and a partner purchased the Independent Fishing Company, now known as Viking Village. Today, Marion is the owner of several fishing boats and a partner on other vessels with her children.

As the daughter of a commercial fisherman, Barnegat Light native Anna Lisa Olsen Ray was accustomed to her father being away from home. “My father was a fisherman his entire life,” she explains. “He fished every day, at times he was gone in bad weather. If my mother ever worried about him, she never let it show.” 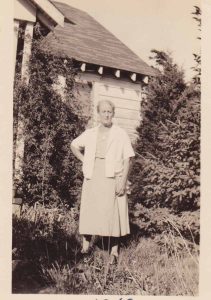 “My grandmother Martha Hoff immigrated to the United States from Norway in 1910,” says Anna Lisa. After marrying Norwegian fisherman Arne Hoff in Brooklyn, New York, Martha Hoff eventually settled in Barnegat City, now known as Barnegat Light, where she raised her daughter Evelyn Hoff and ran a business. “She rented the Signal House at 6th and Central Avenues in Barnegat Light and ran it as a boarding house for fishermen,” explains Anna Lisa. “It was where my parents first met.”

Otto Olsen left Norway in 1917 at age fourteen and eventually settled in Barnegat City in 1923. While a boarder at the Signal House he met Evelyn Hoff. “My mother was sixteen-years old when they eloped to Elkton, Maryland in 1929,” recalls Anna Lisa. “My father was a founder of the Independent Fishing Company.”

A vintage photograph of a wooden fishing boat hangs on the wall near the kitchen in Anna Lisa’s Barnegat Light home. “That was my father’s fishing boat Endeavor,” she says glowingly. Anna Lisa goes on to explain, her father’s 1945 purchase of the seventy foot dragger was a financial risk. “It required him to spend longer periods of time at sea,” says Anna Lisa. Now with Evelyn expecting their third child, Otto fished for a week at a time. “The night sister Sonja was born father was out fishing to pay for the doctor,” she recalls. For a time in the 1940s, Otto fished from the vessel Three Sisters.

Like her mother Martha, Evelyn worked outside the home. Strong and independent, she raised three daughters and maintained the household, made important decisions, provided organizational support for Otto, and worked as a bookkeeper for the Independent Fish Company for many years. For Evelyn, life on dry land was always busy. “Each year my mother hosted a Summer Open House at our home,” recalls Anna Lisa with a broad smile. “Everyone came to the house. Even the Coast Guard attended.”For many women with extended family far away and husbands at sea for days, social gatherings for birthdays, afternoon teas, holidays and church functions provided friendship and much needed support.

Zion Lutheran Church was central to faith-based and social activities. Built by the fishermen of Barnegat City, the women filled it with children, taught Sunday School and Vacation Bible School, hosted social events, and raised funds to maintain the building. “My mother was involved in Sunday School,” says Anna Lisa. “I played the organ at Church service and my sisters took collection.” 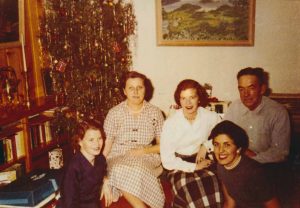 Many of the women were involved in social gatherings at the Barnegat City Volunteer Fire House. “There were card parties and Bingo every week,” recalls Anna Lisa. “The trucks were moved out and tables set up. Occasionally, there was a party on Saturday night. They were good fishermen,” she says warmly. “They were good men – down to earth.”

Instinctually, the women within the Barnegat Light Norwegian fishing community created social events that enriched the lives of their families, strengthened bonds of friendship, and assembled extended family where none existed. Their inner strength, grace, talents, and constant influence ultimately created an environment in which their families and husbands thrived. For the fishermen’s wives of Barnegat Light, their independence and roll of supporting partner at home was a natural extension of caring for their families.

Somewhere in the shade trees above the porch the song of a cicada plays. “I never gave it too much thought,” says Marion Larson brushing a few soft white curls from her forehead with her hand. “You just do what needs to be done.”