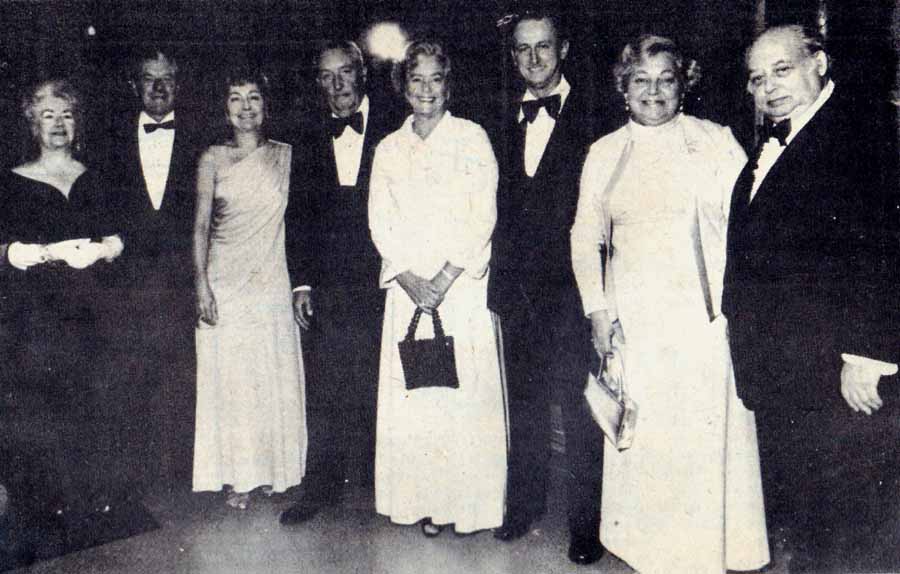 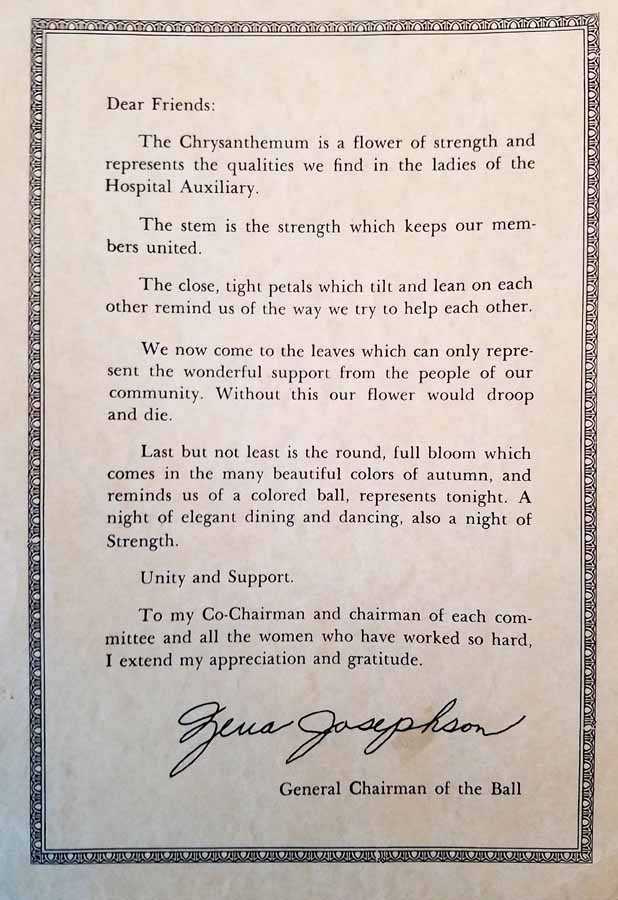 When Zena Josephson made Long Beach Island her family home in the 1950s, the closest medical facility was nearly an hour away. Like many residents, she came to believe a local hospital to serve the region’s thirteen growing communities was vital.

In 1955, local women formed the Southern Ocean County Hospital (SOCH) Auxiliary, 17 years before the hospital became a reality. Tasked with raising 100% of the funds for a much needed hospital, the Auxiliary Ways and Means Committee was chaired by Ship Bottom resident Zena Josephson. Through the committee’s dedication and tireless efforts, Southern Ocean County Hospital officially opened in 1972. The hospital has a history of caring for the community for more than 40 years, and is currently known as Hackensack Meridian Health Southern Ocean Medical Center. Today, the medical center is part of the most comprehensive and integrated health network in New Jersey, Hackensack Meridian Health.

Zena and Abraham Josephson moved to Ship Bottom from the Philadelphia area in the 1950s. Initially working with family at Koseff’s Pier 18 in Beach Haven, they later opened A & H Printing & Card Shop in Ship Bottom. While operating a business and raising children, Zena became very active in the community serving as president of the PTA, and the Soroptimist a worldwide volunteer service organization for business and professional women. As Chairperson of the Auxiliary’s Ways and Means Committee, Zena Josephson’s fund-raising style was creative, fun, and very successful. Raffles, coin tosses and Nights at the Races were soon followed by innovative and newsworthy events like the Mile of Dimes. 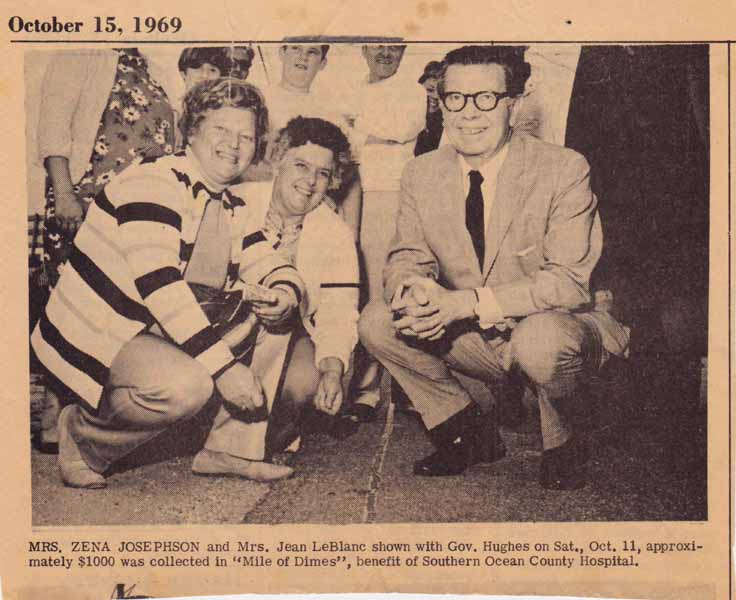 With Zena as General Chairperson, and an eye toward creating an annual source of funding, the Auxiliary Ways and Means Committee planned a distinctive kind of fundraiser – an elegant gala. Determined to be successful, the coming months were filled with committees, donor luncheons, kick off parties, and hard work.

In 1972, the first annual Chrysanthemum Ball was hosted by the SOCH Auxiliary, and general chairperson Zena Josephson. Over the next eighteen years, an estimated 5,000 residents participated in the elegant annual affair and raised $2 million for Southern Ocean County Hospital.

Created in her honor, The Zena Josephson Award for Volunteer Service is presented annually by Southern Ocean Medical Center to an individual for outstanding volunteer efforts. 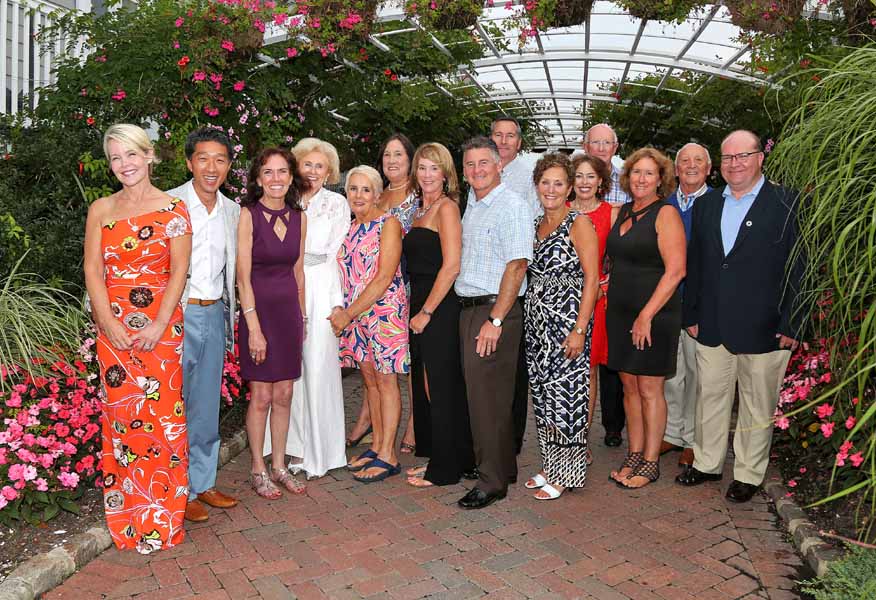 Over the past several years, numerous investments to facilities and services at Hackensack Meridian Health Southern Ocean Medical Center have brought new treatments, breakthrough technologies, and skilled expertise thanks to the continuous fundraising efforts of the Boosters, Holly, Laurel, and SOCH Auxiliaries, now part of the Southern Ocean Medical Center Foundation. Committed to maintaining the highest standards in health care in our community, the Foundation proudly hosts the Signature Social, the one and only prestigious fundraising event every year on Bonnet Island Estate, Long Beach Island. Chaired by Joseph Lattanzi, M.D., and Kimberly Hogan, M.D. and Thomas Yu, M.D., and Jane Yu, the exclusive cocktail reception generates financial support to ensure ongoing excellence in patient care at Southern Ocean Medical Center for the community.

The fourth annual Signature Social will take place on Friday, July 20, 2018 from 7 p.m. to 11 p.m. on Bonnet Island. For tickets or more information, please visit HackensackMeridianHealth.org/ SOMCSocial, or call (732) 751-5101.