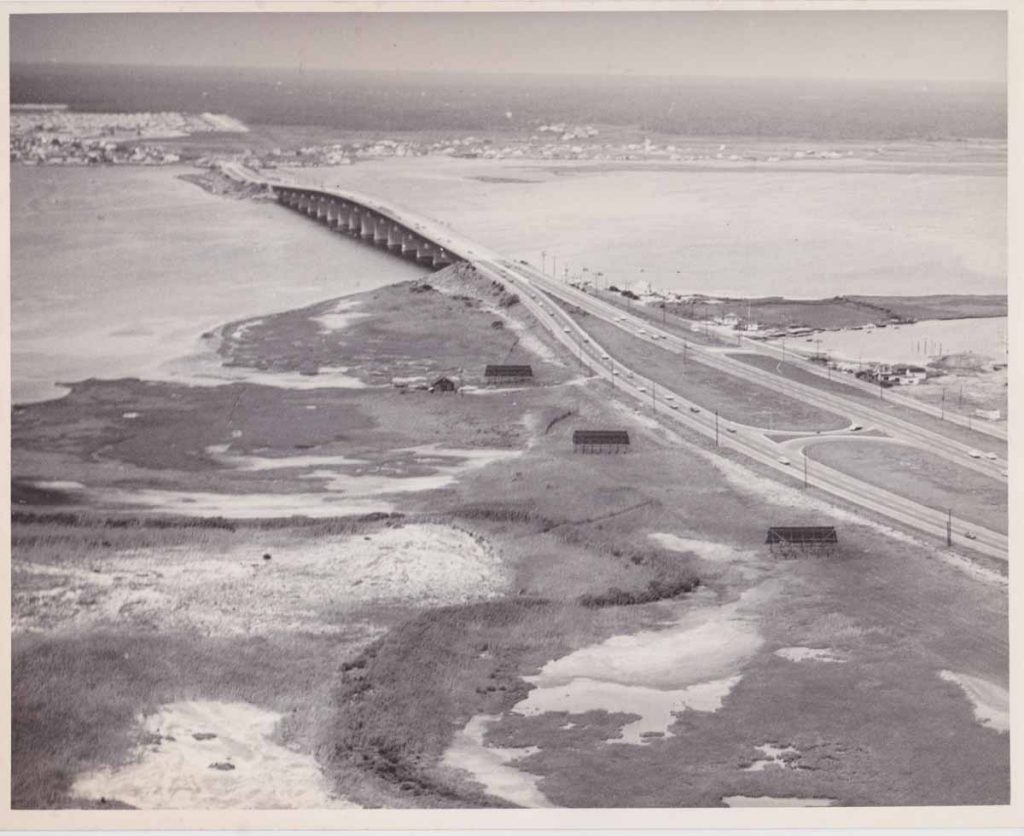 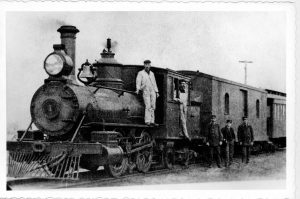 Fenimore and Hamilton on the ‘Yellow Jacket’ engine and train at the Barnegat City Station, ca. 1890. Photo courtesy of the Tuckerton Historical Society

Change came to Long Beach Island in 1896 in the form of steam and steel as the first locomotive rumbled over the Manahawkin Bay on the Tuckerton Railroad bridge bringing with it the era of modern transportation. Until then, transportation to the 18-mile barrier island had remained unchanged since the beginning of time.

No longer the sole means to reach the island, the ferries that transported visitors and residents became obsolete. Construction of the Tuckerton Railroad bridge connecting Manahawkin to Long Beach Island connected LBI to Philadelphia and New York. The construction of the Long Beach Island Railroad extended track throughout LBI – dotting the island with train stations and waiting sheds. The new ease of accessibility brought opportunity, development and convenience, along with the materials necessary to bring them into being.

“My father worked part-time for the Tuckerton Railroad,” said Ike Johnson whose father Daniel B. Johnson. Sr. worked for both the Pennsylvania Railroad and the Tuckerton Railroad from 1917 to 1923. “He was in charge of the tracks that ran from Beach Arlington to Barnegat City. He was responsible for replacing tracks and was called when an accident occurred.” 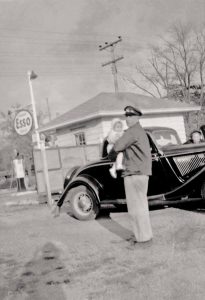 Nearly everything moved across the bay by rail for the next 18 years. “The mail came to Manahawkin by train,” recalls Larry Oliphant. “During the winter my grandfather, Rufus Cranmer, took the mail by railroad handcar from Manahawkin to Barnegat City.”

A 1935 nor’easter would destroy the Tuckerton Railroad bridge severing the rail connection to Long Beach Island. No longer feasible or economically viable the railroad would slip into history. But by then, the car was king.

The wooden Causeway bridge introduced automobile traffic to Long Beach Island for the first time in 1914. A state-of-the-art hand-operated drawbridge section allowed for the passage of boat traffic on the bay. A parade heralded its opening on June 20, 1914. “My dad, Joseph Allen Oliphant, remembered watching the parade for the grand opening of the old wooden Causeway bridge when he was eight years old,” recalls Larry Oliphant. “For a short period of time, the bridge functioned as a toll road.”

An impetus of change, the old Causeway brought development, opportunity and an increased year-round population. The Esso gas station on Bay Avenue in Manahawkin was symbolic of change. “Between 1920 and 1940, my grandfather, Rufus Cranmer, built and owned two gas stations in Manahawkin – one on each side of the avenue,” explains Oliphant. “My grandfather always said “Coming onto the island or leaving the island – either way they’ll need gas.”

Change arrived in an unexpected manner for the parents of Bill Cordray of Long Beach Island. “My parents were on their way with the midwife to Pinewald Hospital in Toms River,” muses Bill. “They never made it. I was born on November 11, 1942 on the old Causeway right near Charlie’s Bar where The Dutchman’s stands today.” 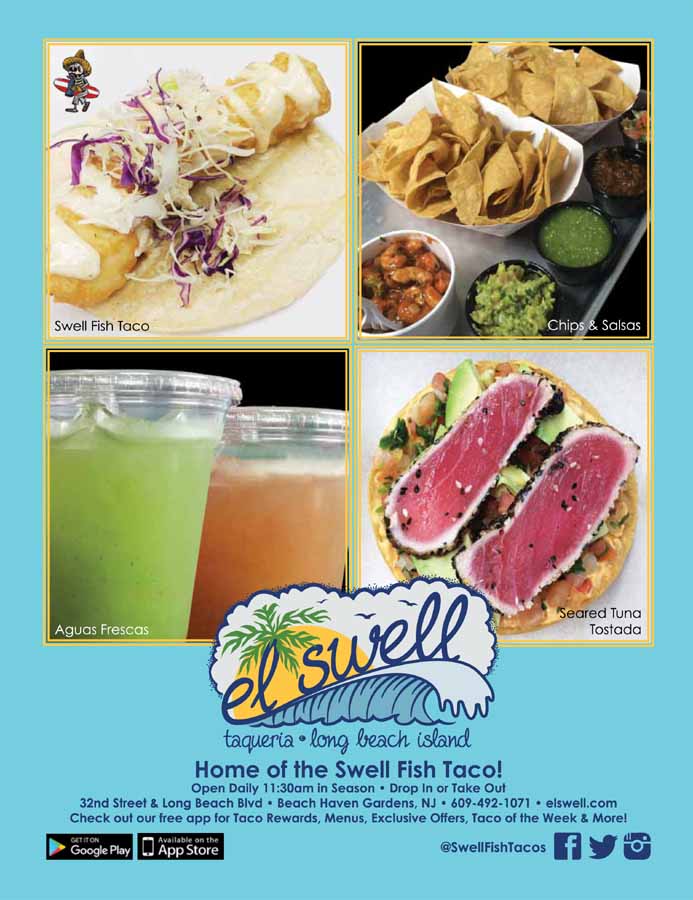 The late Robert Potter recalled the old Causeway bridge from above and below having sailed his sneakbox through the open drawbridge in a hail of garbage rained down by an annoyed bridge tender and the flat tires that were a result of driving across its wooden deck. Believed to be improperly nailed down, the wooden deck of the old Causeway bridge was notoriously the cause of flat tires. “The bridge tender used a big hammer to pound the spikes back in,” laughed Robert. “It never helped. When you drove over the boards, they flew up and gave you a flat tire.” As a teen, he’d once driven his car across the bay on the old railroad tracks in an effort to avoid another flat.

Two miles long, two lanes wide, the Causeway had a mean elevation approximately five feet above the waters of the bay. Storm winds frequently drove the swollen bay onto the low-lying bridge deck. Shirley Lamson of Beach Haven recalls an experience with flooding on the Causeway bridge while a student at Barnegat High School. Pushed by the winds of an approaching storm, “the bay was flowing right across the bridge.” According to Shirley, the Barnegat High School bus was forced to turn around.

Believed to follow the footpaths of the Lenni-Lenape, New Jersey Route S40 ran through the Pine Barrens from Four Mile Circle in Burlington County to Manahawkin in 1927. Improvement in 1941 extended it to Ship Bottom. “In 1953 S40 was officially renumbered Route 72. “The state allowed Ocean County to use the original right-of-way granted for S40 for the new construction,” explains Larry Oliphant. “The old S40 roadbed became the foundation of Route 72.”

Route 72 remains a two-lane undivided highway through the Pine Barrens. Further improvement in 1957 expanded it to four lanes at the Garden State Parkway exchange in Manahawkin and over the original Manahwakin Bay Bridge. Heralded as The Road of Tomorrow, the Garden State Parkway was designed to provide an esthetic and direct path through New Jersey. The ease of access to and from shore towns 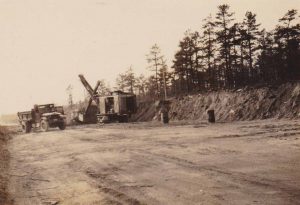 1948 – The old roadbed of South 40 was used as the foundation for Route 72. Photo courtesy of Jackie Sparks

has been deemed to have had an immeasurable positive impact the economy of Long Beach Island. Constructed between 1952 and 1957, the Parkway arrives in Manahawkin at exits 63A and 63B.

The four lane Manahawkin Bay Bridge replacing the old wooden Causeway was constructed in 1957. Known locally as the Causeway, it was formally renamed the Dorland J. Henderson Memorial Bridge in 2007 for the inventor of the unique handrail lighting system – The String of Pearls. Seen from a distance the lights appear as an illuminated strand of perfect pearls spanning the indigo bay and evening sky. Over the past 57 years the old bridge has provided access to Long Beach Island.

When completed the old and new bridges will stand side by side. As they carry Long Beach Island into the coming centuries two Strands of Pearls will illuminate the way.