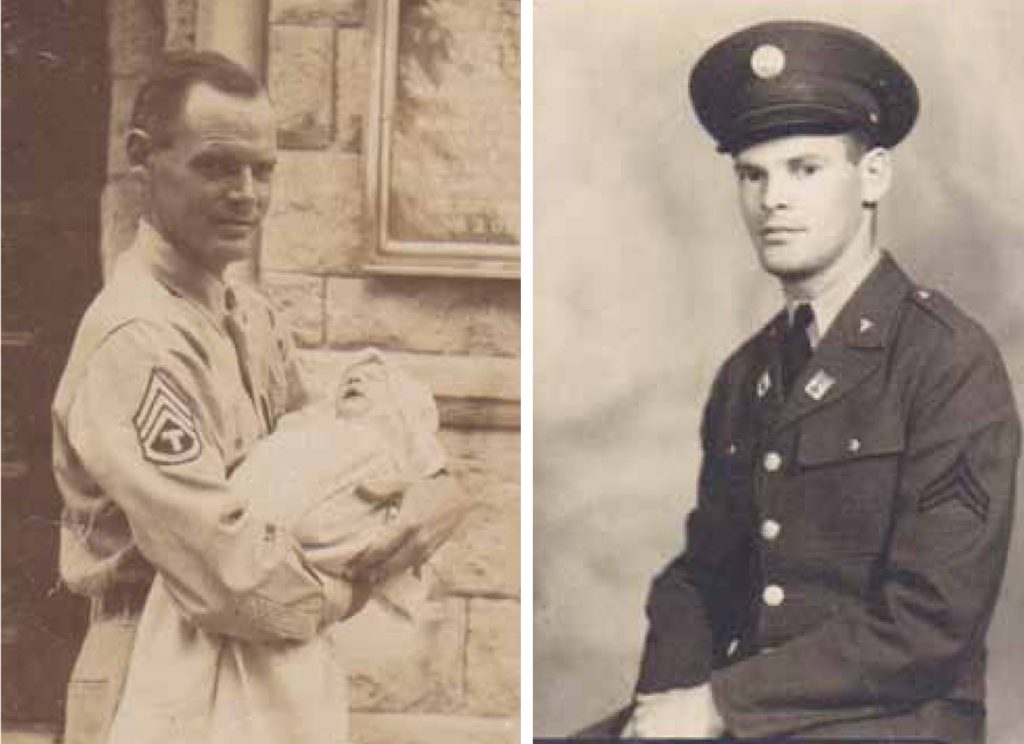 On May 23, 2016 Robert H. Potter will see something never seen by most people: his ninety-ninth birthday. After all, at this age he has seen many things others have not and never will: from driving his Model-A Ford over the old wooden Causeway Bridge and sailing a sneakbox beneath its rickety boards to witnessing the conflagration of the Hindenburg; being entertained by Al Jolson in a local courtroom; seeing firsthand the emergence of his cousin Doc Cramer as a major league baseball star; to watching bootleggers smuggle liquor through local creeks during Prohibition. Robert recalls these fading events of local history with youthful ease and bright eyes that belie his ninety-eight years.

Born in 1917, Robert H. Potter is the oldest full-time resident of Long Beach Island. That year Beach Haven saw the completion of the twenty-two block long boardwalk at the Engleside Hotel. Horse-drawn carriages delivered patrons to the few hotels on Long Beach Island. Most homes were still lighted by gas lamps, and automobiles were started with the turn of a crank instead of a key. The Tucker’s Island lighthouse was still standing and the ocean hadn’t yet created Beach Haven inlet.

When the Spanish Flu pandemic of 1918 reached New York, Robert’s parents Edward F. Potter and Mary A. Struthers fled bringing one-year old Robert and his brother Edward to the safety of the house built by his paternal grandfather on Willets and Thomas Avenues in West Creek. Later, Robert’s parents adopted brothers Ralph and Walter Cramer, the orphaned children of his cousin. “My parents raised us as brothers.” Robert recalls. “There was a lot of love.” Surrounded by extended family, Robert lived
there until entering the Army.

Sunday dinners were in Beach Haven at his Uncle William’s house. His cousin Roger “Doc” Cranmer of Beach Haven would go on to become a major league baseball pitcher for the Philadelphia A’s and the Red Sox. “Sometimes my brother Edward caught for him.” Robert attended school in the local one-room school-house. “Every child in the area went to that school.” For him it was the kind of place “where everyone knew each other and watched out for each other.” Robert laughs recalling the day he ate strawberries from a neighbor’s garden. “Oh…you couldn’t get away with anything. The news reached home before you did.” 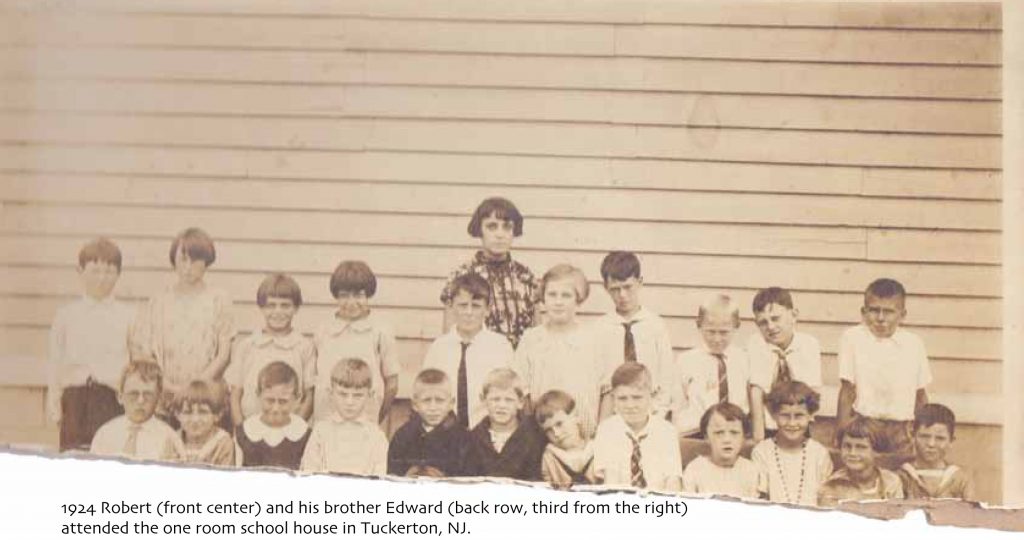 Time seemed to move slower in those days. Summers were spent fishing, clamming, and swimming. “There were no big summer crowds in those days,” recalls Robert. “No traffic or traffic lights either.” The train brought summer tourists to Long Beach Island. “Bathing suits were a little different too,” he jokes. Robert recalls building fires on the beach at Barnegat Light House – fires built with salty wood that sparked and crackled. “We used to sit on the beach and watch the embers float up into the night sky like stars.” Robert’s father Edward F. Potter was the local Magistrate when Al Jolson was brought in by State Troopers for speeding in Tuckerton on June 21, 1923. His appearance brought excitement and a crowd of locals hoping to see the world famous entertainer. Six-year old Robert and his brother watched from a seat in their father’s courtroom. “He paid a fine. Then he stayed a while and entertained everyone in the courtroom,” recalls Robert. “Everyone thought he seemed like a nice sort of fellow.”

Robert remembers sailing his sneakbox up to the hand-operated drawbridge of the old wooden bridge that connected Manahawkin to Long Beach Island. “It had a big sail and a real tall mast. The bridge tender wasn’t too happy to have to come out of his house to open the bridge for a couple of kids to sail through,” laughs Robert. “Sometimes he threw garbage down at us when we sailed through.”

According to Robert, the old Causeway bridge was avoided because the boards on deck were not nailed down. “The boards flew up and gave you a flat tire.” One night in 1937 to avoid taking the bridge, Robert decided to take the train tracks across the bay to the island. Located to the left of the old bridge, the unlighted railroad track had open water on both sides. Before driving onto the railroad tracks Robert let some air out of his tires. The partially deflated car tires “fit right on the railroad tracks,” he explains “And, the heat from the friction kept the tires on the tracks.”

As a young teen Robert spent summers working on fishing boats. He worked on party boats from Tuckerton and fishing boats out of Beach Haven Yacht Club on Dock Road. “In those days you slept on the boat and your wages were paid to your father,” Robert says smiling and shaking his head. “I got a 15 cent weekly allowance and I was allowed to keep my tips.” He also worked as a captain’s mate on Captain Finamore’s fishing boats the Rainbow and Four Sisters. Robert recalls the excitement of a huge swordfish hooked by a customer while working on the Rainbow. “It danced on its tail – up and out of the water on its tail.” A passing cruise ship, The Queen of Bermuda, cut its engines. Its passengers took photographs and watched.

Over some months Robert and his friends had watched the German airship Hindenburg “sail up and back over Long Beach Island.” On May 6, 1937, Robert and three friends took his Model-A Ford to Lakehurst, New Jersey to watch the Hindenburg dock. “We wanted to go see what all the excitement was about.” Unable to get close to the docking area because of the crowd, Robert drove down a small back road and up to the fence.“ We could see the Hindenburg as it was coming in just above the tree line.” Determined to get a closer look, Robert and his friends were climbing the fence as the Hindenburg exploded. “We saw the burning ship, smoke and fire,” recalls Robert. “We got out of there fast.” Only later did the boys realize that the heat from the fiery explosion had singed their hair and scorched their faces red. “Mother was really upset with me that night,” he said. “I gave her an awful scare.”

After graduating from Tuckerton High School in 1937, Robert worked at the A & P in Tuckerton and as a local bayman. Enlisting in the U.S. Army in 1942, he served in the Medical Corp. He was 82 miles from Hiroshima when the first Atomic bomb was deployed. Serving in the South Pacific as a medic, “You see things that never leave you – things you can never forget.” Robert says softly. “It does something to you.”

Robert and Rita Morrissey of Prince Edward Island, Canada married in 1943. “She had beautiful red hair,” Robert recalls with a huge smile. Their son Robert Jr. was born in 1945 while Robert was in the Philippines. News of the birth didn’t reach him for two months. A daughter Cathy would come along at a later date. After discharge from the Army, Robert worked for the U.S. Postal Service. He retired in 1962 and moved his family to Surf City. The house he built at 234 6th Street still stands. “I built that one myself,” recalls Robert. He laughs and shakes his head “I had to pay a $100 fine for building it too high. Today you have to build them even higher.”

Today, Robert shares a home with his daughter-in-law and son Robert Jr. in Brant Beach. He has glimpsed historical events of Long Beach Island and the world for nearly a century. “When you get to be this age you’ve seen a lot,” he laughs warmly. “It’s hard not to.”