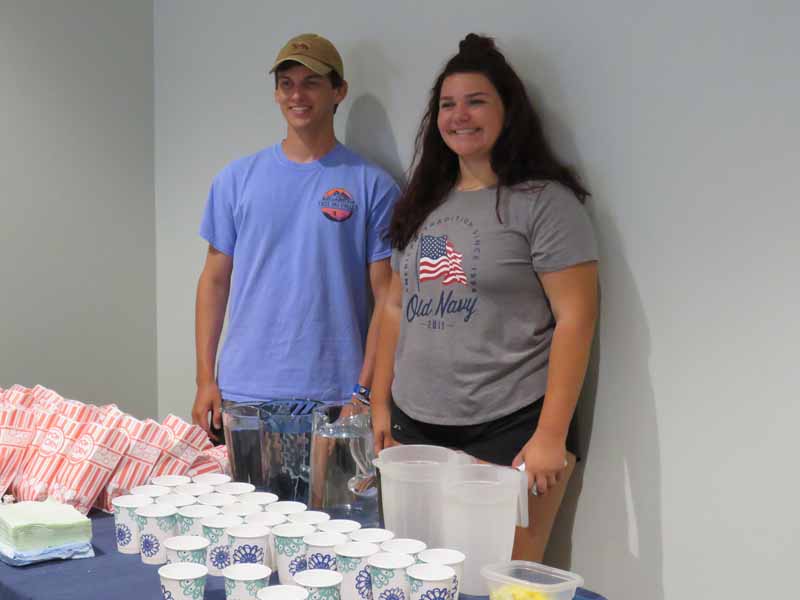 By Mary Wilding of Harvey Cedars, dubbed “The Green Grandmother” by her grandchildren

I consider myself fortunate to have lived close to the ocean for much of my life. There have been interruptions, but for the most part I have been able to walk to the shoreline – to hear the waves at night, to experience tranquil days and violent storms. I have been lucky enough to venture out onto the sea in a variety of crafts and although the conditions were variable, the striking constant was the vast and seemingly endless expanse of the ocean. We were able to share the ocean with our children and then grandchildren. They too have expressed their love of the sea. It seemed as though the ocean was endless and would always be a pristine treasure for all generations. 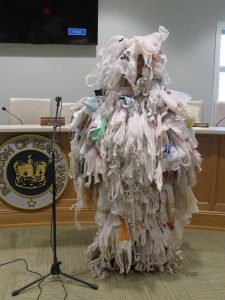 In September 2017, the documentary “A Plastic Ocean” was shown in Ship Bottom. It is an epic film that took four years to film in some twenty locations. Watching the film, I was once again struck by the vastness and majesty of the oceans, the concept that we are all connected by the intertwined flow of the seas around our planet and the diversity of the marine inhabitants. The film graphically showed the negative impact we have had on the marine ecosystem because of the constant and increasing flow of plastics into the oceans.

Reportedly, approximately nineteen-billion pounds of plastic garbage ends up in our oceans every year. Watching the necropsies of sea birds, fish and marine mammals that ingested the plastic was incredibly shocking. Learning about microplastics was startling. Seeing the piles of plastic debris on distant shores and their impact on the living conditions of people there seemed unreal. But, it is real. The film also provided strategies to address and hopefully reduce the flood of plastic.

As I left the screening I felt a great need to do something to make a difference. In the past, my friends and family had heard from me when we needed to rally against possible seismic blasting off our shores, for organized beach sweeps, or when petitions needed to be signed for a variety of marine protection causes. But after the film, the intensity of my message increased. I spoke with friends, our children and grandchildren citing all the daunting statistics about plastic pollution and the need to decrease the use of plastics and to increase recycling.

Weeks later a few of us who had seen the film found our focus. We thought one way to make a difference might be to encourage Long Beach Island residents and visitors to use chose reusable bags instead of plastic or paper. While a ban on single-use plastic bags will reduce the influx of new bags at the source, it doesn’t address the untold number of used single-use bags stashed away in nearly every household. It’s up to us to deal with them responsibly by following through with reuse, recycling, and proper disposal in a designated recycling bin located at many grocery stores. 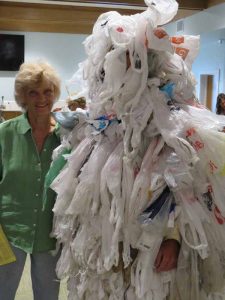 Single-use plastic bags are not the only pollutant in the ocean, but they are a great place to start. According to a 2016 report by the U.S. Environmental Protection Agency, as many as one-hundred billion single-use plastic bags in the U.S. and one trillion worldwide are used each year. An estimated less than five percent are recycled.

Members of The Garden Club of Long Beach Island signed a pledge to reduce plastic consumption, voted to stand behind the bag ban, and provided financial support for five showings on LBI of “A Plastic Ocean”. Our small but committed group began organizing film screenings, and soliciting the support of the community, and many environmental organizations.

Usually our family from Texas visits in August, but this year summer jobs, classes and college returns meant the only possible time a visit would be feasible coincided with our first film showing at the Beach Haven Municipal Building. All three grandchildren volunteered to go to the event. Megan and Matthew manned the refreshment table and Andy was ready to become the “Bag Monster” – a powerful walking example of the approximate 375 single-use plastic bags used by each one of us every year.

As we were pulling the heavy costume into place, I thanked Andy. “It’s important, Babi,” he responded. All my ranting had made an impression. Later I learned Megan had signed up to make recycling in her high school feasible. Matthew continues to bring environmental news to my attention. It will be up to the next generation to be the stewards of our planet.