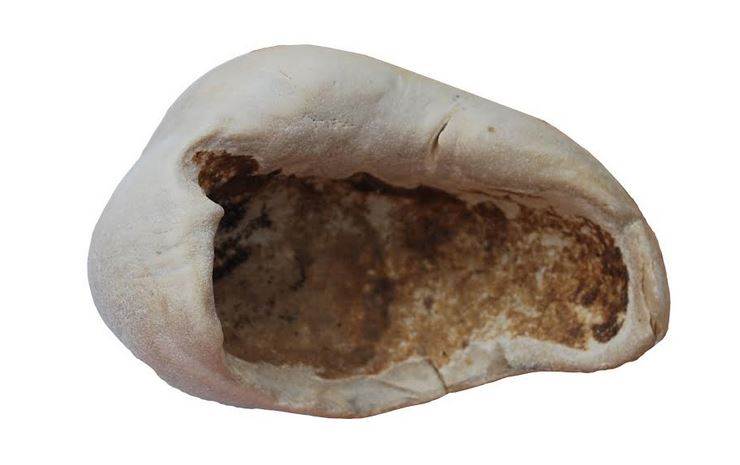 While beachcombing we sometimes come upon baffling finds, strange bones, or fossils. One of the most unusual is a bone that tells the history of the behemoths of the oceans, whales.

At first glance, this bone may look like a fossil clam or even a skull. It is the auditory bulla, or involucrum, the bony cover of the middle ear system of a whale. In humans, it would be the equivalent of the temporal bone. Whales lack external ear openings. Instead, the lower jawbone of the whale is used to sense underwater vibrations. Fat around the ear bones transmits and enhances the sound. The density of the involucrum allows it to withstand extreme pressure encountered during deep ocean dives. Fortunately, this density also makes for better fossilization, which is why involucrum are found on fossil digs and by beach combers.

The involucrum is an ancient cetacean trait found in both modern whales and in their fossil record. In 2007, paleontologists discovered a link to the very first whales in the middle ear bone fossil of Indohyus, a small deer-like mammal that lived 48 million years ago.

Involucrum can be found inland in areas that were once covered by ancient oceans and along shorelines, especially in places with a history of whaling. Once a necessary industry, as the 20th century progressed, the commercial development of alternative fuels brought whaling in the United States to an end. Today, the small ear bones found on the beach, discarded during the processing of whale oil, are a tangible reminder of these precious leviathans of the past and the continued need to ensure their future.

As the future unfolds, we continue to recognize the importance of our oceans and the creatures in it. With each new discovery, we realize that science has barely scratched the surface of the vast knowledge the seas have to offer. The oceans and its creatures still hold mysteries not yet revealed.