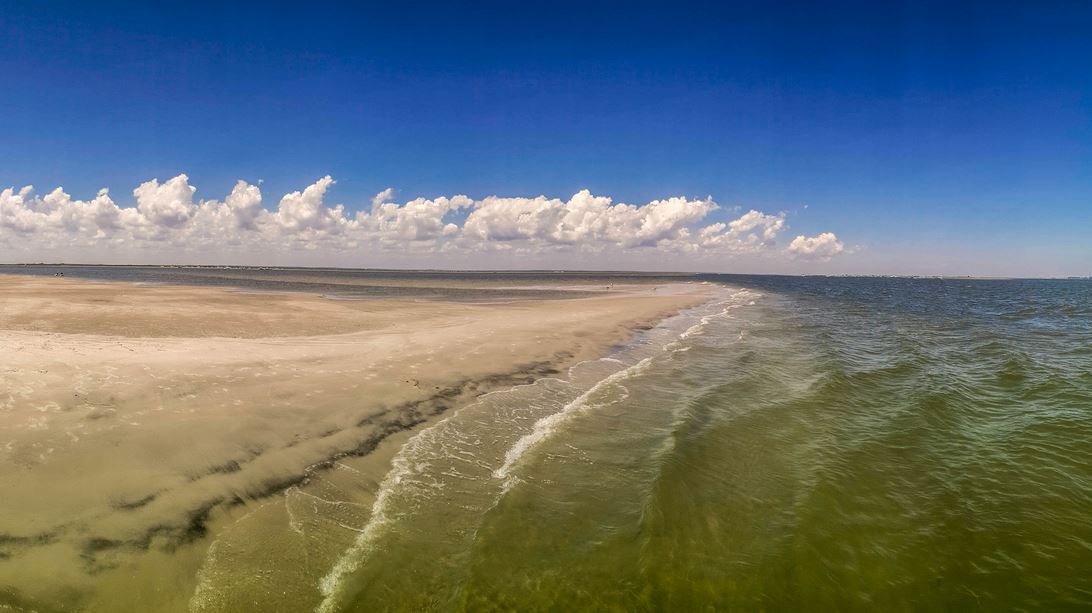 Long Beach Island is a barrier island of New Jersey’s southeast coast. It borders the Atlantic Ocean on its eastern side and several bays on its western side. Such bays include the Barnegat and Manahawkin Bays. Many mistake Long Beach Island as running due north and south when it actually runs north/northeast to south/southwest. This is important for a few reasons.

Because Long Beach Island is surrounded by water, and in the case of its east side a very large body of water, it is subject to marine influence. While land temperatures can range from below-zero to above 100 throughout the year, sea temperatures only range from the upper 30s to lower 80s. Therefore, the shorter temperature range of the sea naturally buffers Long Beach Island. In the winter Long Beach Island is warmer than most other New Jersey areas. In the summer, the island is cooler than surrounding New Jersey areas. This is known as a micro-climate. In this issue I will break down the science of one of my favorite micro-climate effects known as the sea breeze effect.

Between about Memorial Day weekend and Labor Day weekend the sea breeze effect shows its true colors. While areas inland near the urban I-95 corridor reach sweltering temperatures, the air above said areas is rising. Because atmospheric physics constantly want to equalize – this produces sinking air over the ocean to maintain balance. This then completes a circuit of the inland rising air moving out over the ocean and then falling with the sinking air. The last circuit completion happens at the surface in the form of air moving off the ocean onto land. Since peak diurnal surface heating occurs between about 11 a.m. and 4 p.m. these are the prime hours for this circulating air to fetch surface air mass off the ocean.

In May and early June this fetch of ocean air can be chilly as the ocean is still in the 50s and lower 60s. By late-June through July the ocean air fetch becomes tolerable as the ocean warms into the upper 60s and lower 70s. August and September are peak annual sea temperatures – often clocking in near 80 degrees. With all of this said you can now see why the sea breeze provides natural air conditioning for a barrier island like Long Beach Island – when inland temperatures reach into the 90s and sometimes in excess of 100.

The sea breeze effect is not always just pleasant relief from the beach heat. It is, in itself, a micro cold front. If this micro cold front moves aggressively enough off the ocean it can contribute additional lifting of the hot and humid air mass – causing a pop-up thunderstorm along the immediate coast and just inland. These thunderstorms have different characteristics than the typical westward-approaching frontal systems. Sea breeze front-triggered thunderstorms are small but can sit in one spot for a long time leading to flash flooding. As a weather enthusiast I feel sea breeze storms are the most powerful storms that the Jersey shore encounters. Most frontal action from the west typically dissipates when encountering marine air mass.

On a nice day, where no storms are triggered, you can spot the sea breeze front by locating the baby cumulus clouds just away from the coast. In the above photograph, taken from an abandoned sand bar island near Holgate, you can see this phenomenon over the town of Manahawkin. The photo was taken while facing north-west. In this case the sea breeze front moved slowly enough off the ocean to not spark thunderstorms. Also there was a capping inversion at 10,000 feet up in the atmosphere. A capping inversion means the air surrounding rising air is too warm to allow adequate thunderstorm lifting.