CAN BE QUITE THE APHRODISIAC 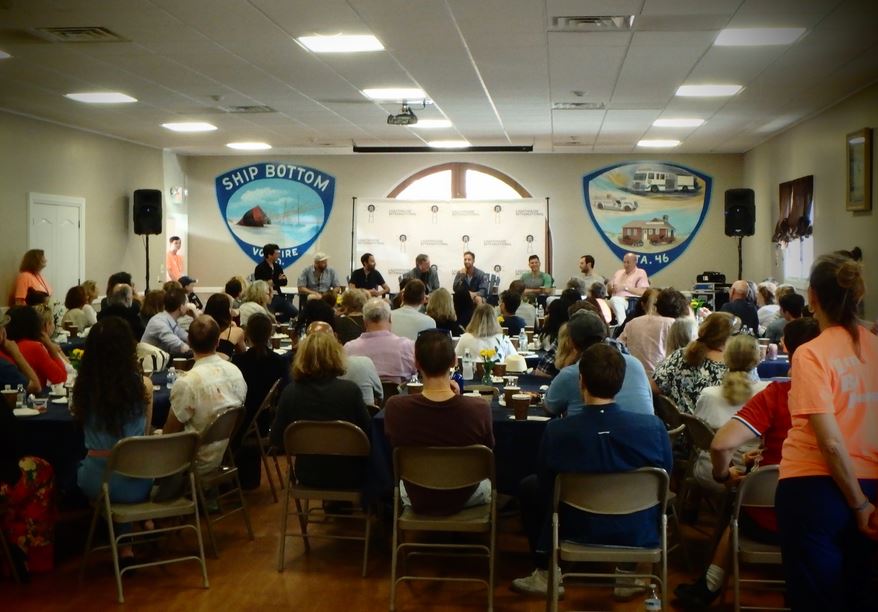 Written and photographed by Andrew Flack

Filmmakers love to tell stories. And as the audience, we love to listen to tales of movie-making derring-do, descriptions of exotic locales, and even the inside dirt on favorite movie stars. But that’s only the beginning of what you’ll experience at the All Access Filmmaker Breakfasts come next June during the 11th annual Lighthouse International Film Festival.

Rated by Movie Maker Magazine as one of the world’s “Top 25 Coolest Film Festivals,” LIFF has quickly become an industry event to be reckoned with, drawing top industry talent in feature-length, documentary, and short films. This year the festival attracted 150 filmmakers, producers, directors and cast from across the USA , Mexico, Sweden, France, England, and Africa.

During the four-day event, LIFF screened more than 100 films attended by some 9,000 film lovers in venues from Beach Haven to Loveladies. In addition to screening films, participants attended parties, and participated in seminars. All Access Pass holders enjoyed two Breakfast with the Filmmakers, brilliantly catered this year by Surf City’s Little Bite of Italy.

New York Times film critic, Glenn Kenny, who moderated the All Access Breakfast panels, loves coming to LBI for the great films it attracts and the festival’s laid-back vibe. “I go to a lot of film festivals,” said a euphoric Kenny, “but I can honestly say I’ve never been to one where I saw the sun come up out on the ocean.”

A true community endeavor, the event draws the enthusiastic support from a hundred volunteers and dozens of local vendors, easily qualifying it as one of the island’s most fun and eagerly-awaited yearly events.

Next year’s LIFF will be held June 4-7, 2020. For more information visit www.lighthousefilmfestival.org