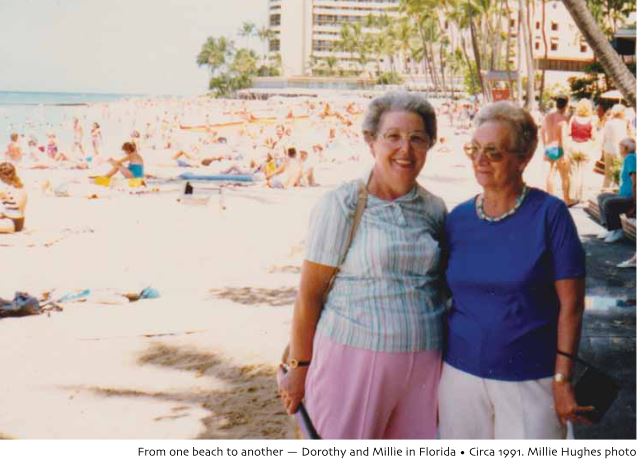 At 100 years old, Millie Hughes recalls her life and times on Long Beach Island with great ease. Recently, she graciously shared some of her personal memories with Echoes of LBI Magazine.

“In 1934, when my parents purchased their home in Surf City — Long Beach Island was different in many ways,”said Millie. “Even the towns had different names. Barnegat Light was Barnegat City. Ship Bottom was Beach Arlington. Harvey Cedars was called High Point.”

Despite their small size, each LBI town had its own post office. “Beach Arlington’s was on 11th Street and Long Beach Boulevard,” said Millie. “When I worked there in 1946 Mrs. Deorse was the postmistress. We received two daily deliveries and I sorted two bags of mail each day. Mail was not delivered, but instead was placed in individual post office boxes. Everyone came to the post office to pick up their mail,” explained Millie.

In those days, shopping was much different. According to Millie there was an Acme in Beach Haven where Murphy’s Market is located today. Checking out was a unique experience. “Mr. Kelly, the manager, wrote your grocery order on a brown paper bag with a pencil and added it up,” said Millie with a laugh. There were no computers or calculators in those days. Though there were few year-round residents the Island was served by two meat markets: Scotty’s in Surf City and Gray’s Meat Market in Barnegat. “Gray’s delivered on Fridays. Dugan’s delivered bread and baked goods from a horse-drawn wagon and the milkman delivered milk from the Hi-Vita Milk Company in Ship Bottom,” explained Millie. “During the summer months — from Memorial Day thru Labor Day — half of Paxon’s drug store in Ship Bottom became an A & P grocery market.” 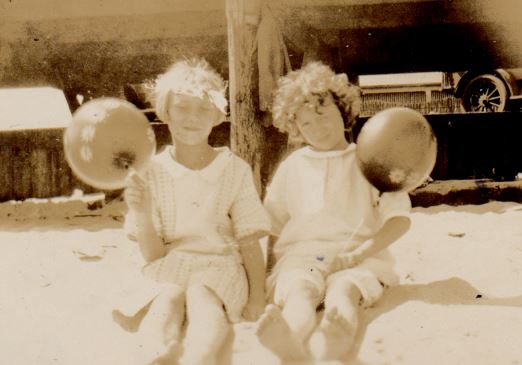 According to Millie, the Gateway Restaurant’s original owner, Emilio Guida, owned an ocean pier on 27th Street in Beach Arlington. “They sold ice cream, candy, and other treats. There were benches to sit on,” she said. “The pier was destroyed in the 1944 storm. The family then opened the Gateway Bar and restaurant. It’s still owned by the
same family.”

Millie remembers the Surf City Skating Auditorium, a roller rink that was built in the 1940s. “On Friday nights it was a popular spot,” said Millie. “Various social events and holiday skating parties were held there throughout the years.” The U.S. Coast Guard also held benefits at the rink.

The popular indoor sport of bowling came to Manahawkin in the late 1940s or early 1950s when a bright orange, six-lane bowling alley was built on Bay Avenue. According to Millie the building was located near the current New Jersey Motor Vehicle Commission.

On a more serious note, Millie recalled LBI during World War II and how German submarines patrolled the coast of New Jersey. “[window] shades had to be pulled down tight so no lights could be seen by the submarines,” said Millie. She recalled February 1942 when the Standard Oil tanker R.P. Resor was torpedoed by a German submarine off the coast of Barnegat City. Flames from the blazing tanker could be seen for miles. Only two crew members survived. According to Millie, the survivors were taken to Paul Kimbell Hospital for treatment. 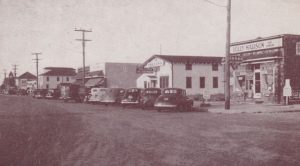 One of Millie’s fondest memories is of the Lucy Evelyn, the schooner that was brought to Beach Haven and converted into a gift shop. According to Millie, getting the Lucy Evelyn into position was not easy. “She sat on a sand bar for months in Barnegat Bay.

Finally, a large basin was built and at high tide, with the help of bulldozers, she was brought aground at Beach Haven,” said Millie. With a glint of pride in her eyes, Millie confided that in her late twenties, while having fun with friends, she climbed the mast of the Lucy Evelyn.

“For a little while in the 1950s, I worked at a laundromat in Beach Haven that was owned by Mr. and Mrs. Shuck. It had a sorting room, wash tubs, manual wringers, and manglers. Laundry was folded on ten-foot-long tables,” said Millie. “They did the laundry for Deborah Hospital.”

Bell Telephone had an exchange in Beach Haven. Millie recalled the days when LBI only had the party line systems where two homes shared the same phone line. “When a call came in the party line rang in both houses,” said Millie. “Each house was assigned a different number of rings.”

“My sister, Dorothy used to write for the Beach Haven Times,” said Millie. “The pages were filled with local news, gossip, and engagement and wedding announcements. Most of the announcements were from summer residents and out of-town visitors.” It was the social media of the day.

Millie remembers local ice houses cutting huge blocks of ice from area frozen lakes and putting them in storage. Barnegat Bay would freeze so solid that people walked and drove across it. “Two boys from Barnegat City walked all the way across the bay to Barnegat High School,” said Millie. She smiled as she recalled that they took the bus home later that day.

Before Millie’s family bought a house on the Island, they rented one of Mrs. Thompson’s four bungalows on Long Beach Boulevard in Beach Arlington. “There were no closets, just large nails to hang clothes on and the water had to be boiled before we could use it,” said Millie with a laugh. “Mrs. Thompson had a coin-operated gas meter. My mother had to put in twenty-five cents to cook a meal.” Through the century and its changes, Millie still calls Ship Bottom home.