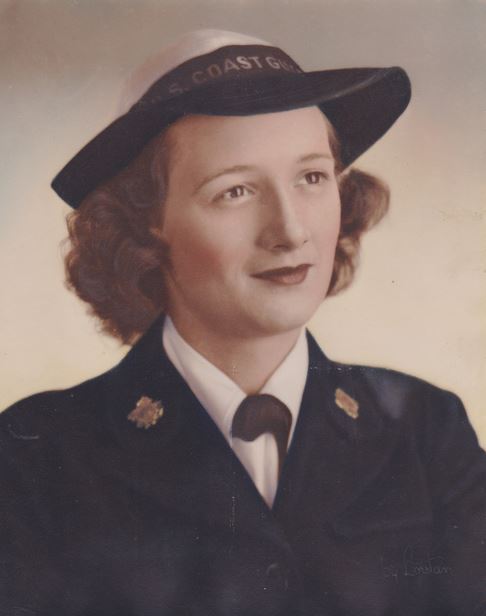 “I’m not sure if I’ll retire this year or not,” said Millie Hughes about her job with the Borough of Ship Bottom where she sells beach badges while attending the tennis courts. “I haven’t decided yet,” she said with a broadening smile. “I really enjoy it.”

At a time in life when most people are long retired, Millie pursues life with the energy of someone half her age. By the way, Millie is 98 years old.

“In the 1920s and early 1930s, my father and a friend frequently came to LBI to fish,” said Millie. Her parents, Fred and Freida Burfeind purchased a home is Surf City in 1934. While Millie’s Mother and her sister settled into year-round residency on LBI, Fred Burfeind continued to work as a silver chaser for Tiffany’s in Newark, New Jersey and became a weekend commuter. To attend school, Millie also remained in Belleville and traveled back and forth to LBI with her father.

The Island was very quiet in those days. Off season, there were few full-time residents. “There weren’t many places to shop,” recalled Millie. “We ordered groceries from Grey’s Market in Barnegat.” Locally Millie’s family shopped at the Acme in Beach Haven and the drug store in Ship Bottom. “During the summer months the drug store became an A & P,” explained Millie.

Eventually, Millie stayed in Belleville for work. For a time, she worked in the gift-wrapping department at Bamberger’s. By 1940 she was employed at Ice Atlantic in Belleville. “I worked there until 1943. My department applied glaze on the spark plugs used by the government for airplanes,” she explained. While working there she met her future husband. Millie’s eyes sparkled as she spoke about Joe. “I brought him to LBI,” she said. “He fell in love – with the Island and me.”

During the last two years of WWII, Millie served in the United States Coast Guard. Stationed in New York, she was responsible for photographing and fingerprinting the crews of incoming foreign vessels from 1943 to 1945. 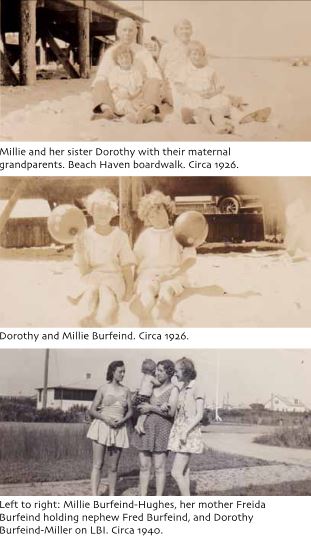 After finishing her obligation with the Coast Guard, Millie and Joe married on January 25, 1946 at Kynett United Methodist Church in Beach Haven. They rented their first home on 14th Street in Surf City. In 1955, they purchased a house in Beach Haven Terrace. Ten years later they bought their home in Ship Bottom where Millie still lives today. Joe went on to become the vice president of the Beach Haven Bank for twenty-seven years.

After working at the Ship Bottom 5 & 10 store for approximately eighteen-years, in 1972 Millie – with Joe’s help – opened High Tide Gem Shop on 23rd Street in Surf City. “We were the very first shop on LBI to offer ear-piercing,” said Millie. “I ran the jewelry shop. Joe made jewelry with the stones he tumbled and cut.”

Millie went on to reminisce about the things Joe created and about rainy summer days when their shop filled with children. On those days, Millie enjoyed teaching workshops. “I loved helping the children with their projects.” The shop was sold in 1982. Just two years later, Joe passed away. Millie went on to work at The Shell Shanty in Beach Haven from 1985 to 1995.

Working with the national headquarters of the Girl Scouts of America in New York, Millie organized the first troop on LBI in 1955. After laying the groundwork, she attended monthly meetings in New York and brought the information back to share with fellow leaders. Eve Van Meter of Harvey Cedars, the late mother of Cheryl Van Meter Kirby, was very knowledgeable about plants and gardening. “In the late 1950s and early 1960s, Eve was instrumental in helping the girls earn many badges,” recalled Millie. “I was Cheryl’s Brownie and Girl Scout leader here on LBI.” She went on to describe the Girl Scouts annual closing ceremonies. “It was held on Dr. Gove’s Island in the bay at Brant Beach,” said Millie. “The girls were boated out to the island.” Because of Millie’s efforts the Girl Scouts on Long Beach Island were established. 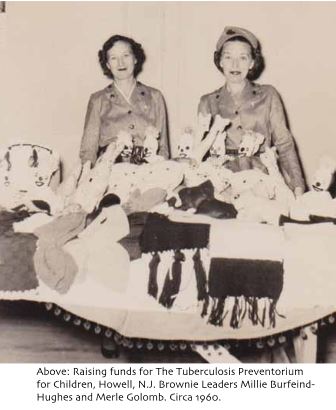 In 2011, Millie was honored to share the title of Grand Marshall of the Ship Bottom Christmas Parade with her friend and fellow veteran, Beth Thomas.

Today, Millie is a member of the Order of the Evergreen – an alumnae group at the Jersey shore for retired Girl Scouts, leaders, and volunteers. Recently, she was presented with a pin in recognition of her 75 years of service.

As always, Millie’s service to others continues. She is a member of Soroptimists International of Long Beach Island and volunteers at Southern Ocean Medical Center – Hackensack Meridian Health in Manahawkin and local schools; additionally, she helps raise funds for local volunteer first aid squads.