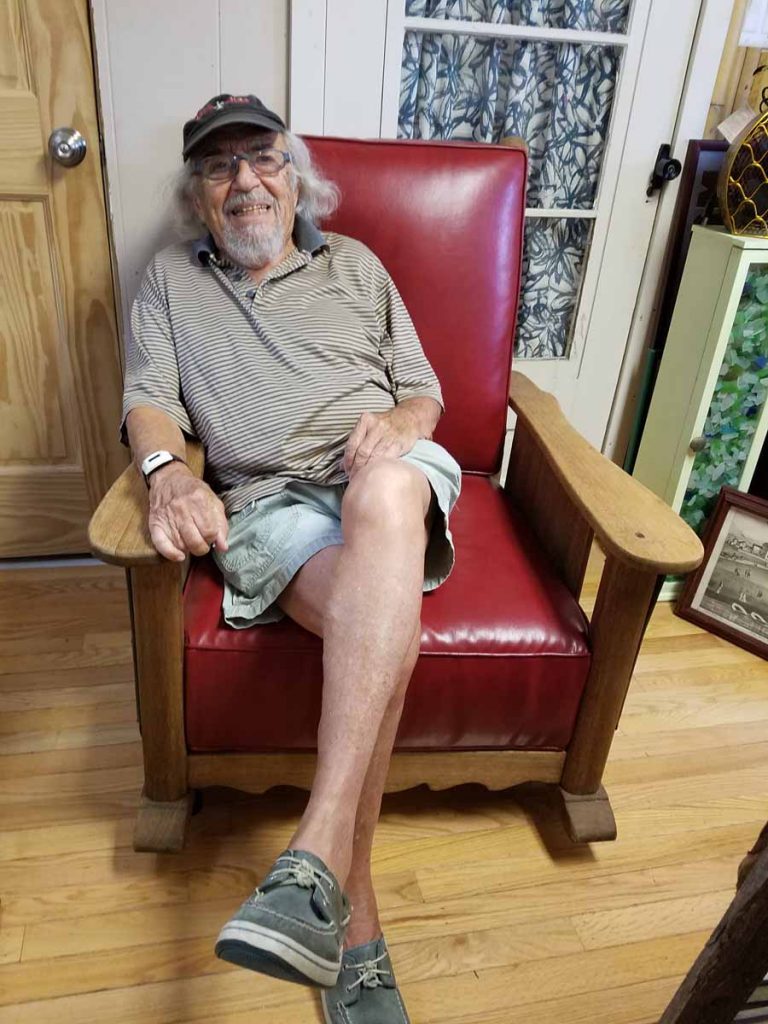 At ninety-two, Marvin Levitt is filled with the passion to make life meaningful – a passion discovered at a very early age. “My mother always encouraged me and my brother Jules to do something positive every day,” he says. A Fulbright Scholar in the 1950s, Levitt studied art in Italy, and at the Tyler School of Art in Philadelphia with Boris Blai. Widely known for his paintings and sculpture, he was, and remains a teacher at heart. “Everyone is an artist,” says Levitt. “Art can be found in every object.”Levitt’s teaching career at the Tyler School of Art at Temple University in Philadelphia, Pennsylvania, public and independent schools in Pennsylvania and New Jersey, and as a founding instructor at the Long Beach Island Foundation of the Arts and Sciences in New Jersey spanned seventy years. As a teacher, Levitt recognized and encouraged the talent and potential he saw in every student. While teaching at Morrisville School in Bucks County, Pennsylvania, Marvin introduced a thirteen-year old James Gafgen to clay sculpture. Currently an accomplished modern-day sculptor, Gafgen recalls, “Marvin had a great sense of humor and much patience. He made things look easy while being very precise and thorough.” Levitt instinctually used art in the classroom to teach even the most complex concepts and to enrich the understanding and experience of his students. A grant received from the New Jersey Council on the Arts in the 1960s provided Marvin the opportunity to teach art based on the curriculum of the Princeton School system. By integrating visual and interactive art into classroom subject matter, Levitt inspired his students to think and learn in different ways. His students created three-dimensional mobiles while learning geometric shapes, volume, and measurement. When studying heraldry in history class, a symbolic crest was designed by each student to reflect personal heritage. For students to experience a moment in the life of Odysseus and his men, Levitt created a massive Trojan Horse, complete with papier-mâché horse head, elevated platform body and a ladder. In French class, Levitt’s students became neoclassic artists, using cotton swabs to replicate the distinctive color dots of Pointillism. At science fairs, his students frequently presented projects based on Levitt’s lessons on balance and perpetual motion. Today, Levitt summers here on LBI, and winters in Florida to escape the cold. He continues to create: showing his works at private galleries in both states. Levitt still enjoys papier-mâché and continues to experiment in different mediums. “I have to get my hands dirty every day with sculpting or painting,” he says with a smile. Levitt retired in 2011 from teaching at the Long Beach Island Foundation for Arts and Sciences where his iconic sculpture, King Neptune graces the outside the Marine Science building. Though formally retired, Levitt remains generous with his time and talent. Perhaps, though, the greatest of his talents he shared as a teacher. For in teaching art he changed the way his students see the world.