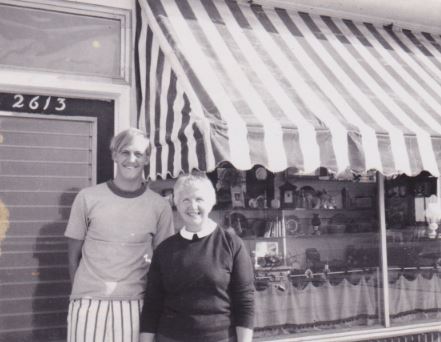 Logophile – log·o· phile (lȯ ́gə fīl ́), n. a lover of words. If you are a frequent visitor to the Beach Haven Library or LBI Branch of the Ocean County Library – you might be a logophile – a lover words. Undeniably, one of the most recognizable local logophiles, was Marden Dahlstedt, an accomplished poet, writer, and librarian at the Beach Haven School library and the public library. Marden’s students benefitted from her enthusiasm for books. She showed them how books opened their world to new ideas and adventures. And she taught them to use library resources to find answers to all their questions. Marden is fondly remembered by many. “How could anyone forget Mrs. Dahlstedt?,” said Sherry Johnson of Beach Haven. 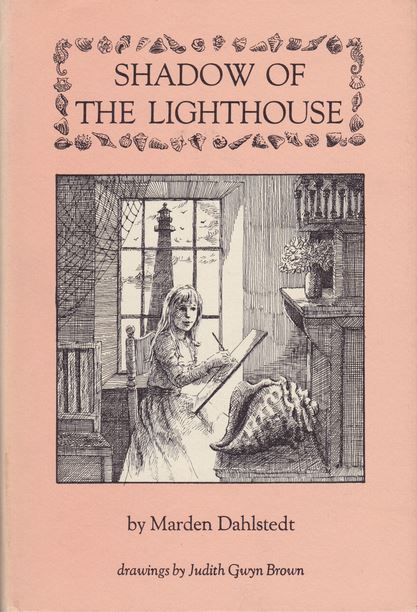 Born in 1921, Marden attended Pennsylvania College for Women at a time when career choices for women were generally limited to nursing or teaching. She graduated in 1942 with a master’s in education, and later earned a master’s in library science.

Though Marden and her husband, Dick Dahlstedt, were from the suburbs of Pittsburgh, each had early ties to Long Beach Island. As a child, Marden had joined a friend for vacations on the Island and Dick’s family had rented a house on the beach near St. Francis. When Dick became ill in 1968, they moved to LBI, a place both remembered fondly.

Eventually, Marden and Dick opened a gift shop, which morphed into an antique store. The Attic, at 2107 Long Beach Boulevard in Surf City, was known by its iconic outdoor sign – a large flying pig.

By this time, Marden was a well-established poet with active membership in the prestigious New England Poetry Club, founded by Robert Frost in 1915, and the publication of her poem, The Hunt by the Beloit Poetry Journal. But her first year on LBI was very lonely and she realized she needed to write even more. During the winter, when the gift shop was closed, she would retreat to the attic with her beloved dog Sam to write.

Marden’s books were based on what she knew best and personal experiences. She wrote for children between eight and twelve years old; an age when independent reading begins. 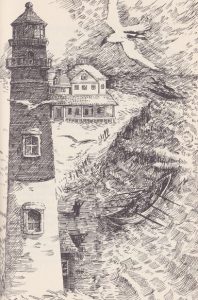 In 1977, Marden became the librarian for the Beach Haven Public Library. She arrived with a vision to expand it into a community gathering place. Her plan instituted community events and special services. Marden drove to the New Jersey State Library in Trenton to pick-up books that were not available locally for clients. Books were delivered to those who were unable to visit the library, and the library catalogue was greatly expanded.

Former Beach Haven Mayor Watson Pharo credited Marden with making the library a part of continuing education for the community. In his tribute to Marden, John Lloyd Bailey referred to the Beach Haven Public Library as her monument. Others, like Mike McMann have more simplistic memories. “She read her books to the children and loved how much they enjoyed the stories.”

Words, however, were not Marden’s only passion. She also loved her adopted home – Long Beach Island. She believed the history of LBI needed to be preserved. Marden, along with other like-minded citizens founded the Long Beach Island Historical Association.

Though Marden Dahlstedt passed away on Christmas 1983, her impact on her beloved island community is still evident today. Her books, poetry, visionary plan for the library, and determination to preserve the treasured history of the Island were precious contributions.

Perhaps, though, Marden’s most important contribution was that some of her students became logophiles – lovers of words – as she truly was.

Special thanks to Ellen Irwin for sharing the story of her parents with us.