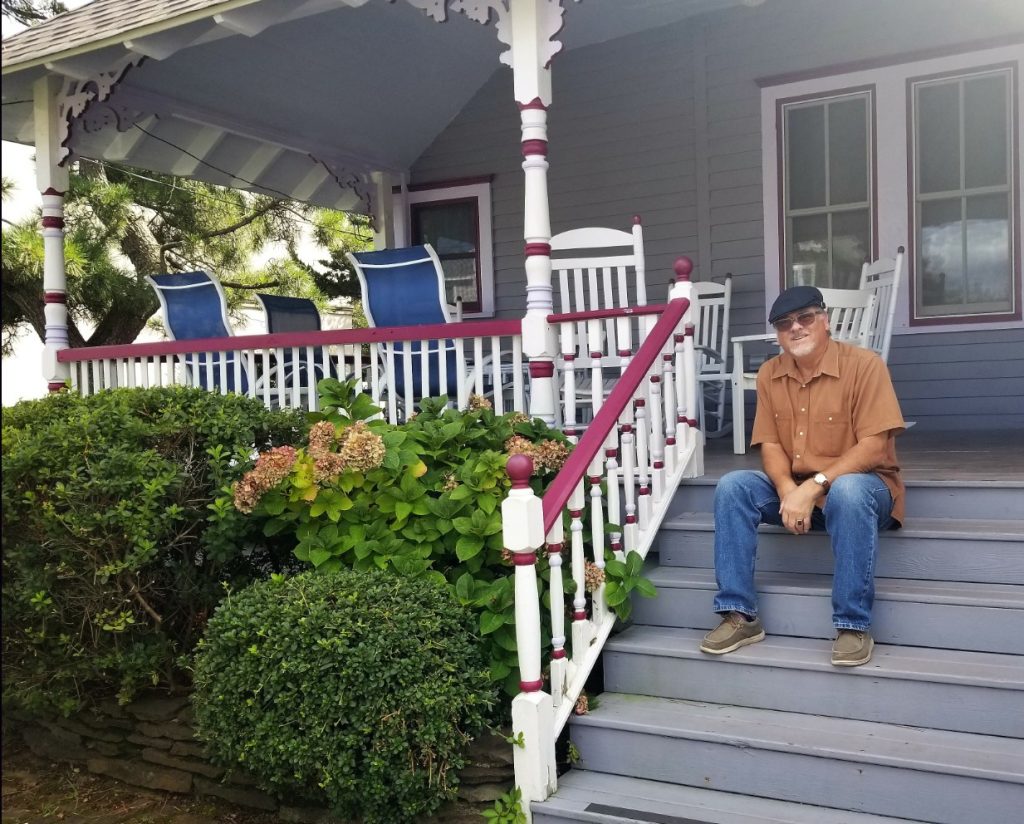 For my family, friends, and me, there exists within our memories and hearts the simple pleasures derived from our vacations on Long Beach Island. There were no planned excursions or scheduled events. Decisions were made the night before, and loosely adhered to, lest something better presented itself the next morning. We tended to go with the flow — whatever Mother Nature would allow.

In July of 1998, I was staying in Spray Beach with my wife, Laura, our daughters, Jessica, and Regina, along with my brother-in-law, Richard, sister in-law, Julie, and their two sons, Nick, and Max. The house we rented for that particular week has an interesting history. Located in Spray Beach, the house was built in 1893 for Philadelphia lawyer, John Luther Long, who, in the summer of 1898, penned the short story, Madame Butterfly, while sitting on the front porch. It was this story, inspired by Long’s sister, Jennie Correll, who had spent some time in Japan as a missionary, which formed the basis of the famous opera, Madama Butterfly, by Giacomo Puccini. We were honored to share the house with the spirits we imagined roamed its hallways. 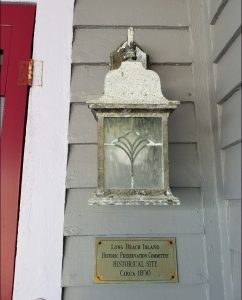 Like many older homes on LBI the rooms were rather small, but it had tons of class. Because the house is registered as a historic home the owners are obligated to keep its unique character and design intact to maintain its historical significance. There is a one room, detached cottage at the back of the house which we also occupied. We could not have been more pleased.

But the charm of the house was not the only magic on our vacation. After all, we were on LBI. The sunshine, the beach, the rhythmic percussion of the Atlantic; all contributed to the magic we always experienced on this enchanted island.

One evening, after a wonderful family dinner, Richard, the kids, and I took a walk to the beach. I brought my guitar along. We found a spot to sit at the base of a sand dune and watched the sun go down. As the stars slowly came out, I played, and we all sang. Dune grasses rustled in the breeze and the sound of the surf added the perfect background harmony. We did some Hank Williams songs, our version of “Goodnight, Irene,” and other blues and country favorites. The full moon shone like a spotlight on our sandy stage, and we sang until we ran out of songs that we could remember. On our way back to the house, Richard commented about what a good time he’d had. He’s not given to emotional expression so easily, and I couldn’t help but think that it was maybe the first time I could remember him displaying his pleasure in such a way. Magic!

Late that night, my eldest daughter, Jessica, and I were lounging in the back yard nursing our nightcaps, winding down from a great day. It was one o’clock in the morning, and the moon — framed by a star-studded black velvet sky — was at its apex. In the distance, a dog was barking. As we listened, Jessica thought out loud, “I wonder what dogs are saying when they bark like that?” We both pondered that question, offering all kinds of answers from specific statements about possible desires, to simply baying at the moon like their ancestors. We finally settled on the answer, convinced that the dog was yelling, “Hey!” So, of course, every time we heard a bark, we both yelled out, “Hey!” in response. It was our lame attempt to establish a line of communication. As I previously alluded, alcohol was involved. And, of course, Laura poked her head out the back door and in a quiet but firm voice reminded us of the hour, “Knock it off. It’s late!” Realizing our folly, Jessica and I cringed a bit, laughed, and called it a night.

I have been vacationing on LBI on and off since 1972. For several years, my family and I vacationed in the hills of northeastern Pennsylvania. But in the late nineties we reignited our love affair with LBI and have spent at least one week a year down the shore ever since. 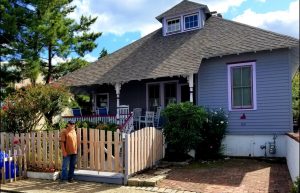 Many a magical moment and memory were had on LBI. I caught my biggest weakfish from a row boat on Little Egg Harbor and many a slippery eel under the causeway bridge. We’ve seen marvelous thunder storms that produced the greatest light shows on earth. Few things are more awesome to see than lightning bolts over the ocean as a summer storm blows off the coast and heads out to sea. We’ve seen sunshine and floods, rain, hail, sleet, and snow. Rain or shine, we always found a way to enjoy ourselves.

Seven years ago, we moved to Manahawkin to live in the place we love the most. Now, we can get to LBI any time we want. We enjoy the excitement of the in-season: the beach, the seasonal stores, busy restaurants, and nature. And we enjoy the quiet fall weather on the beach and the laidback pace of life of the off-season. These days, I feel as though I’m on vacation all the time. Magic!