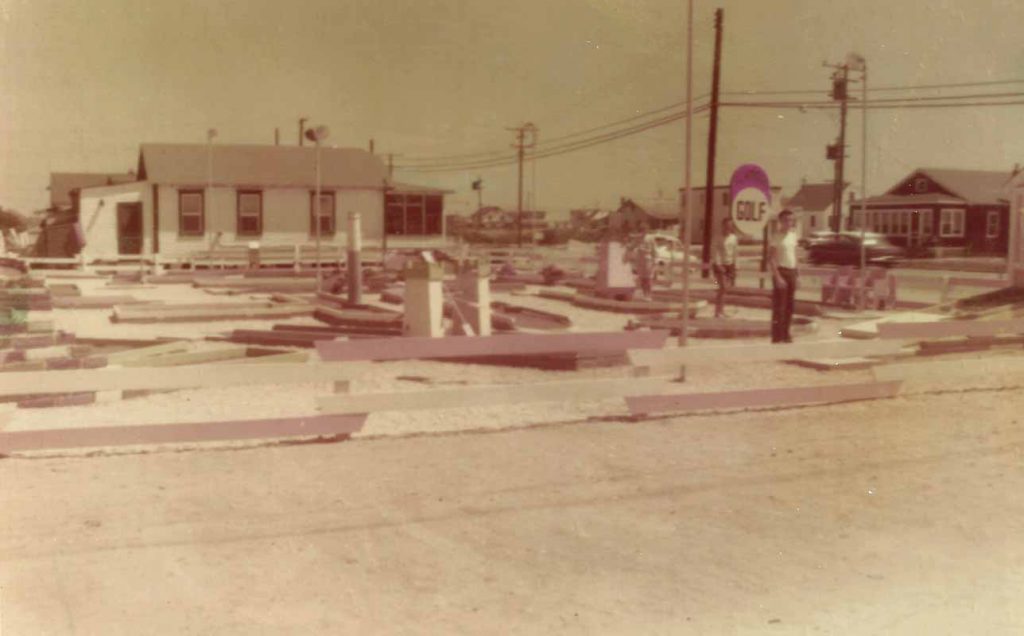 Photography and text supplied by Lisa Boyd and Lyn Procopio

People fall in love with places for a variety of reasons. How can it be explained, if at all? Perhaps it’s the unique perspective on LBI that makes everything sparkle. Or the sense of elation upon crossing the bridge; the simultaneous sight of the ocean and bay; the sound of the gulls; the constant breezes and ever-changing moods of the ocean; the crunch of the gravel under foot, or the experience of living between two bodies of water on a thin strip of land. There is too, this joy at the end of a beach day; sitting outside as the wind shifts and becomes cooler with each moment and the stars emerge one by one. 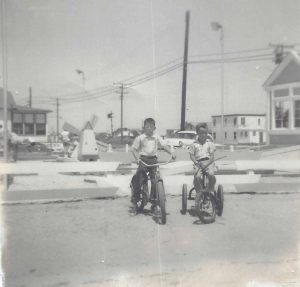 For our family, the well-known phrase “Home is where the heart is” best describes our endless fascination and love for Long Beach Island.

In the late 1940s, our parents Kitty and Harry Moffitt took our family to Wildwood every summer. The ride from Philadelphia to the New Jersey shore on Tuckahoe Road was long and hot. The car always got stuck in the sand. Digging it out was part of the trip. In Wildwood, we stayed in a fourth floor-apartment house with friends. Harry Jr. and Lyn slept in the kitchen behind a curtain. We loved the ocean and the beach. But, for our family, something was missing. We longed for more.

At the invitation of a friend, our family visited LBI for the first time in 1949. The moment we crossed the clanky planks of the old wooden bridge, smelled the salt air and walked down the dunes to the Ship Bottom beach, we were in love with Long Beach Island. It is a romance that continues today even though the main characters are long gone.

Always the pioneers, Harry and Kitty wanted our family to be a part of the island. Filled with hope and a sense of loyalty, in the 1950s they invested financially and emotionally. With an inheritance, they purchased four modest apartment houses on the west side of Long Beach Boulevard around 5th or 6th Streets in Ship Bottom. The buildings are long gone. Summers were now a weekly adventure in moving and cleaning as our family stayed in whichever apartment was vacant, moving each week from one apartment to another, preparing for the next occupant. 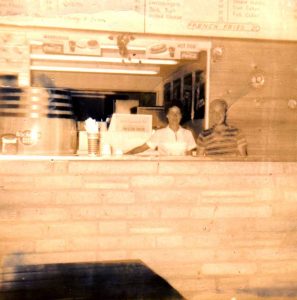 When it wasn’t beach weather, we walked down to Jack’s little store. We bought tons of penny candy and trinkets. We took the trinkets home and played with them, traded them, and fought about them for hours on end.

Around 1954, our parents bought the Polar Cub Custard Stand on the corner of 5th Street in Ship Bottom. Currently the property is the location of Woodies. They also built and operated the Flamingo Golf Course across from the custard stand. A few years later Kitty and Harry sold the properties and business in Ship Bottom. They bought a house on 36th Street in Brant Beach. In 1960, they purchased a custard and hamburger stand on 37th Street which was known as Moffitt’s Polar Cub. As their industry grew so did our family.

Now, every weekend until November was spent in Brant Beach. All our friends from Pennsylvania teased about where we went in the summer. “Ship Bottom? Brant Beach? Surf City? It sounds like the sticks,” they would say. 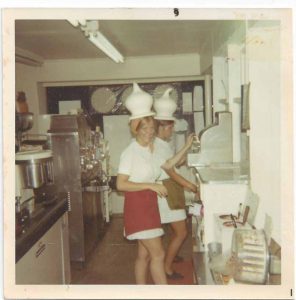 Churning out great char-grilled burgers and soft-serve ice cream at Moffitt’s Polar Cub required continuous hard work. There was no air conditioning back then and it took clever monitoring to keep the ice cream machines at exactly the right temperature for the frozen custard. The indoor charcoal grill had to be started every morning at 8:30 a.m. and kept alive until closing. It could be a grueling job. If the grill went out, so did business.

By the time we moved to Brant Beach there were six children in our family. While the oldest ones worked at the business, the younger ones were island children, riding bikes all over town. They went crabbing in the bay at 25th Street, played pinball at the Tiki. They body surfed all day until their noses were crisp and they were brown as berries. At night they hung around Captain John’s Village and enjoyed many movies at the Colony Theater.

Our parents never went to the beach in the summer. Their seasonal business kept them too busy. Kitty loved the beach in September, after the summer crowds were gone. She waited and shared the beach with the returning seagulls.

Always thinking of the future of LBI, Kitty and Harry had a tin can on the counter at their business, collecting for the much-needed hospital that was to become Southern Ocean County Hospital (SOCH), currently Hackensack Meridian Health Southern Ocean Medical Center. They always said, “Wouldn’t it be great if we didn’t have to go all the way to Toms River or Atlantic City for emergency medical care?”

Time and shifting sands bring change. After Dad passed in 1971, our Mom moved year-round to Brant Beach and brought with her Lisa and Brian – the youngest Moffitt children. She built a house on 41st Street at the bay and sold The Polar Cub. The new owners, the Gardner, Kelly, and Green families ran it as a partnership. Now known as Dom’s, owned by Rich Lally. 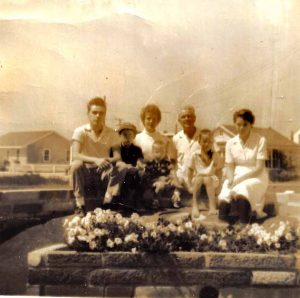 Devout members of St. Francis, our family enjoyed the laid back and accepting style the Franciscans promoted in the community. While the St. Francis Community Center was in its infancy, Kitty pursued and obtained a grant from the State of New Jersey through application to Trenton. The grant enabled mother and Bill Willem, the owner of the Surf City Seafood Restaurant to set up a kitchen in the Community Center, where they operated a volunteer-run lunch for seniors. The kitchen still exists and facilitates the local Meals-on-Wheels program. A plaque in the foyer entrance commemorates their efforts.

Soon after our mother moved to Brant Beach, several members of our family moved to the shore year-round. Harry Jr. and his wife Arleen, moved to Ship Bottom. He practiced psychiatry in Philadelphia and later here in Ocean County. Rich and Brian ran the Moffitt’s Mobil Station on the Causeway Circle in Ship Bottom. They serviced both summer patrons and a core of loyal year-round customers from 1971 until 2013. Lisa, the youngest, created and installed original stained-glass pieces in homes and businesses on LBI. She is a teacher in the Long Beach Island school system. Lyn married and raised three children in Monmouth County. Craig left the East coast to explore a different kind of beauty in California.

Each one of us eventually came to feel LBI was, and, is our real home. We feel an attachment that many experience after spending time on this unique barrier island.

Here’s to our parents Harry and Kitty! Thank you for your vision, hard work, and for giving us the opportunity to fall in love with LBI.