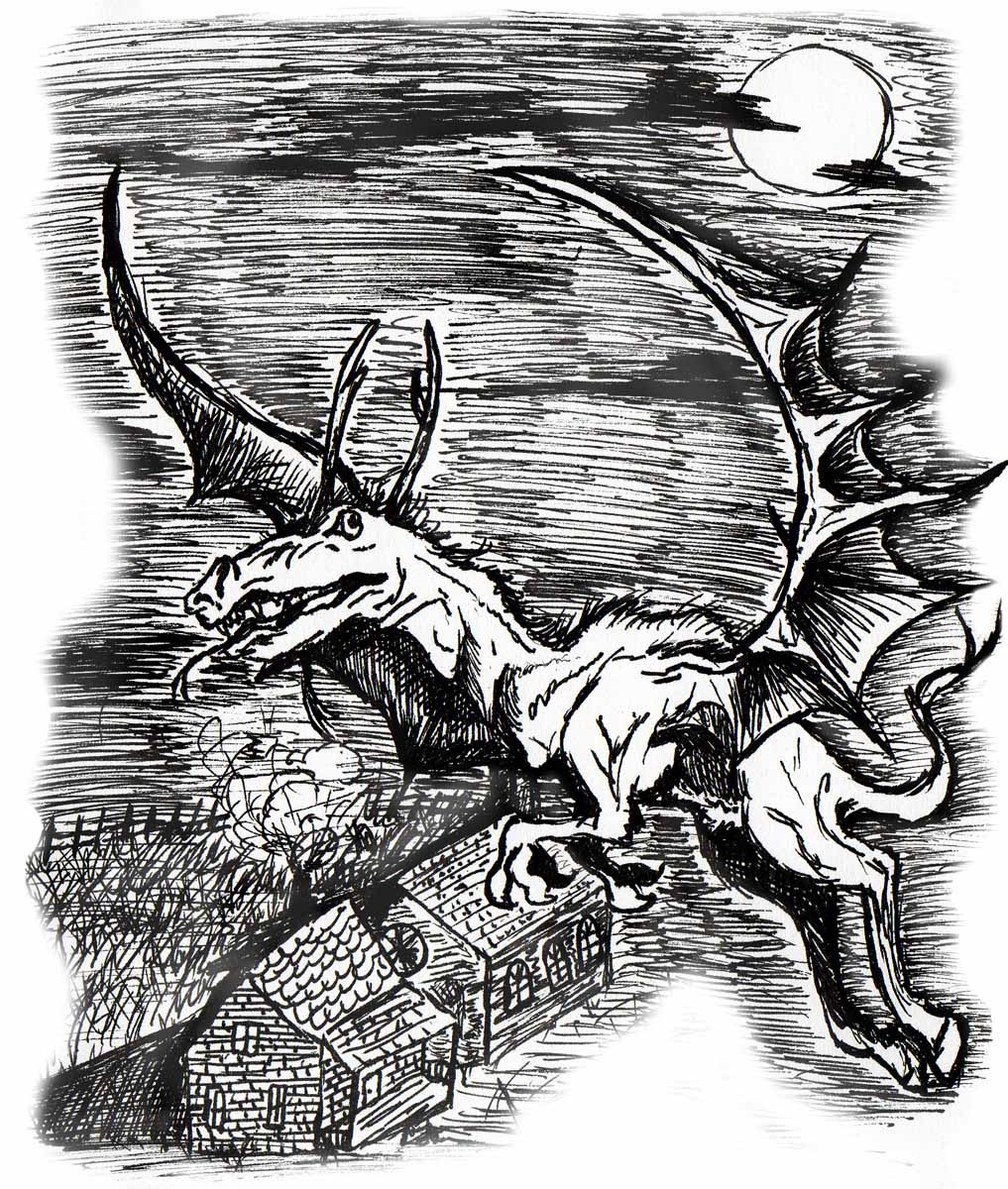 In seventeen hundred thirty-five, beside the Great Egg Harbor,
The thunder roared like cannon shot all round the weathered arbor.
And lightning bolts were flashing through the air like silver sabers,
As Mother Leeds had bedded down to start her long night’s labor.

Nine months prior she knew her 13th child was on its way;
A happenstance of which she’d like to surely wish away.
And so, she put a curse upon herself and on the child.
She wished it’d be the devil, or something just as wild.

All through the night she agonized and cried through each contraction.
Her husband, Japhet, watched in horror all her pained reactions.
And when the hands had both arrived at twelve upon the clock,
The devil child sprang from its mother’s womb with such a shock.

No gender could be recognized with this peculiar offspring.
In fact, it seemed to be less human, and more so of a “thing”.
Grotesque in all its features, unnatural for sure.
An infant, oh so hideous; a monstrous demon spore.

Japhet’s mind threw doubt on the distortion of its features,
For he could naught conceive of such a vile and garish creature.
Its head was shaped just as a dog’s, its face more like a horse.
With two small horns that sprouted from a scalp of hair, so coarse.

The neck was long and slender, and ran into a back
Which had protruding from it, two wings, much like a bat.
From each side of its torso sprang a wiry, clawed appendage,
And from its lower backside, a forking tail extended.

It stood on spindly hind legs, akin to a whooping crane.
Upon two cloven hooves, it wobbled as it strained.
Upon this tottering posture, it glared from side to side,
As if to say this circumstance it just could not abide.

Mother Leeds lay comatose, her body broke and tired.
Japhet stood in disbelief, aghast at what he’d sired.
So quickly he had grabbed a broom to sweep it out the door,
But the Thing began to flap its wings and rose up from the floor.

It hissed and spat at Japhet Leeds and flew into a rage.
Quite an impressive spectacle considering its age.
Just then, it spied the fireplace, and dove into the flame,
Ascended up the chimney, and out into the rain.

Some have called the wicked cryptid, Hoodle-Doodle Bird.
Some have termed it Wozzle Bug, still others more absurd.
But if you dare to speak its name and still be on the level,
You’ll call it by its rightful title, the loathsome Jersey Devil

South Jersey’s never been the same since the Devil sprang to life,
Appearing every now and then, causing angst and strife.
And even though its legend has borne it several names,
Descriptions of its character have always been the same.

Yes even to this very day, it lives within the pines,
And ventures out sporadically to carry out its crimes.
So if you wander in the barrens, absorbing nature’s scenes,
Retrace your steps, post haste, should you hear its awful screams.