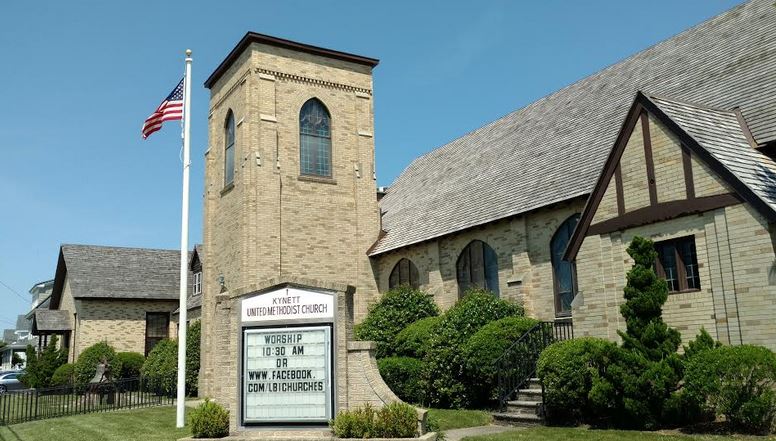 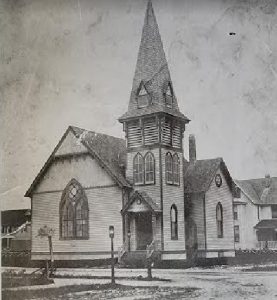 For more than twenty-years, the late Charles E. Moffett served as church historian for Kynett United Methodist Church of Beach Haven. He also served as a lay leader and as Chairman of the Administrative Council. As a retired history teacher, Charlie, as he was known to his friends, had a heart and head for history. Not long before his passing in January 2020 at age 89, Charlie generously shared a brief history of his church during an interview with Echoes of LBI.

Kynett United Methodist Church in Beach Haven was originally organized as Kynett Methodist Episcopal Church of Beach Haven on May 5, 1888. It was the first year-round church on Long Beach Island. Every Sunday, to get to the church, the first pastor, S. J. Gwynne, sailed his boat from his home in West Creek to Beach Haven.The history of the church began sometime before 1888 when the Sunday School Union established meetings in Beach Haven. The meetings, originally held in the waiting room of the old Pennsylvania Railroad Station on 3rd Street in Beach Haven, eventually moved to the schoolhouse located between Bay and Beach Avenue. 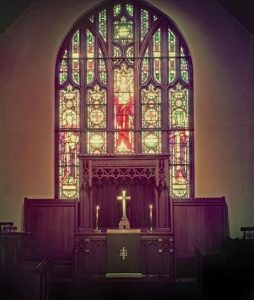 Until a parsonage could be built, a house across the street from the church served as a temporary residence for the pastor. In 1891 church trustees purchased a building lot on Engleside Avenue where Dr. E. H. Williams had the parsonage built.

In 1900, a plot of ground at the corner of Centre Street and Beach Avenue was purchased by the church. The following year the wood-frame church building was moved to that corner lot. The church steeple became a landmark that served as a guide for boaters in the bay until it was destroyed by a windstorm in 1903. At that time, the first public library in Beach Haven was located next door in a building that was formerly a Friends Meeting House. In 1929, when the library opened a new building at a different location, its trustees deeded the old library building to the church. It became the parish house. 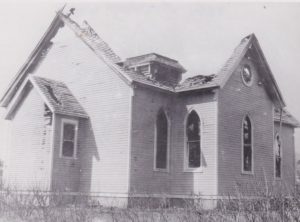 On Palm Sunday, March 20, 1932, the church was destroyed by fire. Two items survived the blaze — a large Bible that is displayed in the church today and a wooden pew that now sits in the overflow room. In those days, the parish house stood independent from the church and was not damaged by the fire.

The congregation raised funds for the construction of a new church. While the new church was built, services were held at the Beach Haven fire house. Five months later, on August 15th the cornerstone for the present church building was set in place. By January 1933, services were held in the new church and in August of that same year the building was dedicated. In honor of the original church, architect, George E. Savage — best known for designing protestant churches — included a bell tower in his plans for the new church, which was built by contractor, Floyd L. Cranmer.

From its beginning, Kynett Methodist Church has been a source of strength and unity for the people of Beach Haven. For more than a century the church and its members have faithfully worked together, serving God, each other, and the surrounding community.