THE HISTORY OF SEA GLASS BUTTONS 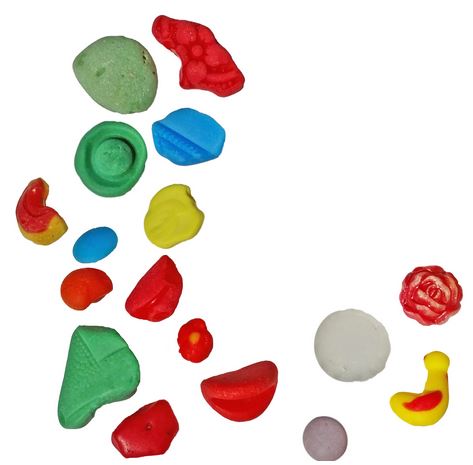 Buttons found in Curacao by John and Christine Novak

When we think of the find of a lifetime in sea glass treasures, many sea glass hunters imagine a piece of red, a stopper or a marble. Though, perhaps, we should think smaller – about a potential find that many may have over looked.

Glass buttons were once the most popular way to fasten clothing. Colorful and bright, they were not only functional but completed and complimented an outfit. Prior to World War II, most glass buttons were made in Czechoslovakia. During the latter half of the 18th century, the history of the glass button began as insets for metal buttons. As technology improved, the metal shank was embedded into the glass itself, enabling the mass-production of low-quality buttons. By the late 1800s, the demand for glass buttons expanded; and to compete with the rise in European manufacturers, Czech artists shifted to creating lampworked hand painted buttons. By 1900, over 2,300 tons of glass buttons were exported, with one third of them ending up in the United States.

Sales of glass buttons spiked again during the fashionable 1930s and 1940s. However, by the late 1960s, plastic had become a more profitable and cost-effective way to mass produce items previously made of glass. As glass production dwindled, so did the use of glass buttons.

Many of the buttons found by sea glass hunters are the result of our never ending need to live and play by the ocean. Buttons on bathing suits and shoes in the late 1800s to 1930s frequently popped off in the waves. In addition, glass buttons found their way into the sea in a variety of ways, from clothing left behind at the beach, discarded as trash, or washed out during hurricanes and storms.

Because of their tiny size, glass buttons have less surface area, so they are more likely to wear down perfectly – unlike larger shards that may undergo drastic changes. However, it also means buttons get pushed down further into the sand and pebbles, making them harder to find.

The history of a beach can affect the chances of finding sea glass buttons. Beaches where many buttons are found have generally been used by more people over a longer period of time. Old landfill sites near rivers and bays can also be a potential hiding spot for old glass buttons.

It’s easy to overlook the little finds for bigger, more impressive pieces. These little treasures have a big legacy – one that may not be as snuffed out as you think. More recently, there has been a resurgence in the popularity of glass buttons, and while nowhere near as mass produced as in the past, there may be a day we see them more often on our clothing. Besides, plastic will never compare to the luster and beauty of glass. More importantly, now more than ever people want to eliminate plastic from their lives. Something as small as a button may be one of the places to start.

So, remember the next time you are at the beach, pay attention to every wave. You never know what you’ll find.