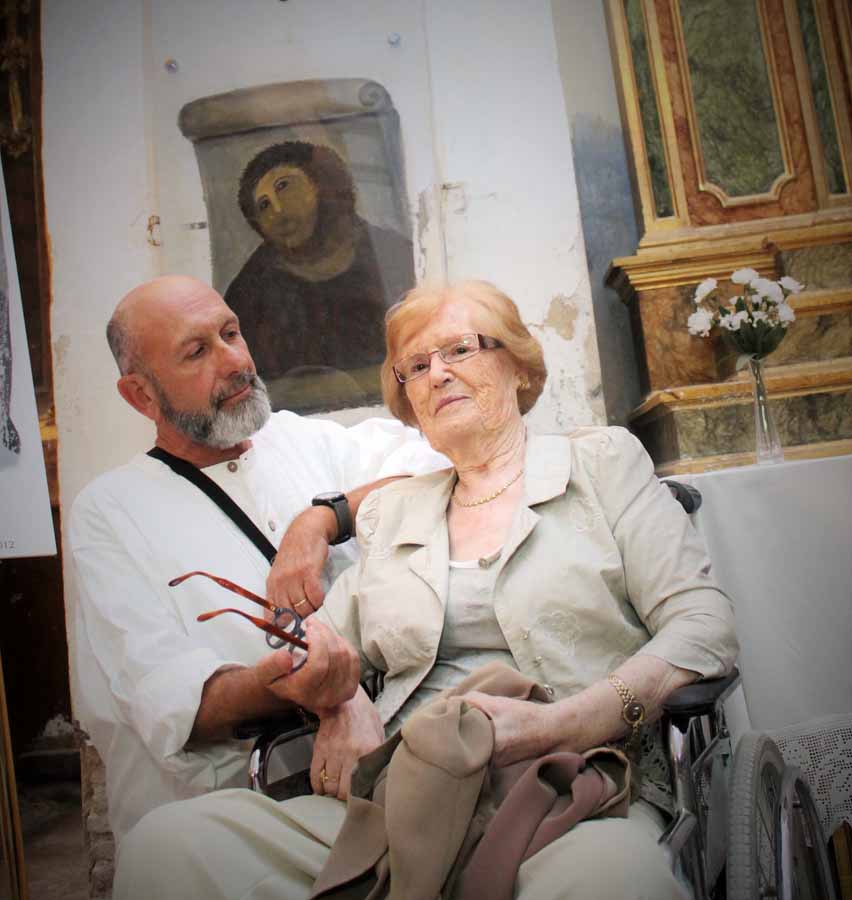 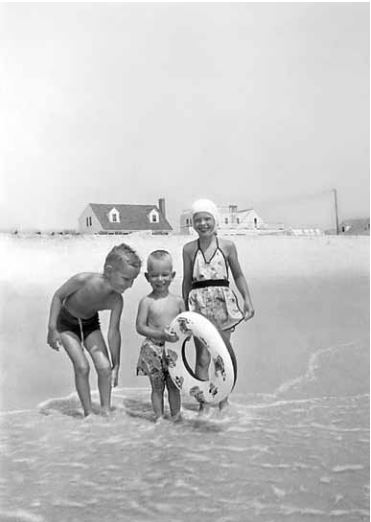 “I’ve traveled a lot and lived in many places. But no matter where I go…I’m always in an LBI state of mind.” – librettist and dramatist Andrew Flack

As a returning veteran of World War II, twenty-seven year old George Flack longed to resume living the life he hadn’t lost overseas. “In 1949, my father was offered the position of manager for Millside Farms’ Long Beach Island’s dairy operation,” said Andrew. George eagerly accepted the offer of gainful employment and the opportunity to return to the summer place of his youth.

Visiting LBI in the early 1940s, George had developed a passion for surf fishing and had become good friends with realtor Ben Lacky. Later as manager for Millside, George filled-in for the regular delivery men on their days off, while Andrew’s mother Lucille served up milkshakes and sundaes at the Millside Dairy Bar in Loveladies near the LBI Foundation of the Arts and Sciences. “My father loved it,” says Andrew. “My mother – not so much.”

For Collingswood, New Jersey native Lucille Prevary Flack, the isolation of life on the Island far out-weighed its beauty and charm. In 1951, only months before the birth of their son Andrew, George and Lucille left the Island, eventually returning to Collingswood where Andrew was raised. In a twist of fate, nine years later Andrew’s mother Lucille passed away.

Gene Higgins, Lucille Prevary, and George Flack had been friends in high school. Eventually, Gene became the fiancé of George’s best friend Charlie. The four friends, now two couples, frequently got together on Saturday nights. In time, as their lives moved in different directions, the friendships waned. Some twenty-years later, after reconnecting at their Collingswood High School reunion, George and Gene married in 1963.

Of one of the many coincidences in his life, Andrew mused, “I was born on my mother’s birthday. My mother, stepmother and I were all born in the same month. We are all Leos.”In the 1960s, George purchased a house in Brant Beach. And with that, LBI became the summer place of Andrew’s youth. “All the firsts of my youth took place on LBI,” said Andrew. 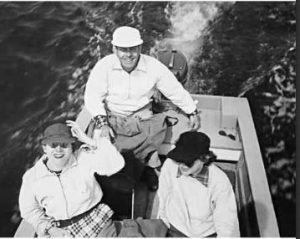 While surf fishing with his father one night near Barnegat Light, the dulcet tones of feminine voices and music in the distance drew Andrew’s attention. Down the beach a bonfire burned brightly. Silhouetted by the light of the flames was a group of young women from Penn. “I must have been around eleven or twelve years old. The full moon reflected on the surface of the bay. The breeze was warm. It was a perfect summer night,” recalled Andrew. “Watching them in the distance, I had a sense of wonder and anticipation – I felt like a universal mystery was about to be revealed,” he said. “It was a peak event in my life.”

In the late 1960s, Le Garage Discotheque Au Go-Go on 23rd Street in Spray Beach was a rock nightclub with live bands, psychedelic lights, dayglo posters, blacklights and throngs of sunburned kids dancing to deafening music. “My parents told me – never go there,” said Andrew. “I saw Vanilla Fudge at Le Garage. It was my first rock concert.”

One night, Andrew’s stepmother came to Le Garage – searching for him. “I was fifteen or sixteen at the time. I saw her first – working her way through the packed room,” laughed Andrew. “There I was….in an undulating crowd of sweaty hippies. I hid in the bathroom and didn’t get caught.”

At age sixteen, Andrew became a published poet. “The Beachcomber published three of my poems. They paid me $15.00 a piece,” recalled Andrew. “That $45.00 lasted me all summer. I used to hang around Kubel’s…just to see all the relaxed sophisticated people. To me, it had Greenwich Village style.”

“I’ve always written,” explained Andrew. “Nothing else would do. I’d take a promising job, work a year or two and continue writing.” Later, Andrew’s wife took a position that enabled her to hire him as a freelance writer.

In 1995 Andrew established Buzz, Inc., a marketing and communications firm focusing on food and the arts. “We started up just as organic foods were getting big,” he explained. The timing was good. Andrew wrote the pilot for “Bizarre Foods,” at the time called “Food Freaks.” “I knew Chef Andrew Zimmerman,” explains Andrew. “PBS shot the first episode for public TV.” “Bizarre Foods” was later picked up by The Travel Channel.

Andrew manages Buzz, Inc. in Colorado and writes for stage, screen, and film. Through the years, he has written five full-length screen plays. His comedic works have been produced off-Broadway in New York and regionally. And his musical about the life of Paul Robeson continues to tour. 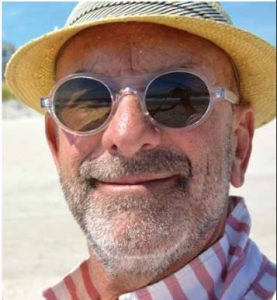 In 2012, with nothing more than an artist’s brush, a devout matron in a forgotten village in Spain captured Andrew’s attention, changed the lives of many, and inspired an opera.

When eighty-three-year-old amateur artist and self-taught conservator Cecelia Giménez attempted to restore Elias Garcia Martinez’ crumbling fresco Ecce Homo – Behold the Man, the result was initially suspected to be the work of vandals. No longer recognizable, the once deified image is beyond repair.

“I’d read about an elderly woman in Borja, Spain, who attempted to fix-up a fresco in her village church,” explained Andrew. “Her biggest mistake was that she went on vacation and left it unfinished. The town, local press, and even her neighbors shamed her for destroying the fresco. She was shunned by the community and became an outcast.” The botched image quickly went viral and became an internet sensation. The ensuing internet maelstrom of shame soon had an unexpected effect – free publicity. “The Ecce Homo debacle proved to be a tourism boom for the economically struggling town,” said Andrew.

“It’s a story of faith and forgiveness,” explained Andrew. “It’s about the effect of the internet on a small town in Spain and the faith that supported the woman at the center of the story. It’s about how Cecelia’s disaster became the town’s miracle.”

Though beyond restoration, since Cecelia’s transformation the much-ignored fresco Ecce Homo, previously destined to crumble into obscurity has been elevated to the status of profound pop icon and forever preserved in cyberspace.