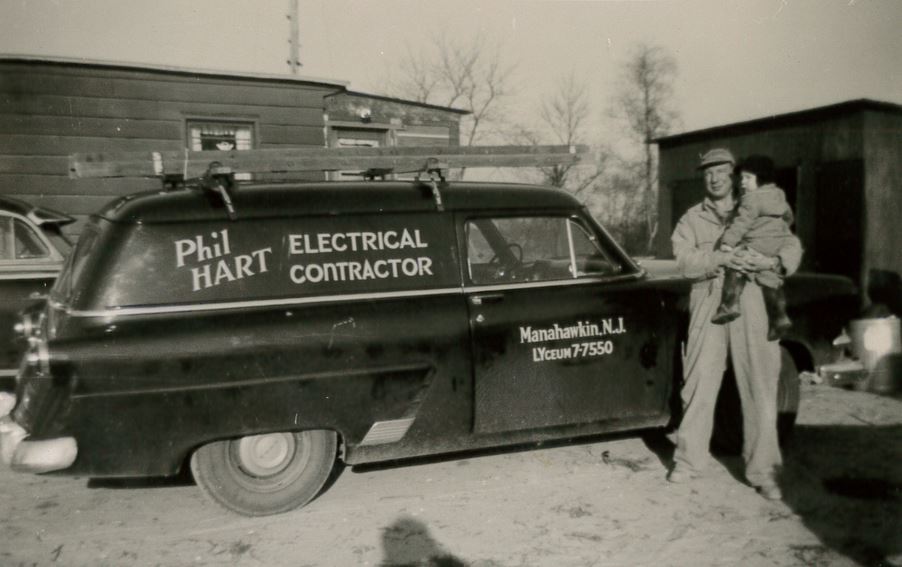 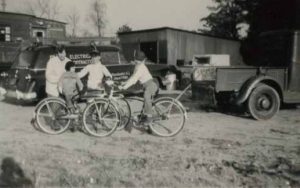 Phil Hart’s maternal great grandfather Louis Patterson was a disabled Civil War veteran searching for work when he rode the train to Tuckerton – the end of the line. He found work in Beach Haven, where he and his wife raised their family and set down roots on LBI that have extended to four generations.

“I was born in 1923 in Trenton,” said Phil. “We lived in Trenton – but always summered on LBI.” After Phil’s parents divorced, his mother Margaret moved her four sons to LBI. “We lived on 11th Street in Beach Haven,” he recalls. Eight-year old Phil quickly developed a life-long passion for the eighteen mile island his great grandfather had called home.

“My stepfather, Inglebirt “Bergen” Amundson was a fisherman from Norway,” explains Phil. After arriving in New York in 1922, Ber-gen was informed there was work on Long Beach Island in New Jersey. 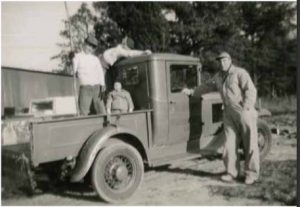 “He got a job at the Surf City Fishery and later went to work for the Beach Haven Fishery in 1928,” said Phil. “He became a pound fisher-man.”In the late 1930s, Margaret married Bergen – together they shared a love for LBI, fishing and lobstering. “Back in those days women didn’t go lobstering. But my Mom went all the way to Philadelphia to get a lobstering license that allowed her to go offshore during WWII,” said Phil. Most people in the United States were still feel-ing the effects of the Great Depression. Times were tough. Recalling how poor his family was in those days, “We ate a lot of lobster,” chuckled Phil.

Bergen was a great role model for Phil and his brothers. “In the 1940s, I became a pound fisherman like my stepfather,” said Phil. “My brothers, Gurney, Walter, and James also were pound fishermen.” The catch consisted of whatever fish were running that day. Their fish were taken to the Beach Haven Fishery, loaded up on the train and sent to either Philadelphia or the Fulton Street Fish Market in New York.

Pound fishing is a fishing net system using posts and netting. Off-shore, the fishermen drove posts into the bay or ocean bottom like fence posts. Netting was secured between the posts – like fencing to form pound nets. As fish swam into the nets, they became trapped. Fishermen went out in skiffs and claimed their catch.

Independent cod fishing was done in the cold weather, and an abundance of lobstering was done in warmer months. Pound fishing was not done in the winter. During the winter months, pound fishermen worked as carpenters, painters, and construction workers to support their families. As a young boy, Phil hung around the pound fishermen and the fishery. Phil beams as he recalls, “Those men were the best of the best. They treated us like family. Along with my stepfather Bergen, they were the reason many of us – including me – became pound fisherman.”

Phil smiled as he recalled Susie Salmons, the principal of Beach Haven School. “She was tough but fair” he states. Phil attended Barnegat High School where he played basketball and baseball. “The stage in the high school was also the basketball court,” recalls Phil. According to Phil, there were no late buses for students staying after school for sports. “I’d have to hitch hike back home to Beach Haven,” said Phil. 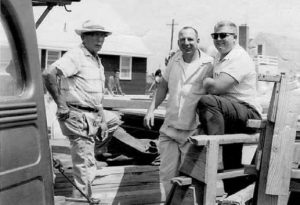 After graduation from Barnegat High School Phil joined the U.S. Coast Guard. While stationed in Atlantic City Phil met Ruth. Ruth was a radio school instructor in the Coast Guard. As a student in her class – Phil fell in love with his teacher. They married in 1944 and had four children James, Paul, Tim, and Phyllis. Today, they have eight grandchildren and nine great grandchildren. They were married for seventy-two years.

While serving in the Coast Guard, Phil was stationed near Little Beach between LBI and Brigantine. “We were on a large sail boat – a Dupont Yacht. Our assignment was to keep a look out for Germans,” Phil said with a laugh. “Thank God we never saw any because we weren’t armed back then.” He also remembers being lowered on a rope by his men from a third floor window of the Coast Guard barracks to sneak out to buy liquor for everyone.

Phil recalls that as a teen in Beach Haven to start up a game of sandlot baseball he would head south on the island, and a friend would head north just to round up enough guys. He was quick to add there was always something to do on LBI that didn’t involve money. They fished, swam, and drove their cars on the beach. “LBI was a great place to grow up,” he said proudly.

“Mom always had people gathered around her table to share what little we had,” Phil said fondly. “We didn’t have much, but we had everything. Whenever my Mom announced we were out of food, I’d go clamming.” Phil and his family saw the silver lining behind every storm cloud with the philosophy of “Where do we go from here?” Each storm was a renewal of strength. Phil recalled when the storm of 1944 hit. “We combed the beaches and streets to find treasures the storm had left behind,” he said. “I built an apartment over our garage on 11th Street from pieces we found of the Beach Haven board-walk that washed away in the storm.

At age sixteen, Phil and a friend decided to run off to Alaska where the friend’s uncle lived. As the boys headed down the boulevard on a cold winter’s night there wasn’t a soul in sight. As they grew colder and more tired they decided the direction of the first car they saw would determine whether they rode off the island in that car or got a ride back home. A car approached them going South – hitching a ride, they jumped into the car and returned home – each to the warmth of their homes and beds. No one knew about their short-lived adventure. 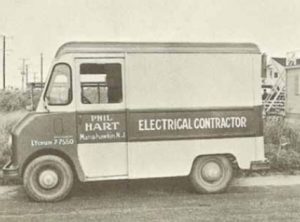 After high school, Phil worked part-time for Mat Tomaso Electric. Later he was trained as an electrician by Ron Cox Sr. of Cox Electric in Beach Haven. In 1954, Phil started Hart Electric. During his career as an electrical contractor, Phil had over five-thousand jobs, which included water treatment plants, movie theaters, Beach Haven West, Mystic Island and LBI locations.

In the summer Phil had twenty-five men on his company payroll. In the winter he had only one – his wife Ruth. Ruth was his book-keeper and helped on job sites. Phil closed his business just four years ago.

In 1951, Phil and Ruth built their home on the corner of Route 72 and Jennings Road in Manahawkin. They lived in their twenty by twenty-foot home with two of their children. In 1961, as their family grew, they purchased a home on Division Street. Today, Phil lives in the house on Hilliard Boulevard in Manahawkin where he and Ruth lived for the past thirty-six years.

When he moved to Manahawkin in the 1950s his Beach Haven friends gave a party for him. He laughed as he shrugged his shoulders and said, “I was just moving over the bridge”.

Sadly, Ruth passed away two years ago. She and Phil were active in the Manahawkin community. They were involved with committees that helped to establish the Cub Scouts, Stafford Town-ship Little League, and the Oxycocus Elementary and Southern Regional High Schools. Two of Phil and Ruth’s children had attended the four-room schoolhouse in Manahawkin where there were no indoor lavatory facilities – just an outhouse. The lack of indoor plumbing made establishing modern schools a personal mission for Ruth.

Throughout his life, no matter what it was, Phil poured his heart into everything he did. “Life is a special gift that I never take for granted,” said Phil. “I always look up to the sky each day and ask if I am doing the right thing,”