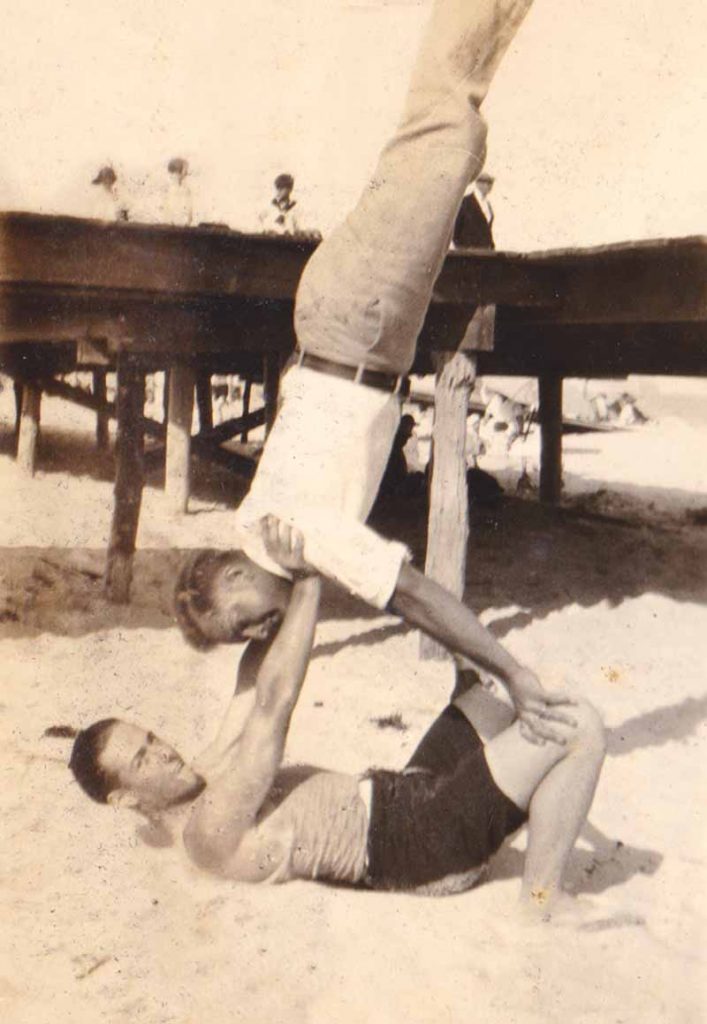 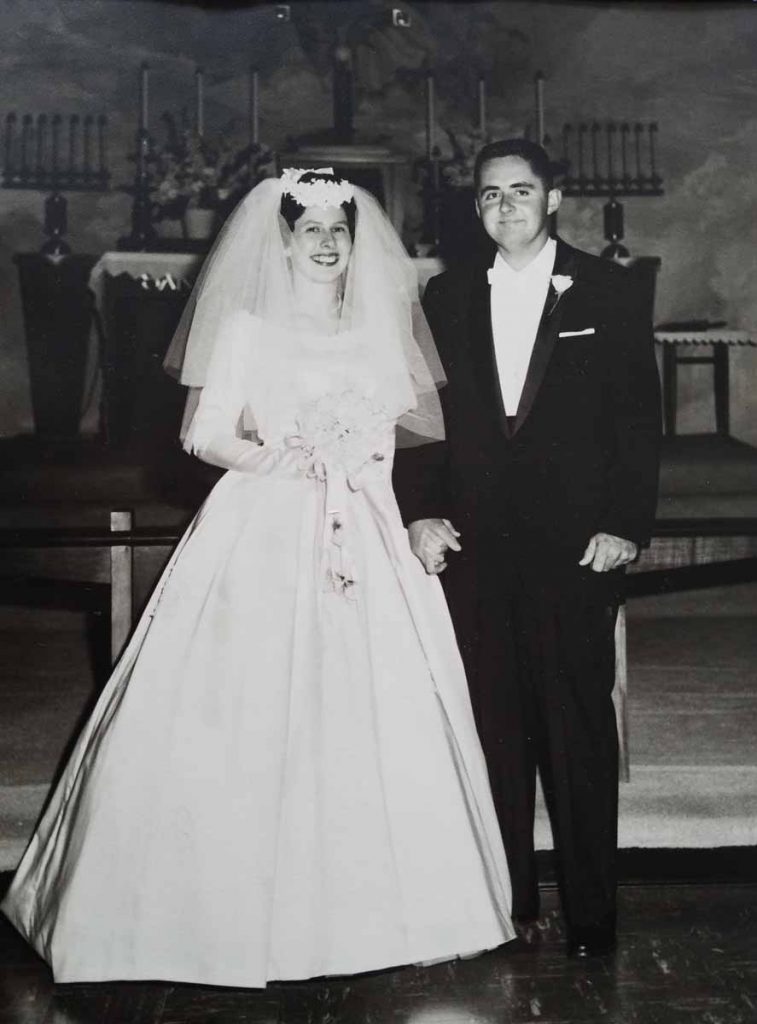 For Ron Cox, the history of LBI is written in copper wire, brick, boards, and paint. It’s a history he knows well from a lifetime of work that started at an early age. “When I was ten years-old, I did some maintenance and built a walkway to the beach at a house on 25th Street in Spray Beach owned by Mary Wardon Miller,” says Ron, “The house has always been known as Aunt Hill. Originally, the entire place was built from materials transported to Long Beach Island by a sailing scow,” he explains. Today, Ron owns and operates Cox Electric, a family business established by his father.

Raised in Beach Haven, Ronald Mills Cox, Sr. went to work for local electrician Harry Colmer at his Bay Avenue business. “My Dad eventually established Cox Electric at 220 Centre Street in Beach Haven,” recalls Ron. Ronald married Alice Mae Fritsch on April 1, 1937 at the Beach Haven Methodist Church. Ronald and Alice lived at 2105 North Beach Avenue with their two sons Ron and Robert. In 1955 Ronald Sr. built a new home for his family at 2109 North Beach Avenue. “Throughout his career, my dad only had two employees,” says Ron, “He was a member of the Beach Haven Volunteer Fire Department for forty-years.” On December 23, 1963, Ronald Sr. passed away suddenly while working at his beloved firehouse. 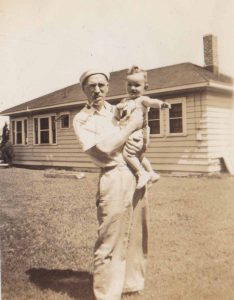 “I was born on the third floor of the place known by locals as The Baby Hospital,” says Ron, “It was located on the southeast corner of Ocean Street and Beach Avenue.” Contrary to its nom de guerre it also functioned as a surgical center. “Five years later I had a tonsillectomy and adenoidectomy at the same location,” says Ron. “Dr. Dodd was present at both events. He delivered me, and later assisted Dr. Paul Kimbell with my surgery.” Two padlocks with keys were a special gift from his parents after his surgery. “Since then,” Ron recalls with a broad smile, “I’ve collected padlocks with a passion.”

Ron attended the Beach Haven Elementary School. “After the very first day of school, the next morning I told my mother I’d had enough and wasn’t going back,” says Ron with a laugh. “After some words, my mother was walking me to the bus stop as the local police drove by,” he recalls with a slight laugh. “After Mom explained my attitude to him I had a police escort all the way to school.”

He went on to attend junior high school at Ship Bottom and graduated from Barnegat High School in 1957. While in high school, Ron enlisted with the U.S. Navy for a six-year program at Admiral Farragut Military School in Pine Beach. “I was on active duty, serving every weekend for two-years,” Ron recalls. “For the next two years, I reported for one weekend a month. For the remainder of my tour I was on standby.” 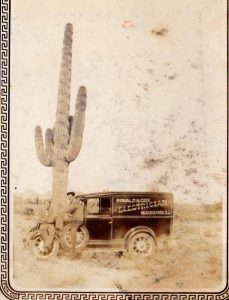 In the summer of 1956 Ron set out on a five-week cross country road trip to California with his friends Dennis and Kevin McCarthy. Driving his dad’s 1950 powder blue Chevy panel truck, Ron covered 261 miles a day. “It was a six-cylinder with a manual transmission,” says Ron. “Sometimes we slept in the truck along the road or pulled over and set up camp. We camped at Yosemite and Yellowstone National Park.” Making their way to the Pacific coast, the boys saw Old Faithful, experienced the intense heat of Death Valley and the beauty of mountains and glaciers. Swimming in the Pacific Ocean was not the fun they anticipated. “The water was between 58 and 62 degrees,” recalls Ron. “We were so cold, we turned bright red.”That summer, on a double date arranged by Dennis McCarthy, Ron met Phyllis Balbach. According to Ron, there was an immediate connection. He and Phyllis were married on August 22, 1961. Phyllis’s father was the owner of the Jet Stream Drive-In Restaurant and the Dairy King. “The restaurant is long gone,” says Ron, “but the Dairy King is still there.” Ron and Phyllis have two sons, Ronnie born in 1965, and Johnathan born in1970. 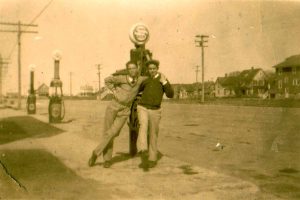 Ron has performed work at many local buildings. His affinity for their history is apparent. “When Southern Regional High School was under construction, my Dad and I installed all the electrical wiring for the wood shop,” he says. “I worked on the Atlantic City Electric Company, The Synthetic Gas Company, the barber shop, the laundromat, Osborne Realty, and the REA building all located in Beach Haven just to name a few. REA was similar to today’s UPS,” explains Ron. In the late 1990s Ron worked at Farrell Browning Cottage. Built in 1874, it is the oldest house in Beach Haven. “I built a porch, refurbished a pie cooling porch, repaired copper roofing and fixed window screens,” recalls Ron.

Over the years, as houses and buildings on LBI were demolished either by storms or progress, Ron’s passion for their history continued. “I used the red bricks from the demolished REA building to build a flower bed and steps at my home,” he says with satisfaction.

Today at home, Ron and Phyllis are surrounded by LBI history. Though the house, is not a historical structure, it is historic in parts. Built by Ron it includes architectural salvage from LBI, the house reflects his talents and affinity for the history of its buildings. “It’s a recycled house,” explains Ron.