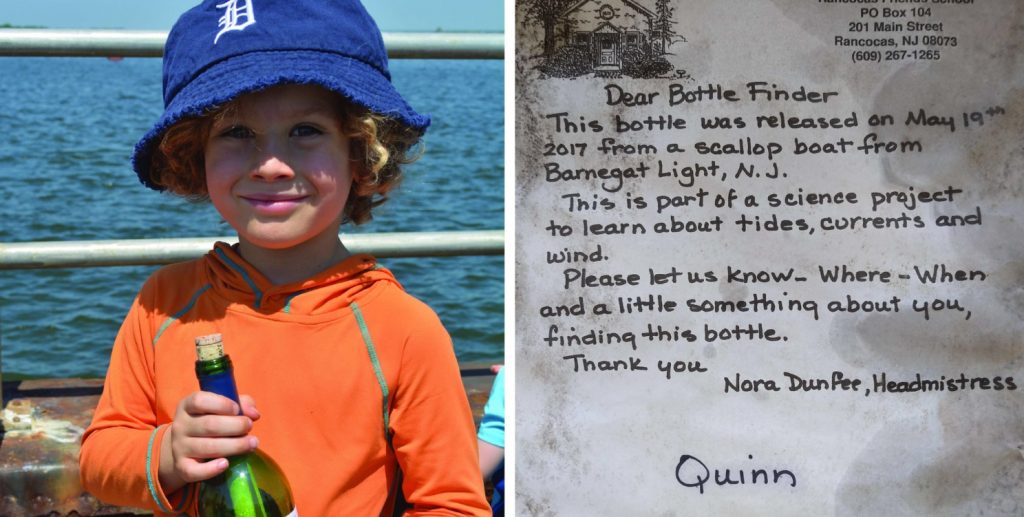 In 2017, as a school project, students from the Friends School in Rancocas, New Jersey released numerous glass bottles containing messages into the Atlantic Ocean at Barnegat Light, New Jersey. Four years and thousands of nautical miles later, one of these bottles made its way to the coast of San Salvador Island in the Bahamas. That bottle containing a message written by one the Friends School students was found by 7-year-old Stasiau who is sailing around the world with his parents Małgorzata and Krzysztof and 4-year-old sister, Ania. 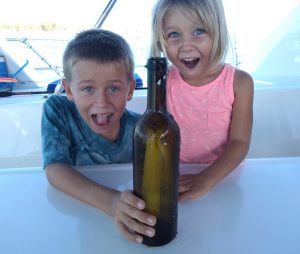 About three years ago, this intrepid family of four from Bąków, Poland committed to a life at sea and set sail on a journey around the world in their sailing yacht s/y Rybka. They record their adventures and travels through video, which they post to social media. Małgorzata “Gosia” began sailing as a child. Since then, she has logged thousands of hours at sea as a yacht captain, owner of a sailing school and sailing instructor. She also took part in the Women’s Regatta that sailed around the world. 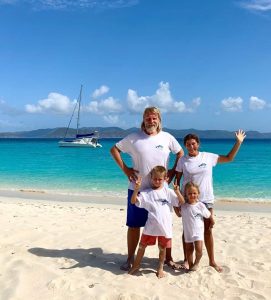 Krzysztof “Krisu”, is a commercial airline pilot. In addition to flying, he is also a teacher and journeyman car mechanic.

Based on her knowledge of currents, Gosia believes the bottle did not travel directly from Barnegat Light to the Bahamas as there is no direct gulfstream to the islands. Instead, she theorizes that it first drifted all the way to the Azores or the Canary Islands, and then, carried by trade winds, made it to the coast of San Salvador. Stasiau found the bottle at Cockburn Town anchorage where the family was anchored.

The Rybicki family plans to spend one more year at sea to complete their journey and bring an amazing voyage to an end. Eventually, they will return to Poland and new adventures.

Stasiau and Ania are home schooled at sea. They are keen to connect with the Rancocas Friends School student whose message was in the bottle Stasiau found. The letter was simply signed “Quinn.” Unfortunately, Gosia’s efforts have been unsuccessful because the Rancocas Friends School is no longer in operation. Recently, Gosia’s online search let her to contact Echoes of LBI Magazine for assistance after discovering the story about Rancocas Friends School students and their messages in bottles featured in our Summer 2017 issue. Quinn, age 4 at the time, was one of the students featured in the article. If you were a student or faculty of Friends School who participated in the 2017 message in a bottle project, and know how to reach Quinn, please reach out to echoesoflbi@gmail.com.