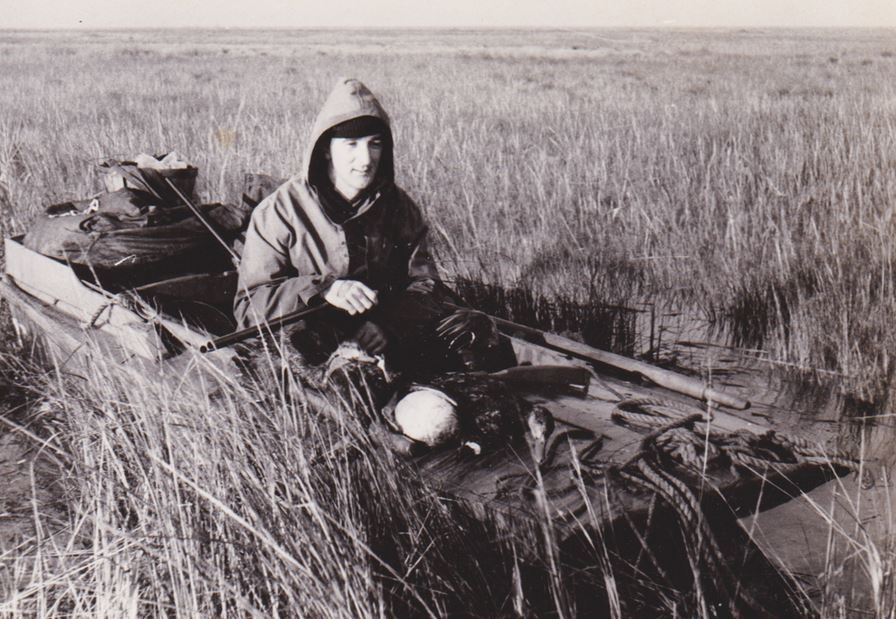 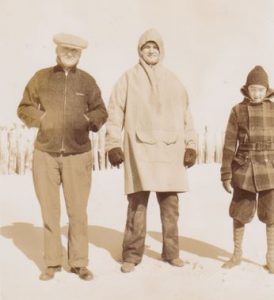 Art Heidrich, Charles Hanford and Charles Moffett in the winter in Holgate, 1940s.

Returning to the dock after a long day of working on a fishing charter, Charlie Moffett always knew if local fireman Francis Nulty was around. “Every time, he’d yell, ‘All you young kids will grow up and move away from LBI.’ He shouted the same thing every single time,” said Charlie. For most tired teenagers, that greeting would have quickly become just another part of the daily grind. But for Charlie Moffett those words would echo through his mind in the coming years.

Charles Moffett III was born in Trenton, New Jersey on October 22, 1930. In 1936, his grandfather, Charles Moffett, and father, Charles Moffett II, along with a group of sportsmen from Trenton, formed the Eureka Rod and Gun Club which made its home in a small log cabin on Jacqueline Avenue in Beach Haven near the inlet. “As a kid, I spent most weekends and nearly every vacation with my dad and grandfather at the clubhouse,” said Charlie. “They spent so much time there we called it, The Year-Round Club.”

The hurricane of 1944 that havocked the eastern coastal states, swept the fishing and hunting club into the bay. A few days after the hurricane while rummaging through storm debris along the shore, Charlie found a small cache of his father’s duck decoys.

In 1945, Charlie’s family moved to LBI. “My father got his captain’s license, bought a fishing boat from Captain George Clover, and started his own fishing charter business,” recalled Charlie. “Eventually, I worked on my father’s charters.” 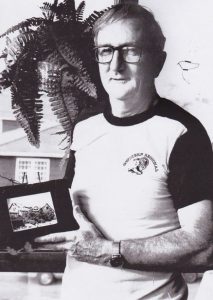 While a he was a student at Barnegat High School Charlie became a basketball star. “I tried out as a freshman,” recalled Charlie. “Other guys on the team were Larry Kelley, Marve Dunfee, and Jack Kennedy. Our coach was George Clover.” At 5’7″ with quick hands, Charlie was known for his ability to anticipate the moves of other players. Charlie was also class president for three years.

After graduating Barnegat High School in 1949, Charlie joined the U.S. Navy in 1951. For the next four years he served on the aircraft carrier USS Midway and at Fleet Weather Center in Norfolk, Virginia as a weather observer. Upon completing his tour with the Navy, Charlie went on to receive a Master of Education degree from Miami University in Oxford, Ohio. With the words of Francis Nutley still fresh in his mind, he returned to Beach Haven and never looked back. Charlie’s thirty-five-year career in education began in 1957 when Southern Regional High School in Manahawkin, New Jersey opened its doors. He taught Social Studies to the first class of students at the new school and coached the boys’ basketball team. From 1961 through 1970 Charlie was the principal of Southern Regional Adult School, and eventually served as the president of both the Southern Regional Education Association and the Ocean County Educational Association.

While teaching at Southern, Charlie met his wife Carolyn. They were married in 1964 and built a house on 5th Street in Beach Haven where they raised their daughters Charlene, Christine, and Cherylanne. 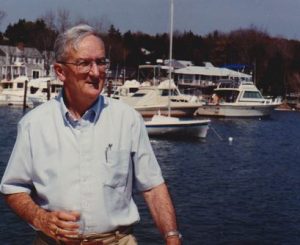 Moffett aboard the Charles Ray, 1990.

At a twenty-nine year class reunion for students of Southern Regional High School a former student recalled how Charlie had taken the time to calm and reassure everyone immediately following the assassination of President John F. Kennedy. Charlie’s simple heartfelt words, “It’s going to be okay,” left a lasting impression.

Today, Charlie and his wife still live in their house in Beach Haven. They enjoy spending time with their five grandsons – Charles, Ian, Jacob, Aaron, and Erik.