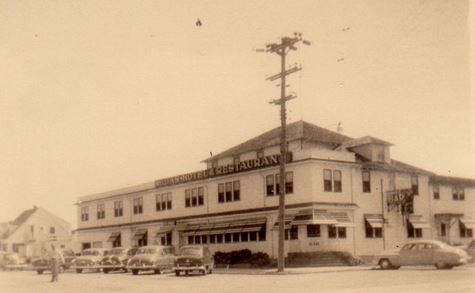 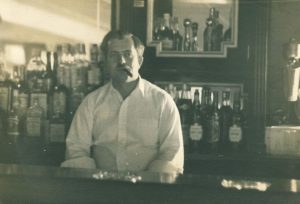 When it opened in the spring of 1927, the sprawling building on the corner of Long Beach Boulevard and East 44th Street was known as The Brant Beach Hotel. Originally slated to be called The Plantation it was to be a portent of an exclusive summer colony of elegant hotels, lush private homes, exclusive shopping and a one-mile beach boardwalk envisioned by William J. Noonan Sr., Charles Durborow and Robert Osborn. The stock market crash of 1929 brought an abrupt end to their ambitious undertaking with only a fraction of the project realized.

In 1931, at the height of the Great Depression The Brant Beach Hotel was purchased by Martin Wida, a young local butcher turned restaurateur. A Hungarian immigrant, Wida came to the United States in 1911 where he apprenticed in a Philadelphia butcher shop. He moved to Beach Haven with his wife Anna and mother-in-law Grace Kapazsi in 1925, where he opened a butcher shop on the east side of Beach Avenue near Centre Street. Frugal and hardworking, by 1927 they purchased the Clearview Hotel on New Jersey Avenue in Beach Haven Terrace. Success and a devoted customer base followed Wida to his new venture in Brant Beach. 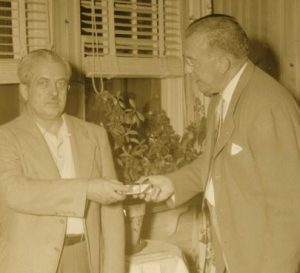 In the late 1920s, early 1930s, New Jersey Governor Edward I. Edwards made good on his campaign promise to keep the state “as wet as the Atlantic Ocean.” The coastal areas surrounding LBI became a leading national receiving center for bootleg alcohol. LBI was alleged to host several speakeasys including Martin Wida’s Clearview Hotel in Beach Haven Terrace. After purchasing the Brant Beach Hotel Wida allegedly operated a speakeasy in a room on the southwest corner of the building that eventually became a liquor store. After the repeal of Prohibition in April 1933 the north side of Wida’s Restaurant became the elegant “Silver Grille.”

In the decades that followed Wida’s Restaurant would become synonymous with fine dining on LBI. As a venue for special occasions, a destination for visitors, a background in countless photographs of those who gathered to celebrate, or a quiet Sunday dinner with family – Wida’s became a part of each intimate memory, and a part of the collective history of the Island.

In 1911 Martin Wida, Anna and her mother Grace Kapazis immigrated to the United States from Hungary. Though they had lived in the same Hungarian village, Martin and Anna met for the first time at a dance in the Philadelphia area. Drawn to Beach Haven by the same forces that drew them together, Martin and Anna raised their family on LBI and continued to operate Wida’s for many years. Their daughter Theresa Wida married George Schnell Jr. the son of a local building contractor. After Martin Wida passed in 1965, members of the family continued to run the restaurant.

Grace Kapazis retired at ninety and would live to be one hundred and five, outliving her daughter Anna by many years. In her later years, Grace lived on Cedar Street in Tuckerton in the home of her great-granddaughter Anna Schnell Stevens and her husband Alfie Stevens. 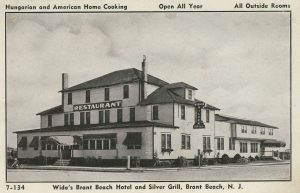 “They treated me like family from the very beginning,” said Alfie Stevens, referring to Martin and Anna Wida, the grandparents of his late wife Anna Schnell Stevens. When Alfie and Anna announced their engagement, Martin handed him a blank check to purchase a new car. “The only requirement was that I buy her an automatic,” said Alfie.

Alfie remembers the Wida family with great affection. “Great grandma Kapazis was at the restaurant working in the kitchen every morning,” recalled Alfie. “She had her first slice of pizza at our house in Tuckerton. She never had pizza before and it was only after she retired from the restaurant.”

Over the years, multiple generations of devoted customers dined at Wida’s. Known for excellent sea food and good service, “The restaurant was always busy,” said Alfie.

The sprawling building on the boulevard between 44th and 45th Streets in Brant Beach that was once Wida’s Brant Beach Hotel and Silver Grill still stands. The restaurant and the Wida family live on in the memories of many and the collective history of LBI.