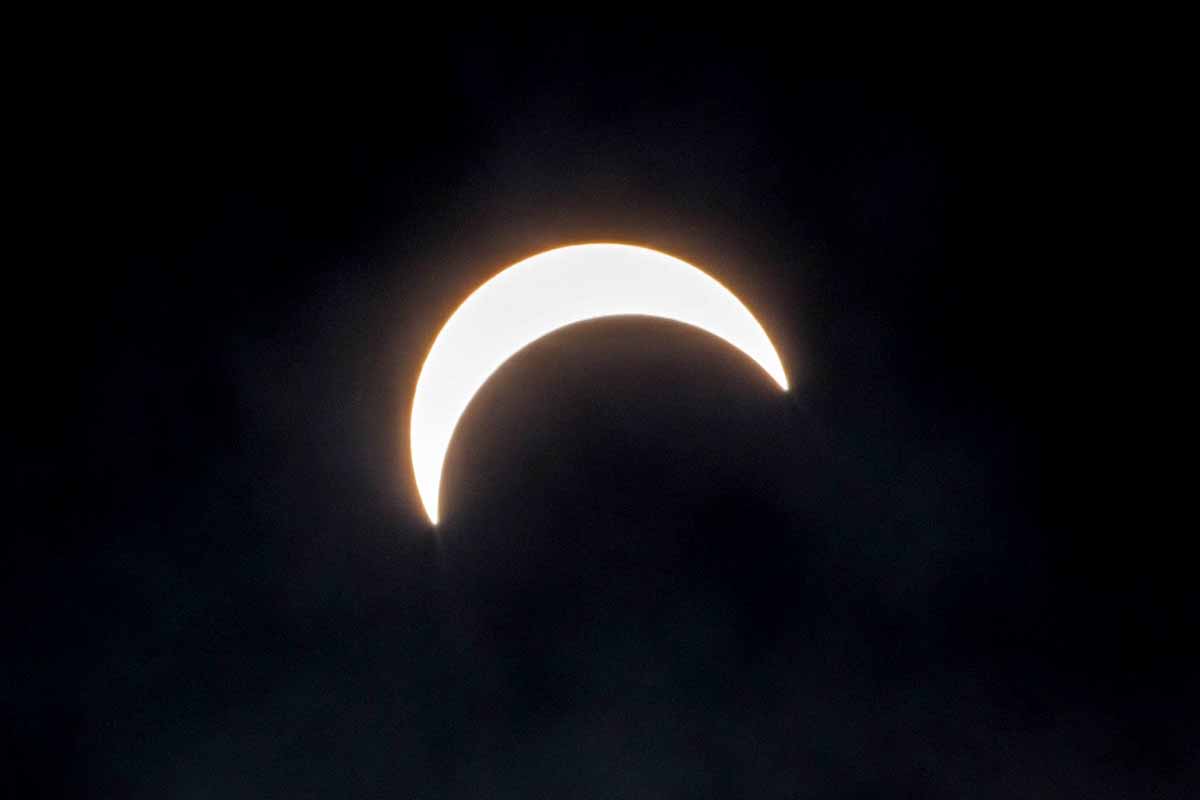 Photography above and text by Jonathan Carr

On Monday, August 21st of the year 2017, New Jersey residents were treated to an 80% solar eclipse. The last solar eclipse I remember was on May 10, 1994. I was still attending the Southern Regional School District. That eclipse actually occurred during my seventh period science class. I remember our entire class made filter boxes for viewing. Unfortunately no one had smart phones or access to multiple social media sites back then. With that said, this year’s eclipse was the most documented solar eclipse in modern history. 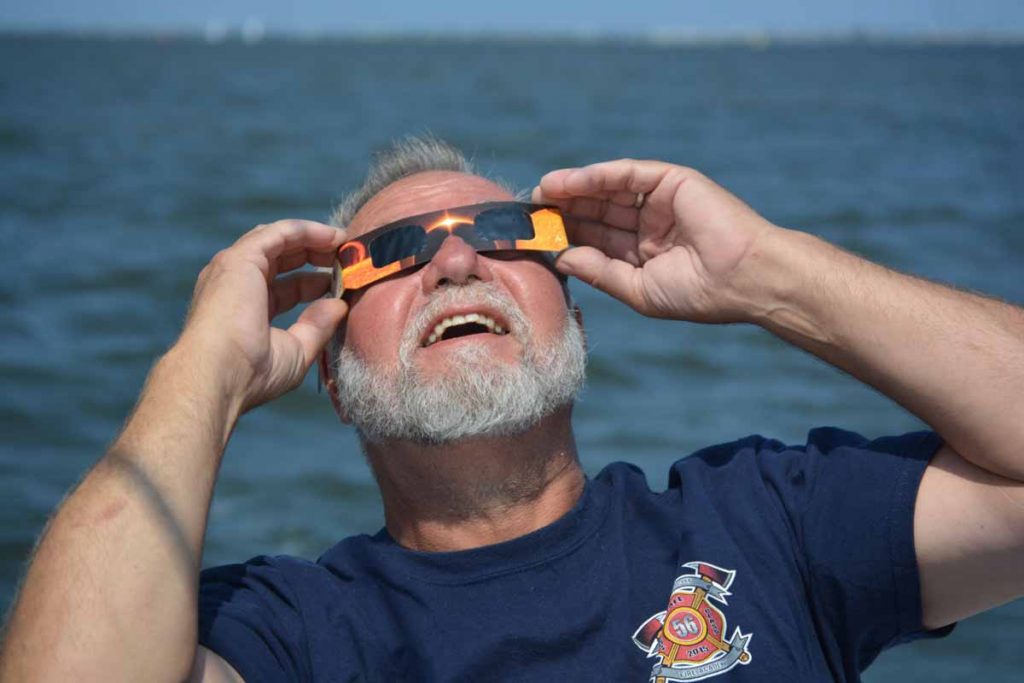 An eclipse happens when a new moon passes between the sun and our planet Earth in a specific alignment that allows the moon’s shadow to alter the brightness of the Earth’s surface. Solar eclipses can either be partial, known as annular, or total like this year.

I always wondered why such an occurrence didn’t happen more regularly. After all, there are twelve new moons per year where the moon is between us and the sun. After a bit of research I learned that the moon is not on a perfect orbit around Earth. It’s actually on a five degree tilted orbit to the Earth around the sun. This makes the occurrence of a total, or even annular, solar eclipse a rare phenomenon.

During a solar eclipse the sun, Earth and moon represent three celestial bodies of an overall gravitational system aligned in a straight configuration, known as a Syzygy. The three celestial bodies can be planets and/or other moons. The scientific process confirms the findings of Nicolaus Copernicus, that all planets in our solar system are heliocentric to our sun. I find it remarkable that scientific method can predict solar eclipses so far in advance. 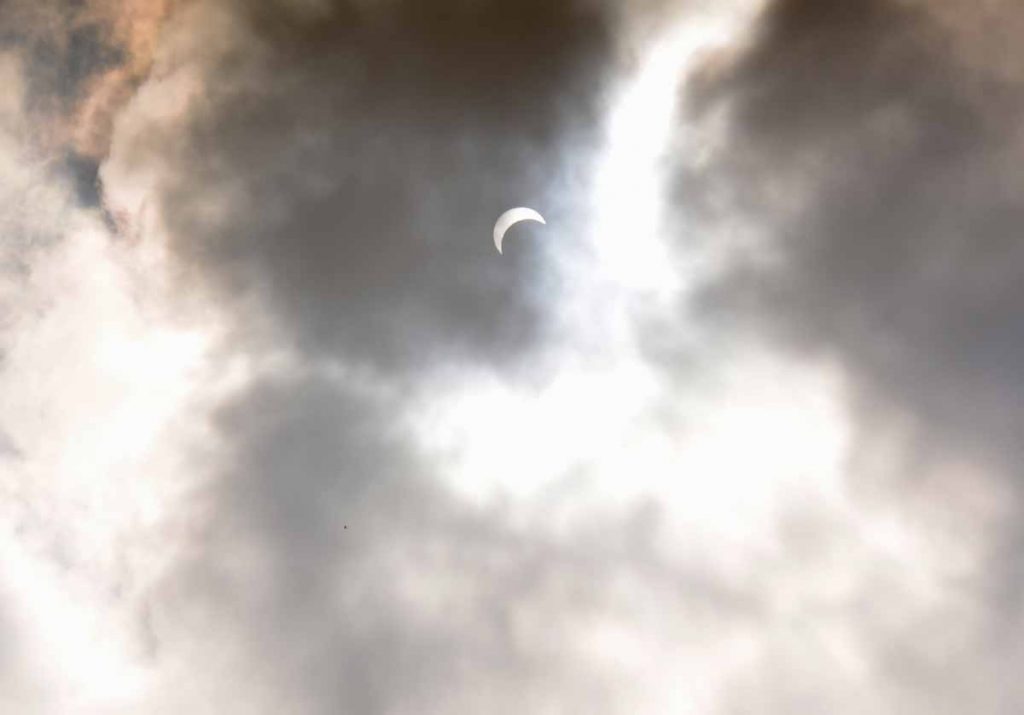 As fascinating as a solar eclipse is, it can be very dangerous to the human eye. When the moon visually impairs the sun, we are allowed to see the outer shell of light that radiates away from the sun. This is called the corona. Powerful ultraviolet rays of radiation still make it to our human eye. The darker conditions that surround a solar eclipse allow our pupils to dilate and generate a wide aperture within our eyeballs. Therefore, our eyes are more prone to let the visible spectrum, as we know it, and dangerous invisible spectrum in. The safe way to view a solar eclipse is with a high-power filter whether that be a set of approved and official solar eclipse viewing glasses or some kind of box filter system like I described before. Given how documented this eclipse was, there should be no problem finding a great shot on social media or in Echoes of LBI Magazine.

The last part of a solar eclipse I’d like to discuss is its impact on weather. Areas in the path of totality, and even areas with as little as 70% blockage, saw a temporary temperature drop. Parts of the Mid-Atlantic U.S., including southern New Jersey, fell from the mid-80s to the mid-70s during peak blockage. On satellite imagery I was able to observe a decrease in diurnal cloud coverage across the Eastern U.S. This teaches a lesson about diurnal instability. Once the solar eclipse was over, temperatures rapidly climbed back into the 80s. This teaches that the surface layer of the atmosphere can be heated rapidly with direct sun. This is why the difference between clear skies and cloudy skies can have huge implications on thunderstorm intensity.