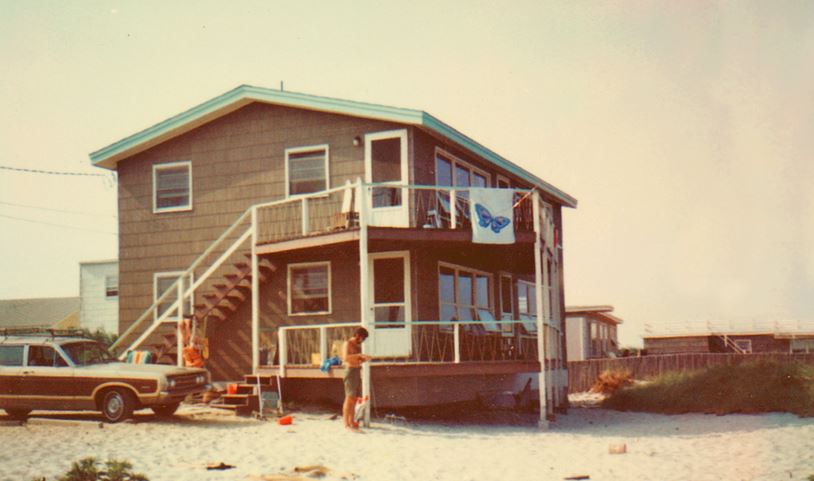 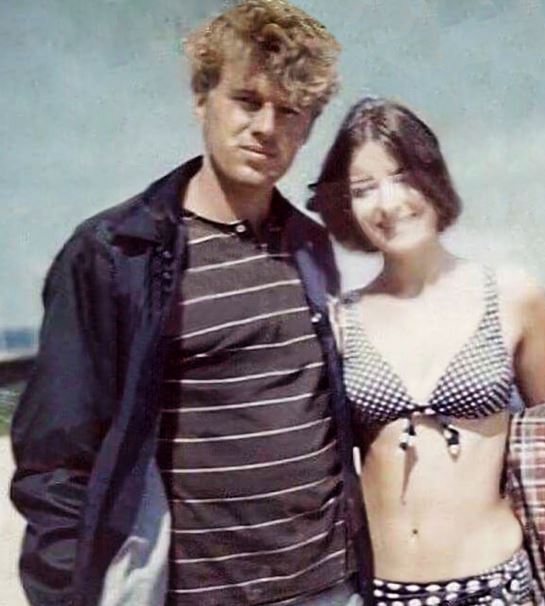 Arriving at this paradise of surf, salty sea breezes, fine white sand, and family atmosphere, felt like home.In the summer of 1969 America was engulfed in the Vietnam War, peace, love, rock and roll, flower power, and endless optimism. This gem of sand, a tiny barrier island – eighteen miles long and six miles out to sea – was already a legend and summer home to locals, renters, and day trippers.

Just married, after college graduation, my husband Paul and I traveled across-country finally passing through pygmy pines so barren – no pit stops – until just beyond the New Jersey boarder for capicola hoagies with sweet Jersey tomatoes. The taste forever became the shore to me.

The season started on the east coast in mid-June when kids got out of school – the population would swell as people began to make the trek down the shore. Route 72 and the Garden State Parkway congested on Saturdays; and in a seasonal ritual, after Exit 63, cars snaked bumper to bumper across the old Causeway past The Shack.

Barnegat Light was home to sea captains like Larson and Puskas, who docked their fishing fleets. Atlantic saltwater lapped at the feet of Old Barney and we’d climb down the jetty to swish our feet in the sand as breakers created phosphorescence at night. After the 1962 nor’easter Paul’s family purchased two bay lots on Bergen Avenue in Harvey Cedars for $5500 – it was the start of a family legacy. They built a duplex – renting one unit – with the family using the other. His Mom, a teacher in Alpine, spent summers there with seven children. Her husband, like many, came down just on weekends. Later they constructed a Japanese hurricane house, a single-family home built on pilings. It was an idyllic life. Days were spent at the ocean beach. Everyone had hazelnut tans, sun bleached hair, bare feet, and a carefree lifestyle. 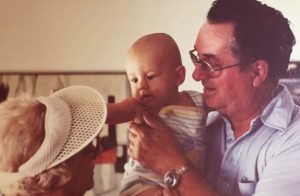 Bergen Avenue had a lovely view of the Bible Conference and Woods Island. Longboards rode sweet lengths at Hudson Avenue. Paul sailed his sixteen-footer and later his catamaran to the post office to get my letters each day. His nine-foot Rick, baby apple teal longboard, was the love of his life next to me!

Cool sea breezes, the smell of board wax, and the roar of waves made each September a painful exodus. Yet thoughts of next summer kept families coming back, repeating the tradition, from one generation to the next. LBI was like no other barrier island. Its pristine, soft sand with a family friendly culture set it apart.

When we arrived on LBI, Paul’s lifeguard position didn’t start for two weeks. So, he flagged down a sanitation truck owned by Caldera Brothers and got a temporary job. It got him in shape for his surfing lifeguard gig. Every morning, as his truck passed-by our place, I brought him coffee in a cup from our wedding china and as he sneaked a kiss from his young bride his coworkers would cheer, hoot and holler.

The following summer Paul was promoted to lifeguard lieutenant and drove a beach buggy. Somewhere in an old issue of The Beachcomber is a caricature of him driving over someone embedded deep in a dune.

My sister-in-law Stacy and I were two of Harvey Cedar’s first beach badge checkers. Mayor Reynold Thomas hired us. Later he drove me to the Surf City 5 and 10 for our uniforms. I selected a white pith helmet and a white tennis skirt, either because the selection on the Island was limited or simply because it was cuter than shorts! It was a mundane job but hearing the roar of waves all day was a definite perk. I don’t think we ever wore those uniforms. One of Paul’s life guard blue tees over a swim suits fit better. Mayor Thomas also owned a dredge company. That summer when my folks visited from Kansas, he took them on a tour around the bay in a barge.

We danced nights at Le Garage Discotheque in Beach Haven where Bruce Springsteen had early gigs; and Hendrix, Dillon, and Joplin, were contemporaries. At twenty years old, I wasn’t even old enough to enter bars. Woodstock happened. Men walked on the moon that summer. Worlds apart from confusion, reality changed forever in strife, progress, and regression; on the Island, we were somewhat isolated in harmony, peace, and good old days. Surflight Theatre was without air conditioning. Picturesque Victorians dotted the Island and The Engleside Inn was still owned by the Hillman family and my dear friends Michele and John. Summer flicks were at the Colony and Colonial; we saw the original Jaws at the beach. Afterward, the guys hit the night surf on Bergen Avenue!

After Massachusetts law school and graduate school, Paul came back to LBI in 1976 and never left. He had a law practice and municipal judgeship in Harvey Cedars, Surf City, Ship Bottom, Manahawkin, and a few others on the mainland. He was chairman of the board at Southern Ocean County Hospital.

Years later, Paul and I raised our son Jonathan here, who many know as JC of WeatherNJ. 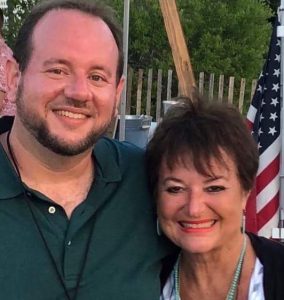 Jon and Kathy at 2018 WeatherNJ fundraiser.

Three years ago, I retired from Southern Regional High School. For more than forty-two years teaching was a vocation as well as a career. I also taught CCD classes for six years at Saint Francis.

I clicked my ruby red flip flops in 1969…home sweet home…and our endless summer after all!

December 2018, I survived a head on auto collision. EMTs using the jaws of life, extracted me from my vehicle and I was transferred via helicopter to the trauma center at AtlantiCare Regional Medical Center. Throughout this ordeal, I have experienced the skill, expertise, compassion, and love of our community – the community we chose as our lifelong home so long ago. Today, my recovery continues. I am walking with a cane and continue physical therapy. My greatest joy and motivation has been the news that another generation will arrive in July or August. I will be Granny to a very special baby girl.