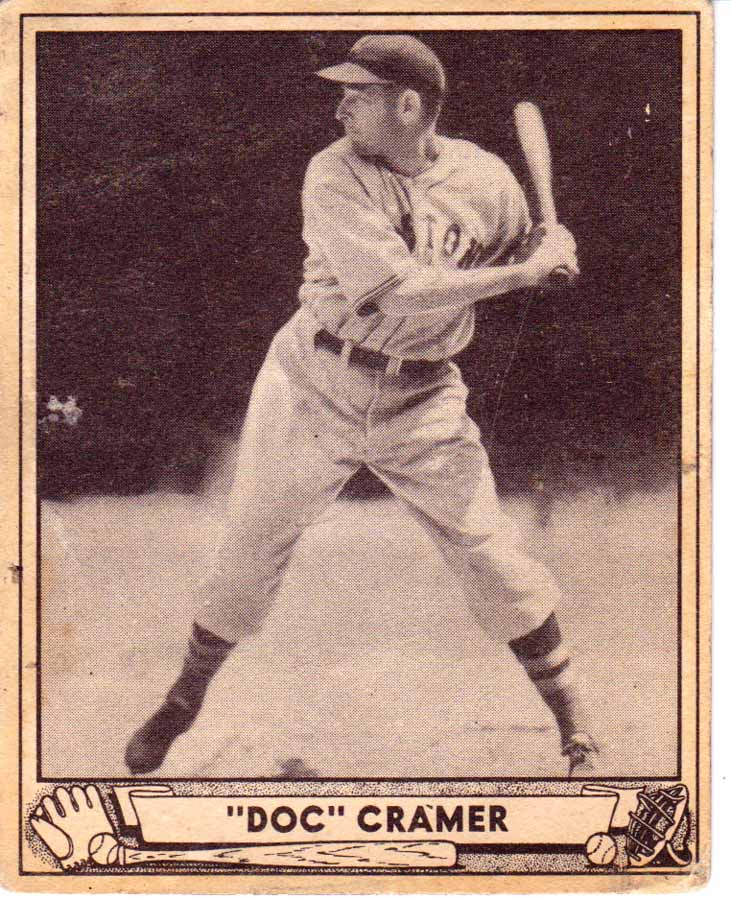 The crack of a bat making contact, cheering fans, and the umpire’s indisputable call are all sounds of America’s favorite pastime – Baseball. Ocean County has its share of tales about many local “boys of summer.” Membership has ranged from Babe Ruth and Little League to semi-pro and minor ball teams. Their ages have included T-ball beginners to seasoned players in their seventies and eighties. Indeed, baseball is a sport played and enjoyed for generations at the shore. Roger ‘Doc’ Cramer, our very own Major League player, certainly influenced that popularity.

Doc played in the majors from 1929 to 1948, primarily for the Philadelphia Athletics, and the Boston Red Sox. Despite his many impressive stats, he never was chosen for the Baseball Hall of Fame. For example, he played in five All Star games and had a career batting average of .296. Doc tied a major league record by going six for six in a nine-inning game – the only American Leaguer to have done this twice. All this information and more can be found on baseball-almanac.com

Doc was a typical Jersey Shore kid. He was born in Beach Haven to John Roger and Eva Jean (Sprague) Cramer on July 22, 1905. The family moved to Manahawkin when Roger was an infant. His nickname, Doc, was an interesting childhood addition. He loved to go with Dr. Joshua Hilliard on house calls, first by horse drawn carriage and later by roadster. There were lots of opportunities to tag along because, according to Ed Hazelton of Manahawkin, Dr. Hilliard delivered over 2,000 area residents.

It is interesting to note that Roger preferred this childhood nickname to one that a sportswriter later gave to him. He was called Flit after a commercial fly catcher of the same name. Although the nickname seemed a perfect match since Doc was a killer of fly balls, it never gained much popularity.

When not traveling around with Dr. Hilliard, Doc enjoyed the typical childhood activities. He did his chores, swam, fished, hunted and, of course played baseball. From his early days, Doc was obsessed with the sport, watching local games, and playing as often as possible. Back in those days, there were pick-up games where the boys learned from one another. In those days, only boys played baseball.

Doc played baseball in high school. After graduation, he apprenticed with Herb and Lonnie Cranmer as a carpenter. On December 26, 1927, he married his sweetheart, Helen Letts. They would eventually have two daughters.

However when baseball season rolled around, Doc played on one of the semi-pro teams. In 1928, he was playing for the Beach Haven team when Cy Perkins, a scout from Philadelphia Athletics spotted him. Cy invited him to Philadelphia to meet the owner. Even though his father did not want him to go, Doc went to Philadelphia and the legendary Connie Mack signed him up for $3,500. Doc started his career late at the advanced age of twenty-four. As a left-handed hitter and right-handed thrower, weighing in at 185 lbs. and at six foot two inches, he was an ideal ball player. In a 1933 newspaper sports article, Doc was described as “a man of highest character, modest, well-liked by everyone on the team.” For the next twenty-years, baseball was his career as well as his love. 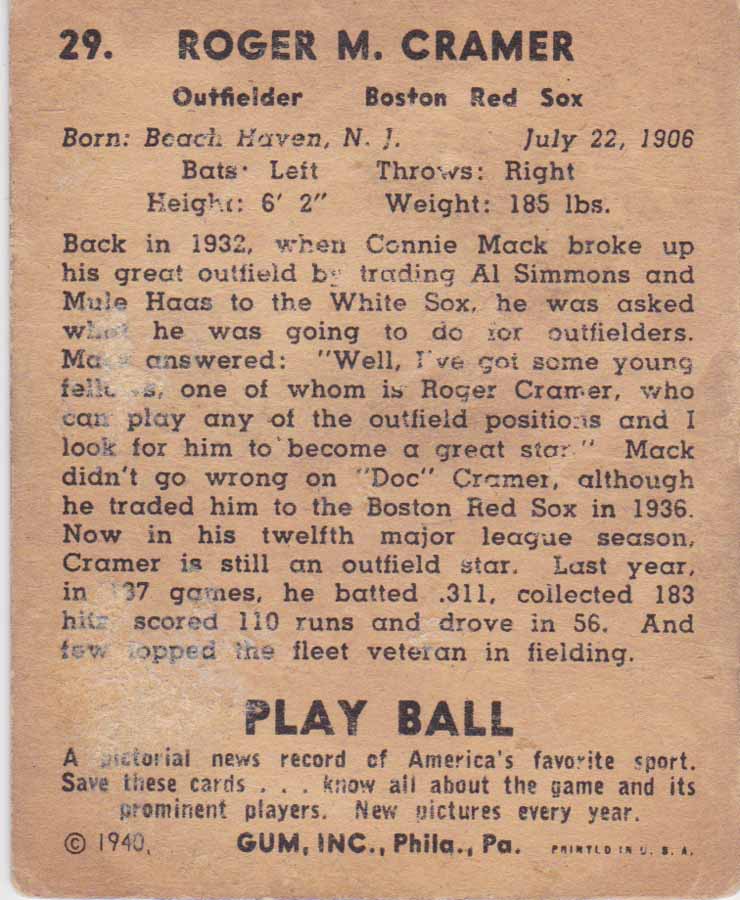 In the off seasons, Doc worked as a butcher and later as a carpenter. He also loved the shore life. Hunting and fishing were part of his daily life. The Ocean County offices have an affidavit signed by Doc stating that he killed twelve foxes in 1939. He was to receive a bounty of $3.00 each.

Locals credit Doc for bringing the interest of the Big Leaguers to the Island which brought more jobs to the area. The Stafford Chronicles stated that in the early 1930s Doc brought the Philly Athletic players, B. Miller, Mickey Cochrane, and Rube Walberg, for gunning on the Bay. Babe Ruth was also a frequent visitor who went gunning with Doc. The Babe drank and ate at the Acme Hotel, and had evenings of revelry at the National Hotel.

After he retired from baseball, Doc continued to work as a carpenter. While living in the house his uncle built at 201 Amber Street, Beach Haven, he built many houses on LBI as well as in Beach Haven West.

He was a Freemason for over fifty years, and was very involved in the community. According to local historian, Larry Oliphant, “Doc coached the Babe Ruth team. He would not coach Little League because he couldn’t put up with the nonsense. He felt that you had a choice – learn baseball or cry. He always autographed baseballs for whoever asked.”

Doc Cramer was native son of Ocean County. A street in Manahawkin, New Jersey bares his name. He was a son, a brother, a husband and a father, a hunter, a teammate, a Freemason, a butcher, and a carpenter. But, first and foremost, Doc loved the game of baseball.

Doc Cramer died on September 9, 1990 in his beloved Manahawkin.