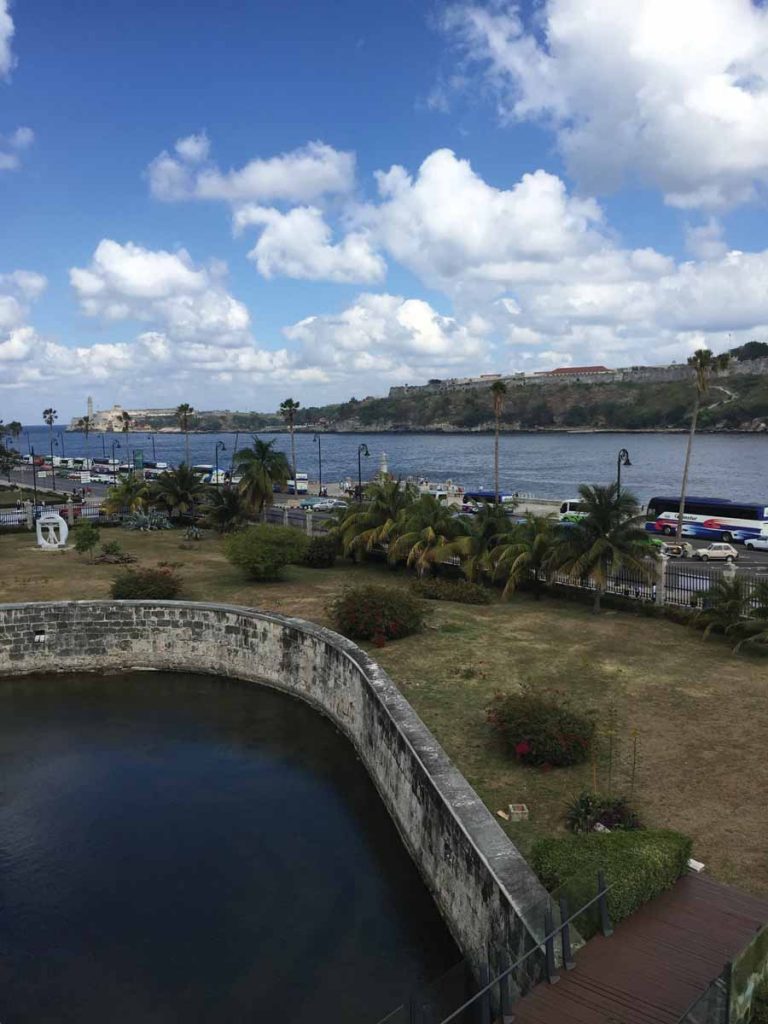 Looking across Havana Harbor from the 1558 Real Fuerza Castle 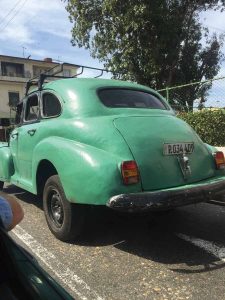 Deborah Whitcraft, and I have made three trips to Cuba in the past five years and have friends of all ages and backgrounds. Our first trip was to do research for our book Inferno at Sea. Off we went, two women alone with full access to the country. We were greeted at Jose Marti Airport in Havana by author Randy Wayne White’s friends, Roberto Giraudy and his wife Ela. Roberto is a lawyer and Ela is a publisher.

“I cannot understand you,” Roberto laughed, “You New Jersey people speak much too fast.” It was the beginning of a lifelong friendship. Roberto and Ela work for the Cuban government and are paid in government pesos, worth 1/20th the value of the Cuban peso used by all visitors. Almost impossible for the older generations to live, many are moonlighting in the service industry, driving taxis, or are tour guides.

Roberto is the Cuban liaison to Randy’s Doc Ford’s Cuba Expeditions. Deb and I just returned from lending our services to one of these tours, knowing it would help Ela and Roberto, and plan another next January. We took our tour all over Habana Vieja explaining how the harbor overflowed with ships, talking maritime history, and remembering how close our two countries were.

This year we stayed at the home of Celia Sanchez, the original force behind the 1959 Cuban Revolution, said to have been Fidel’s mistress until her death in 1980. Her daughter-in law, a well-respected University of Havana professor of Architecture, now rents out rooms, more lucrative than her profession. Her grandson, formerly a chef at the Nacional Hotel, runs La Habitania Restaurant at the mansion. 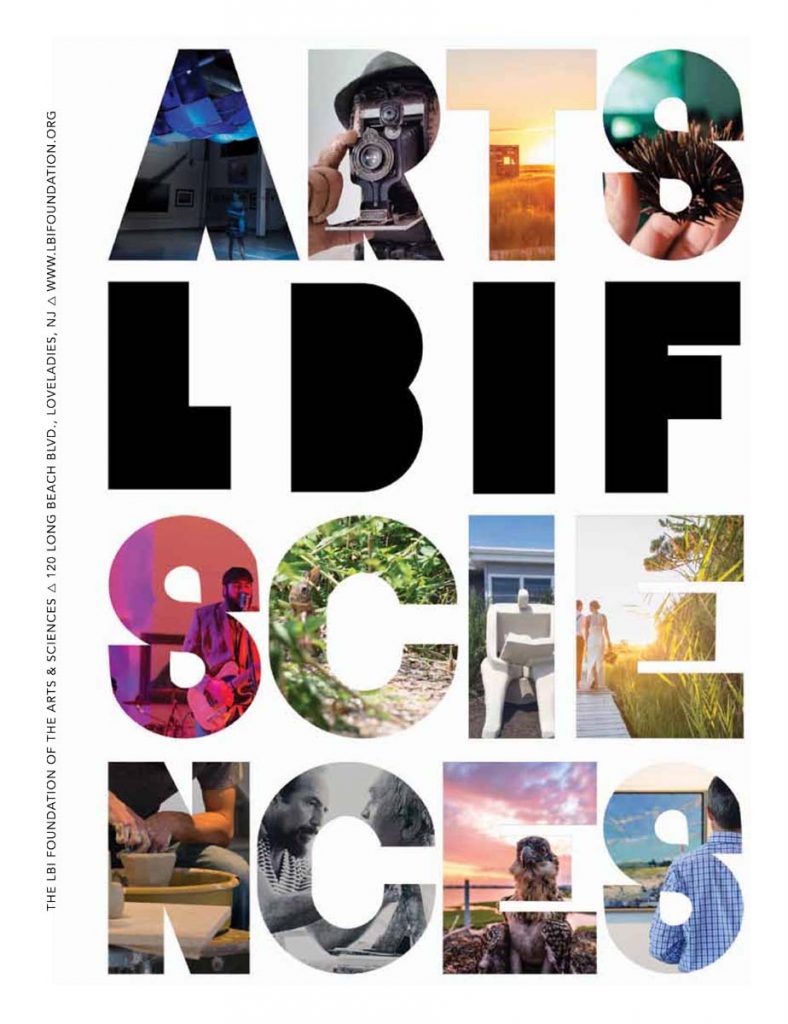 Inferno at Sea was honored at the 2015 Havana International Book Fair. We did a program at La Cabana with a simultaneous translator, the only Americans to be so honored. We have been among a handful of Americans over the years to have access to the Cuban National Archives and Cuba’s National Library, where all records are in pieces with no climate control, and are not preserved to professional museum standards.

We went to our first Cuban wedding, missing the ceremony because of a plane delay, but catching up at the casual reception still in traveling clothes. We had cake and celebrated with old and new friends. Through the Internet at the Hotel Armadores de Santander, we stay in touch regularly via email and Facebook. Yenedit and her sister-in-law Tamara work the front desk at the hotel while Tamara’s husband Franqui runs his own taxi service working almost around the clock during the winter months. Most Cubans are not so lucky.

Our wedding presents to Yenedit and her husband Amaury were unlocked international Samsung cell phones. Roberto and Ela received Fitbits from us. We always take presents for our Cuban friends who expect so little but give so much of their hearts to us. 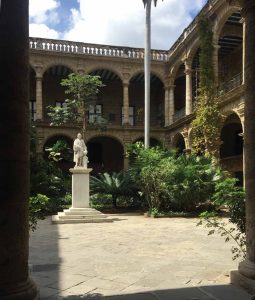 Each trip to Cuba shows changes, some good, some bad. There was no Internet service this year at our usual spots. The infrastructure is worse than ever with buildings crumbling. At Cojimar (where Ernest Hemingway once fished) the small fishing fleet was monitored: a shark was quickly taken away by government officials.

Europeans, Canadians, and South Americans tour in big buses. Few Americans are in Cuba despite what one reads and sees on TV. Sadly, the word on the street is “Everyone go see Cuba now before the Americans come and ruin it again.” Memories of Battista, gambling, prostitution and the raping of the Cuban economy are still fresh after half a century. Similarly, the atrocities, imprisonments, and killings of the Castro brothers remain too. Nothing in Communistic Cuba is simple or as it seems.

Maybe the British Rolling Stones, who recently brought so many people together at a concert in Havana, can help improve Cuban/American relations. “I (we) can’t get no satisfaction, (but we) try, and we try and we try.”