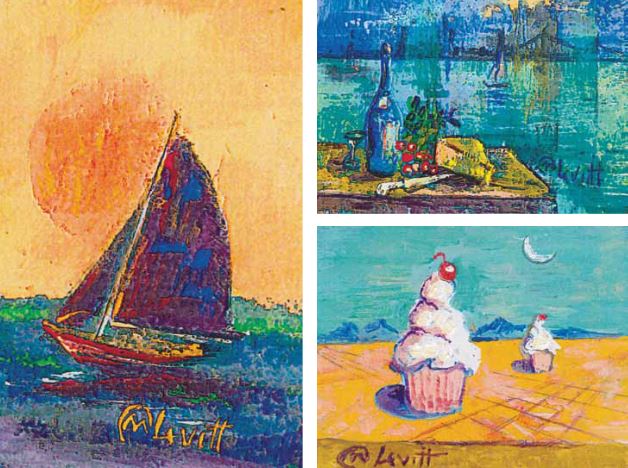 “I have to get my hands dirty every day,” exclaimed Marvin Levitt. “My fingers need to be used.”

And indeed, this is exactly what he has done for most of his 96 years. Today in his Florida home, Levitt layers paste and paper onto wire framework to create near life-sized whimsical people of papier-mâché. Later in the day he paints lush, luminous tropical miniatures that are sold here, on LBI. Van Gogh once commented, “Yellow is capable of charming God,” an influence that is seen, felt, and enjoyed in Levitt’s tropical work today. 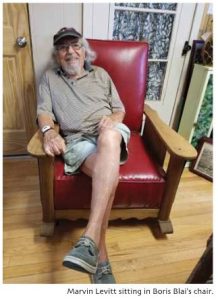 A gifted teacher for 70 years, Levitt integrated visual and interactive art into all levels of education throughout his career. Under Levitt’s tutelage students created 3-dimensional mobiles à la Alexander Calder while learning geometry, studied the life of Odysseus from behind a massive papier-mâché Trojan Horse head Levitt created and became neoclassic artists while learning French.

Throughout his life, Levitt has combined his rich talent with education, work, and play in Philadelphia and locally since 1957 at the Foundation of Arts and Sciences in Loveladies. Founded in 1948, by Dr. Boris Blai the dean of fine arts of The Tyler School of Art and Architecture at Temple University, as a summer retreat for musicians, artists, and writers, the foundation continues to provide classes for all ages, national exhibits, and entertainment.

Levitt, a friend of Blai, became a member of the staff of the Long Beach Island Foundation for Arts and Sciences in 1957 where he continued to teach until retiring in 2011. His large bronze relief King Neptune graces an exterior wall of the foundation’s Marine Science Building.