A Fun Little Ditty ‘bout a Girl from Surf City 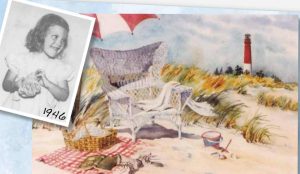 Her 1st grade teacher, the kindest, Miss Knoll
Saw something in the child when she called the Art roll

Carol remembers, “I fell in love on that day.”
Drawing and painting became more than just play 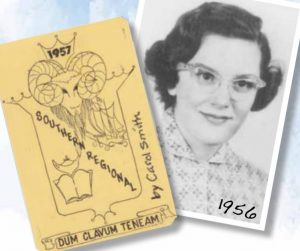 And teacher Pat Vanella, played a part, too,
Her encouragement key as Carol’s confidence grew 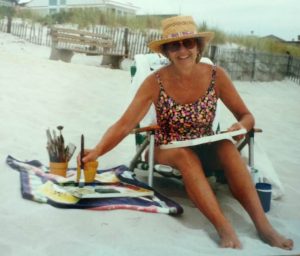 Her approach relied always on support and compassion
The care she’d received she returned double, with passion

Florida, Virginia, then even New York
Wherever they moved she kept up with her art

Back home on the island, life settling down
The more Carol painted the more recognition she found 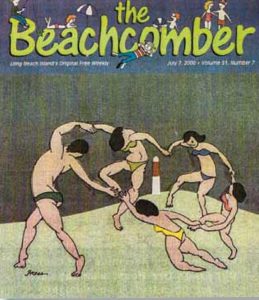 The Shack, the Lighthouse, fishes and ducks
Kids eating ice cream by a big Millside truck

When calm is called for by her creative community
She’s the go-to girl to supply positive unity!

After three decades of teaching she’s still going strong
Whether at Pine Shores, or The Foundation, “It’s where I belong.” 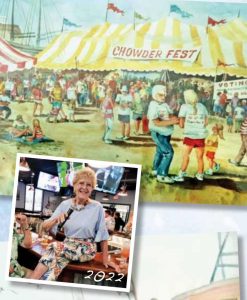 Her tool box chock full, other talents surprising
Like Tuesdays at The Gateway karaoke rhapsodizing!

Always on view in that Ship Bottom store
At Things-a-Drift there’s Carol, and more.