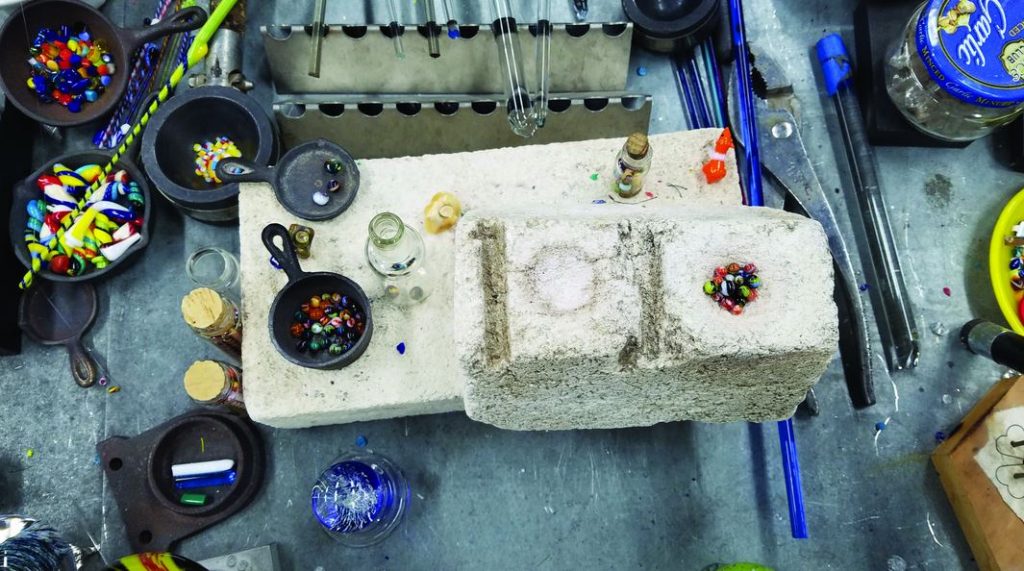 As a young child growing up on the New Jersey Shore, Bruce Breslow had no idea of the unique profession and passion that would fill his future. He lived in Atlantic City until the second grade, and he relished his time at the beach.

“We would go to the beach every day. Swim, find things, dig in the sand, and make sand castles,” Breslow said. “Where is a better place to grow up?”

As he grew older, Breslow found himself with more responsibilities. He and the other local kids had unofficial jobs helping out the lifeguards in town. 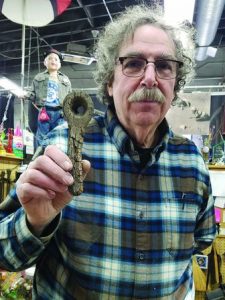 “They gave us shirts with big zeros on our backs,” he recalled. “We would run Noxzema from one lifeguard station to the next.”

They also tackled more serious jobs than protecting their beach heroes from the sun. They prepped boats on the shoreline so there was no delay if a rescue was necessary. They ran down to the water’s edge to take the temperature of the water. “But of course, the best job was going to get the lifeguards ice cream,” Breslow remembered fondly.

Another frequent pastime of Breslow’s was playing marbles. He recalled a pretty serious losing streak which usually ended in all his marbles being taken by his opponents. Sometimes, however, his friends would give him a few back at the end of each game. He kept them in a jar and forgot about it until years later, while on a trip with his wife. 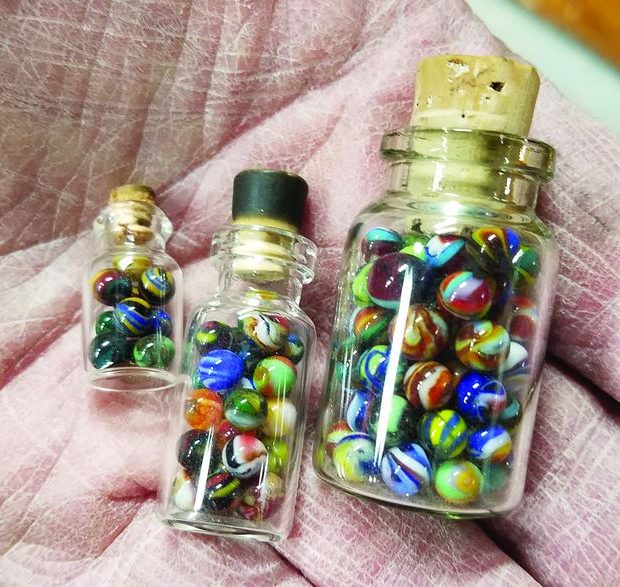 At this point, Breslow was living in Kansas and found himself on a weekend getaway in Iowa with his wife. They stopped at an antique store and stumbled upon a jar of marbles, triggering a childhood memory of how fascinated he had been with the little glass balls. Suddenly he was on the path toward marble making. “It kind of just happened,” he explained.

“How do they get that little design in that clear glass?” He remembered thinking. He read everything he could on marbles, and with some glass rods and a torch from his wife, he set out to make his own.

Luckily, the supplies he needed were very close to home. A dead cherry tree branch from his backyard provided the perfect material for a marble mold.

“The first ones were pretty rough and then all of a sudden I started getting them round and all these years later, here I am still making marbles.”

Originally, he did his work in the back room of his woodworking shop, but then the idea dawned on him to move his desk out to the front, where visitors could observe the captivating process. It was a hit, and soon Breslow’s woodworking shop was no longer a woodworking shop at all, but a toy store. 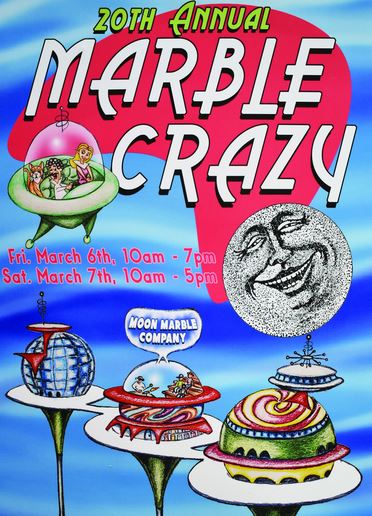 Since his marble making experiment began Bruce has made a few advances. He has moved on from cherrywood molds, which deteriorate easily, to graphite molds, and uses a more advanced torch that runs on propane and oxygen that is able to melt glass without smoldering it. And he has developed some finer skills, like filling his marbles with other minerals that give them color and decorating the surface with drawn designs.

Today, Breslow’s store sells an incredibly wide range of handmade marbles and other unique glass items. Moon Marble Company in Bonner Springs, Kansas may be a long way from the New Jersey Shore but running his toy store means that Breslow will always be in touch with the beachside memories of his youth.