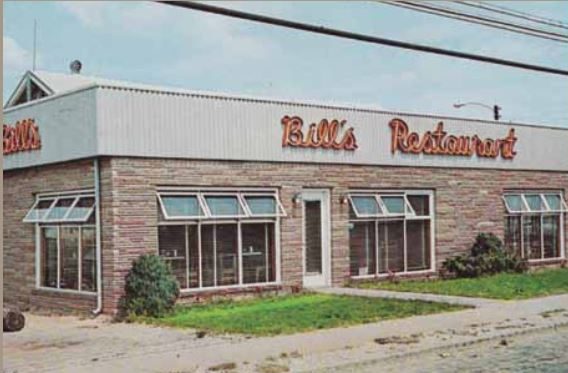 Bill Willem remembers traveling by train from Philadelphia to Beach Haven, New Jersey in the early 1930s. “I was eight years old. My parents, Eugene and Ida, my brother, Eugene Jr., and I took the train to visit, my grandparents, August and Margaret Willem, in Beach Haven,” begins Bill. “They purchased their house on Dock Road in 1923. In those days, there were houses on just one side of the road. My grandparents were there on weekends and in the summer. My aunt and uncle, Joseph and Elsie Sprague lived in the house year-round. Uncle Joe was a scalloper.”

During World War II, from 1942 to 1945, Bill served in the United States Merchant Marines. “I was on leave in North Philadelphia when I met Marge Sears,” beams Bill. “We were married in September 1945 in New York. I was still in the service and only had a few days off. So, we had a three-day honeymoon in Greenwich Village on the west side of Lower Manhattan.”

After serving his country, Bill returned to Philadelphia. By 1946 he purchased an oyster house restaurant in Kensington, Pennsylvania. Bill and Marge renamed the restaurant Bilmar’s, a combination of their names. “In those days fresh oysters were served only during months that contain the letter R. We were open from September through April. From May through August, when Bilmar’s was closed, I worked as a short order cook at Joe Sprague’s diner in Beach Haven for four or five years,” explains Bill. “They nicknamed me “Red Hot” because when I carried extremely hot plates of food from the kitchen into the dining room I’d yell “RED HOT” so that no one would back into me.”

In 1948 Marge and I moved to Beach Haven. We had Bilmar’s for around two years, but I continued to work at the diner for several years.”

Each year after Labor Day when the diner closed, Bill would find other work to make it through the off-season. “Winters were tough,” recalls Bill. “I worked with Jake Sherer of Mordecai Cove Marina, Sonny Wunder, Phil Hart, and Gurney Hart doing various construction jobs. When I worked for Perks Electric, I put up Christmas lights on the local banks and businesses in Beach Haven.” Like many other Island men, during the off-season Bill worked on the construction of the Garden State Parkway. “I worked on the Mullica River Bridge project on the New Gretna section.”

Bill and Marge purchased a home on Long Beach Island in 1951. “It was one of the original Shapiro Brothers homes on 27th Street in Spray Beach,” recalls Bill. “We paid $6,500 for the house with $500 down.” 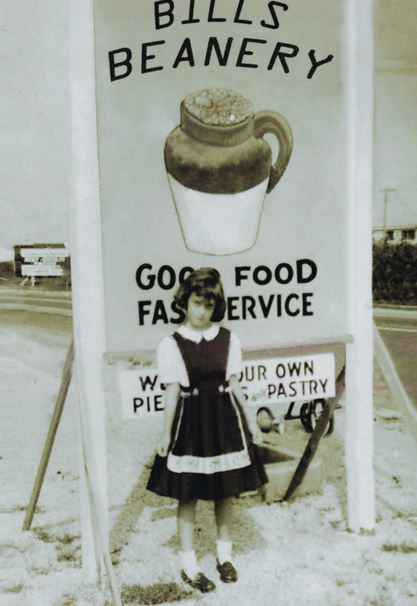 In 1956 Bill opened Bill’s Beanery in Surf City. From day one, Marge ran the front of the house. Bill ran the back and did all the cooking. Although it was initially a seasonal business, by adding a dining room and more tables they successfully built it into a year-round restaurant.

After the 1962 storm Bill and Marge moved from Spray Beach to a large colonial-style house they purchased on South 1st Street in Surf City.

By 1968 Bill added a second dining room and changed the name from Bill’s Beanery to Bill’s Seafood Restaurant. He served locally sourced seafood and despite the growth, Bill continued to do the cooking himself. “I even filleted the fish and breaded it by hand,” laughs Bill. “We had the first salad bar on LBI. Fresh clams were served on the half shell and Friday nights were all-you-can-eat clams. My Hot Apple Brown Betty was always a customer favorite dessert.” A few years later, Bill and Marge expanded the restaurant again by adding a third dining room and a new kitchen.

Back then, the LBI business community was small. Many local business owners were full-time residents, and some were good friends. “In those days, for date night, we enjoyed tomato pie at Buckelew’s,” Bill said. “We also enjoyed the company of the owners Tom and Muncie Buckelew. My grandparents were close friends with Gus, Ernie, Hannah, and Whitey Tuckmantel — the owners of The Acme Hotel — it was located where The Ketch was and where Bird and Betty’s is today. For years, my grandmother was a fixture on the porch of the Acme.” Charter boat captain and local basketball coach George Clover was a regular customer at Bill’s Seafood Restaurant who became a friend.

“In the thirty-two years that I owned Bill’s Seafood Restaurant I never had to advertise to promote the place,” grins Bill. Once when approached by a local newspaper to do so, Bill saw it as the perfect opportunity to advocate for a clean ocean. His advertisement read simply “We all need clean water. Stop Ocean Dumping.”

Throughout his life, Bill’s passion for service has extended beyond his restaurants to serving his community. In 1974 he was instrumental in bringing the Meals on Wheels program at St. Francis Church in Brant Beach to Long Beach Island. That same passion inspired Bill to bring aikido, the Japanese martial art that focuses on peace, harmony, and spiritual strength to LBI. He received his black belt in 1968 from Koichi Tohei in New York City and at age 98 Bill still practices martial arts. Believing others could benefit from the study of aikido, he brought instructors to the Island. “At first we used the back room of my restaurant,” explains Bill. “Eventually, I bought a building in Beach Haven Crest and opened a dojo. Classes were open to the public. Later we moved to St. Francis church. My friend, Chet Griffin still lives on LBI and continues to practice aikido, qigong, and tai chi.” 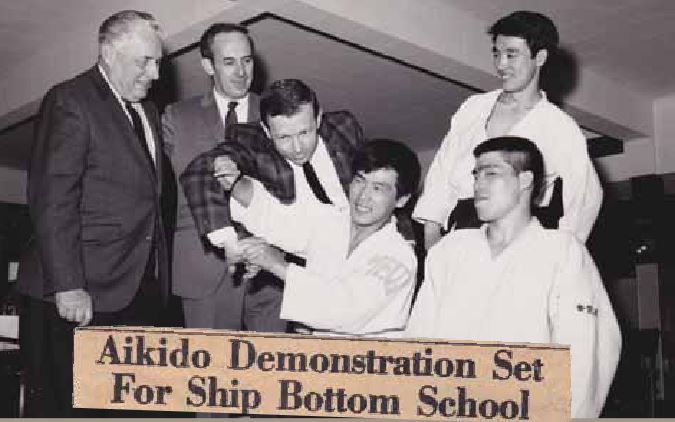 At some point, each of Bill and Marge’s four children helped at the family restaurant. Peggy and Pat waitressed. Billy helped in the kitchen. Kassy bussed tables and eventually worked at the front register. Marge passed away in May of 1994. Over the years the Willem family has grown to include six grandchildren and five great grandchildren. 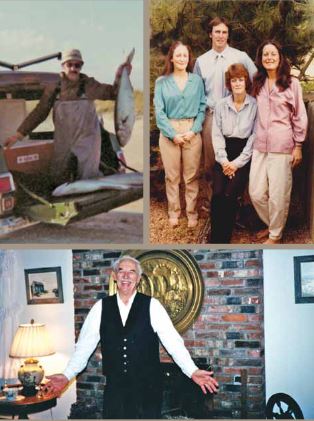 During our interview, Bill is joined by his daughters — Pat and Peggy. Together they laugh and occasionally wipe away tears as they reminisce about life on LBI; winter evenings at Manahawkin Lake with the family, ice skating and warming up by the bonfires built in old steel drums, sledding on Long Beach Boulevard when Bill tied an old saucer-shaped metal Coca Cola sign to the back of his truck and slowly cruised the Boulevard with the kids in tow, and of falling asleep on warm summer nights to the echoes of the loud speakers at the trampoline park on the Boulevard “…no flipping, please.”

Thinking back on his life, Bill’s memories are of halcyon days on LBI with Marge as they built a business, raised their children, and watched their family grow.

Epilogue: After many years of living in Florida, Bill is moving back to LBI. He looks forward to making the Island his home once again.