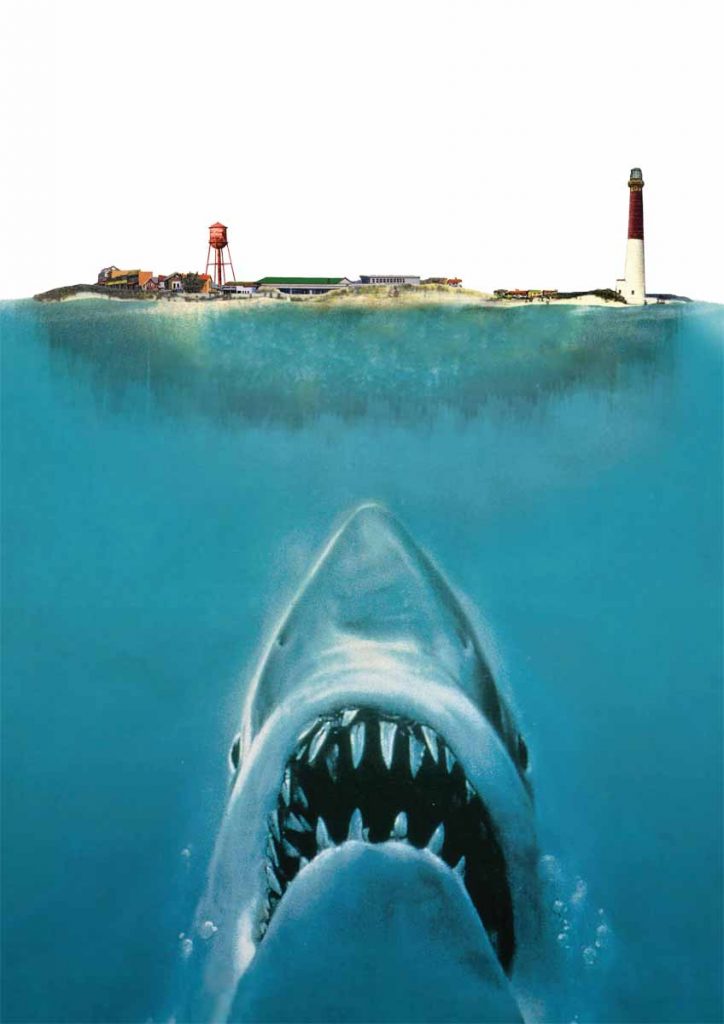 On July 1, 1916 at approximately 5pm, opposite Centre Street in Beach Haven, Charles Epting Vansant, 23, decided to take a dip in the ocean with his dog. Only a few feet from shore, Vansant suddenly heard other beach-goers calling out to him. Before he had time to react, a shark bit his left thigh, tearing at his flesh.

Seeing the chaos, Alexander Ott, a former US Olympic swimmer, darted into the water to assist the flailing man. With the help of other beach-goers, Ott retrieved Vansant and dragged him to shore where a tourniquet was placed around his leg. Unfortunately, Vansant’s femoral artery had severed and by 6:45pm he was dead from blood loss and shock. Those who saw the shark described it as eight feet long, dark gray or black, and weighing about 500 pounds. This attack was one of several during the “Summer of Terror” in 1916.

The next attack was only five days later in the town of Spring Lake (roughly 45 miles north of Beach Haven) when Swiss immigrant Charles Bruder was swimming 400 feet from shore. Lifeguards noticed the man struggling to keep afloat and yelling “…a shark bit my legs off!” In fact, the mystery man-eater had ripped off Bruder’s feet. Soon after being brought to land, he too succumbed to blood loss and shock.

Then on July 12 in Matawan, Lester Stillwell and his friends were swimming in deep water when they felt something “like sandpaper” brush up against them. Stillwell began to struggle and the other boys swam to shore and ran through town in search of help. By the time help arrived, Stillwell drowned. 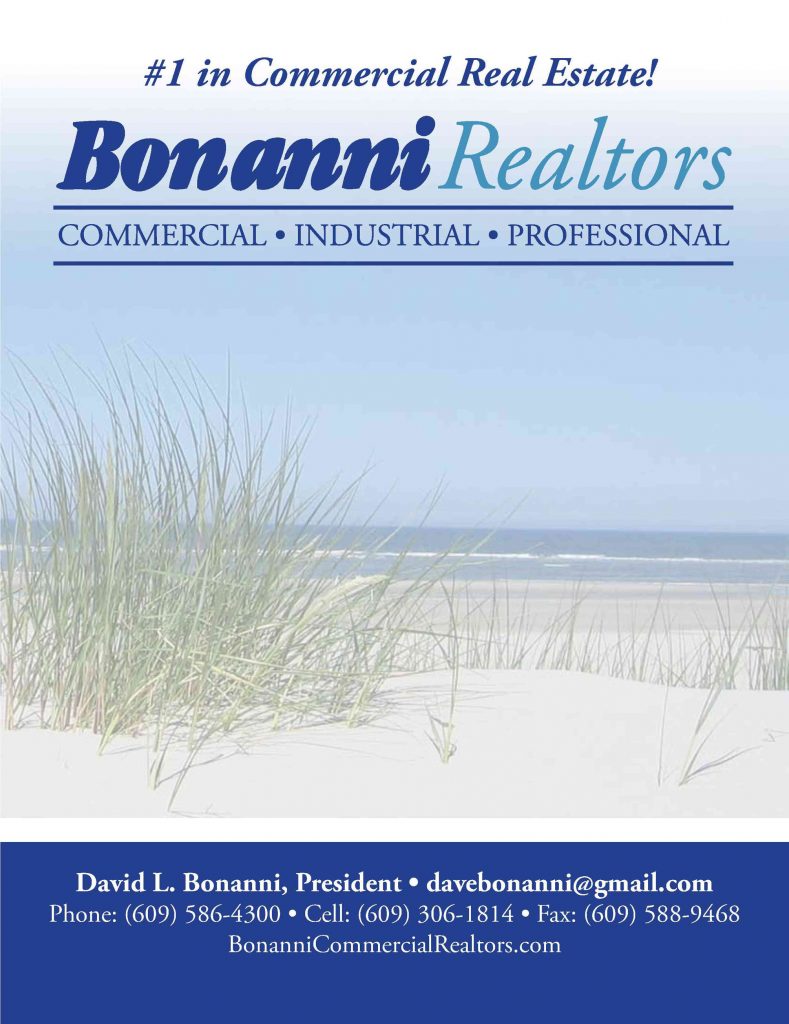 Stanley Fisher, a tailor, and George Burlew, who had aided in the search, waded through the creek when the shark struck Fisher’s right thigh. The 210-pound man was repeatedly pulled under like a bath toy. When rescued by a boater, Fisher noted he had a 14-inch bite on his right thigh. The closest hospital was almost two hours away. Fisher too succumbed to his injuries. However, the shark was not done with its rampage.

One hour after the attack on Stillwell and his friends, another group of boys were attacked further down the coast. This time though, the boy who was attacked was able to receive medical treatment early enough to spare his life.

Afterward, New Jersey locals took up arms against the shark with whatever they could get including dynamite. Several sharks were caught, the largest reportedly being nearly eight feet long and weighing 250 pounds. Taxidermists claimed it was a great white shark, albeit a juvenile. The content of its stomach revealed it had about 15 pounds of flesh inside which was identified as human by doctors. Ever since, researchers tried to understand why the sharks attacked and whether it was a great white in the first place.

After the attacks and the blockbuster film Jaws by Steven Spielberg in 1976, the fear and hatred for sharks grew. Rather than listening to science, some people were eager to wipe the animals off the face of the planet. Fisherman would take large groups out to hunt sharks, profiting from fear and misunderstanding. In a few years, the shark population plummeted resulting in the animals nearly going extinct. New science shows that the shark may have been misidentified as a great white when it was actually a bull shark.

Bull sharks are said to be the most aggressive of all the shark species. This is often attributed to the fact that they have the highest testosterone levels of any animal, leading them to be unpredictable. Bull sharks, unlike great whites, can live happily in fresh water. Often they come into creeks and rivers to spawn and to catch easy food. They have similar coloring to great whites but tend to be much smaller. Their size is similar to the captured sharks from the attacks with bull sharks weighing 500 to 700 pounds.

Great whites can grow to more than three times this weight. While great whites have the highest reported number of attacks. Most of these are mistaken identity because humans are not the shark’s preferred prey. Surfers look like seals or sea turtles from the bottom, leading to many attacks. Bull sharks may be causing the great whites to have a bad reputation. 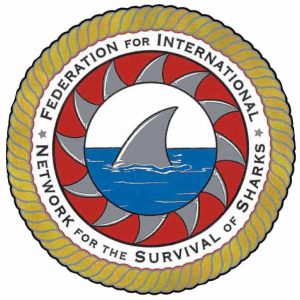 Finning is a form of shark hunting whereby the shark is caught and, while still alive, has its fins cut off. The shark is then heaved overboard only to float to the bottom and slowly asphyxiate. A shark must keep swimming in order to breathe. If water can’t pass through its gills, it dies.

In the Asian market, shark fins are sold to make shark fin soup and for medicinal purposes. Some commercial fisherman had used finning as a way to supplement their income. Some species have dropped by 80% in the past 50 years. Worse, finning is extending from the Asian market into South America and the Caribbean. With education, however, there is hope for a future with sharks.

After finning was brought to the attention of the world, a surprising amount of response against it surfaced. Many Asian countries banned finning by 2011 with other countries following suit by 2013. Commercial fishermen found they could make more money through shark tourism where people come to see sharks rather than through finning.

Biologists have been able to track sharks using GPS technology to better understand their lifestyle. Science and education are finally outpacing fear.

Written with reference to In Search of the New Jersey Man-Eater by Richard G. Fernicola and FINSS – Federation for International Network for the Survival of Sharks, anti-finning organization.