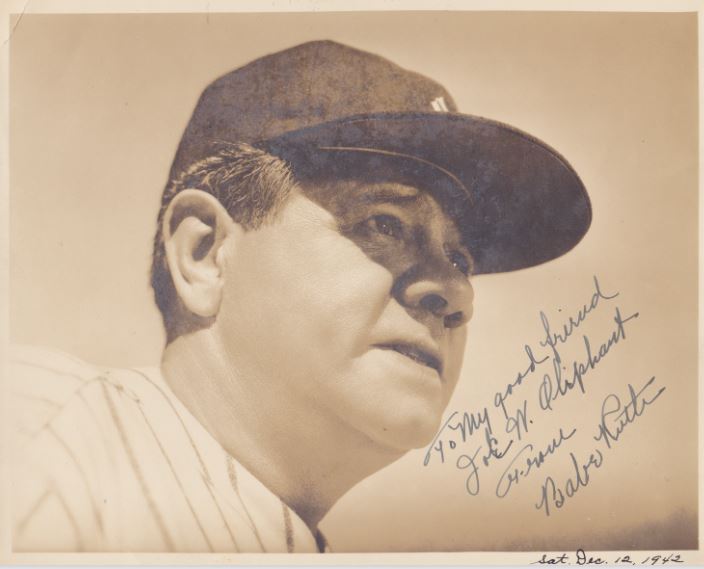 Isn’t it a thrill when you learn one of your heroes loved a certain place as much as you —breathed the same sea air and stood on the exact same spot where you now enjoy the view?

This happened to me when I learned that baseball’s greatest player, Babe Ruth, spent many happy days hunting and fishing in the woods around Manahawkin and on the marshy salt flats of Barnegat Bay. What’s that you say? The Sultan of Swat slept here? You bet he did! And I couldn’t be happier knowing the Babe and I share something so wonderful as LBI.

“It has the perfect climate,” Babe was known to tell the old timers who served as his outfitters and guides on visits to the area in the 1930s and 1940s. Rube Corliss, a legendary Barnegat bayman in his own right, and member of the Carvel Island Gunning Club of Surf City, remembered the large number of ducks they brought in after a day on the bay, or the pheasants they bagged over in West Creek by Stafford Forge. “Babe was a good shot,” Rube wrote in his journal in October of 1942. Yankee teammate Lou Gehrig was often at Babe’s side with a gun or fishing pole, as was Johnny Vander Meer, pitcher for the Cincinnati Reds, in addition to local baseball great, Roger “Doc” Cramer.

In fact, it was most likely Doc who introduced Babe to the region. Cramer was born in Beach Haven in 1905 and raised in Manahawkin, hence the origin of Doc Cramer Blvd. In 1929 he broke into the major leagues as an outfielder with Connie Mack’s Philadelphia Athletics, and played with the “Mackmen” until he was sold to Boston in 1936. In his twenty-years as a major leaguer, Doc collected 2,700 hits, appeared in five All-Star games, and in 1945 led the Detroit Tigers to a World Championship.

Naturally, playing on teams that competed against Ruth’s Yankees, Doc and Babe got to know one another, and soon a friendship was forged based on their shared love of the outdoors. After Babe accepted Doc’s invitation to visit him in Manahawkin, he soon became a regular to the region. An incident from 1937 chronicles just how close the men had become. 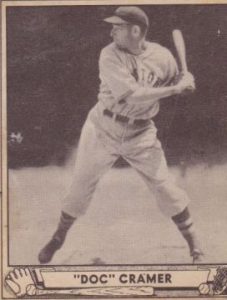 As the story goes, Ruth and Cramer where out on the marshy meadows of Manahawkin Bay hunting ducks when Babe slipped in the mud, inadvertently clogging the barrel of his shotgun. Unaware of the jeopardy he faced, when next Ruth fired, the gun barrel exploded, nearly killing him. When the pair returned to the hunting club, Ruth presented the gun to Cramer as a token of their friendship, a gift which Doc treasured the rest of his days.

Beach Haven was another of Babe’s haunts as he was often known to stay at the Acme Hotel at 529 Dock Road. Owned by the Tueckmantle family from 1925 until 1981 — when it was remodeled and renamed The Ketch — their youngest son, Ernie, remembers Babe sitting on the porch in the early morning waiting for the restaurant to open.

“We sold box lunches for fisherman,” Ernie said. “Three sandwiches and pickles cost 65 cents. Six clams on the half shell were a dime. A room cost $1.50 in the ‘20s and into the ‘30s.” Lou Gehrig also stayed at the Acme, as did the actress Clair Booth, of whom it is said caught thirty-seven weakfish in a single day.

But it was Babe who always drew the most attention and biggest crowds, for his greatness was on display in everything he did. Ruth was “Ruthian,” a super-human titan with a prodigious appetite for life. Whether it was striking out batters or clobbering a baseball farther than anyone before him, charming presidents or casting a spell with tall tales while eating and drinking without limit, Babe was the larger-than-life personality whose talent and accomplishments surpassed even the most hyperbolic accolades. His sheer energy, it is said, propelled him to these historic feats, allowing him to hardly ever sleep. 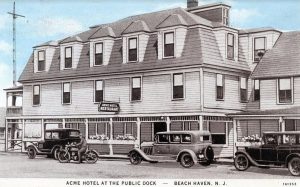 For three decades he was the daily face of America’s Pastime, and when he retired from the game in 1935, the nation was at a loss. The following year he was the first player voted into the newly minted Baseball Hall of Fame, his twenty-two-year career accounting for 714 home runs and seven World Series championships. But while Babe was a baseball god, he was only too mortal, succumbing to cancer in 1948 at the age of fifty-one.

Today the site of the old Acme Hotel, no longer The Ketch, is home to a popular bar and restaurant, and while the place has surely changed since Ruth’s time, the outline of the original structure can still be seen standing three-stories tall at the center of the renovated complex. With its mansard-style roofline and five small windows on each side, you’ll be gazing up at the very dormers under which the Babe did sleep. That is, if he slept at all.

So, stand at the bar some evening and tip your glass to the ghost of the Bambino, knowing full well that his love of Long Beach Island was every bit as great as yours.