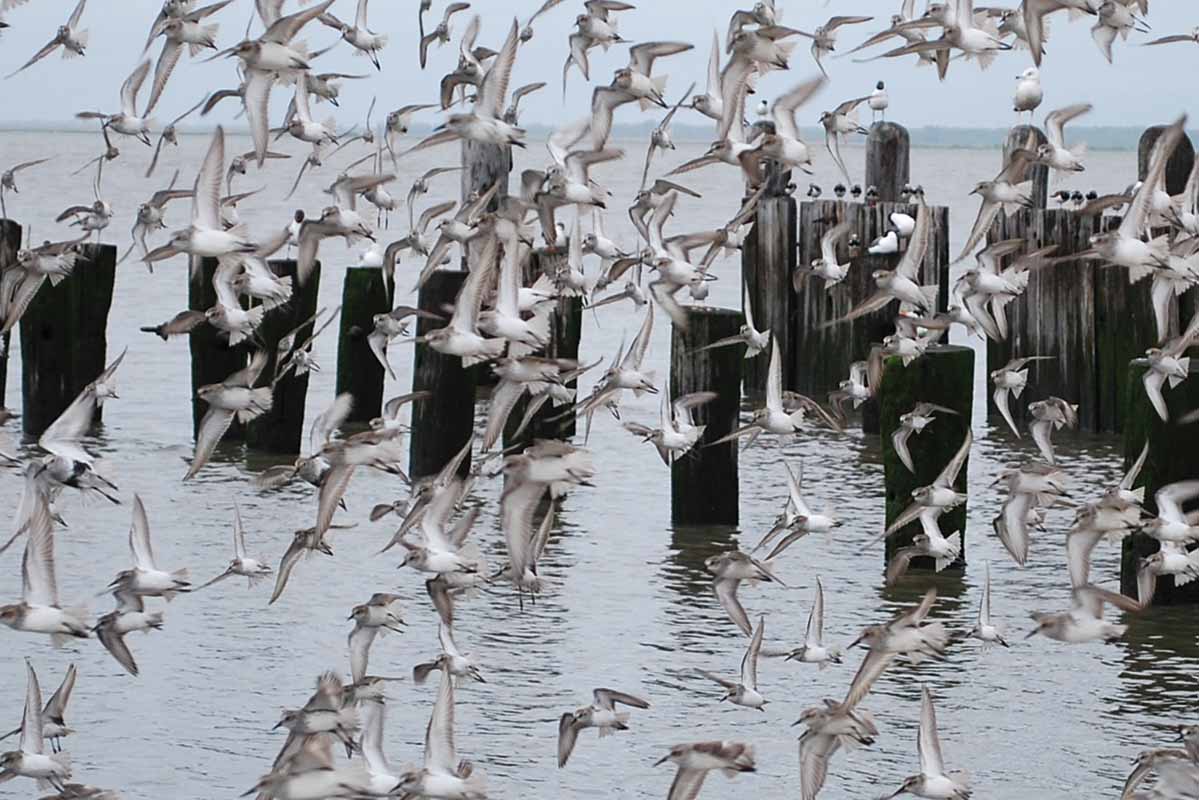 Something truly amazing washes up on our beaches every year. It is literally a living fossil, as it has been around since before the dinosaurs. A creature with a helmet-shaped head, sharp tail, and blue blood, the horseshoe crab is a common sight on East Coast beaches.

Centuries of overharvesting the horseshoe crab for bait and blood, however, have left this thick-headed oddity in a precarious position. Moreover, a new threat may lead to extinction. The phenomenon of rising tides and strong storm surges is making the oceans an increasingly threatening environment for the species.

With ten eyes, you might suppose the crabs would see this coming, but global temperature changes are causing big problems for the species. Recently, a scientific expedition to a beach on Cape May, where several thousand crabs mate and lay their eggs every year, revealed a startling problem. About one hundred of the crabs from the previous night were stranded on the far side of the beaches, far away from the water, due to the harsh oceanic conditions we face today. Several were completely buried, with nothing more than their tails wagging to show they were still alive. More were tangled amongst the reeds and dune grass, clumped together in heaps and unable to maneuver over the harsh landscape. Normally, horseshoe crabs arrive on the first full moon of May, during the highest tide. The females, which are more than twice the size of the males, come to lay sixty thousand to one hundred thousand eggs each. 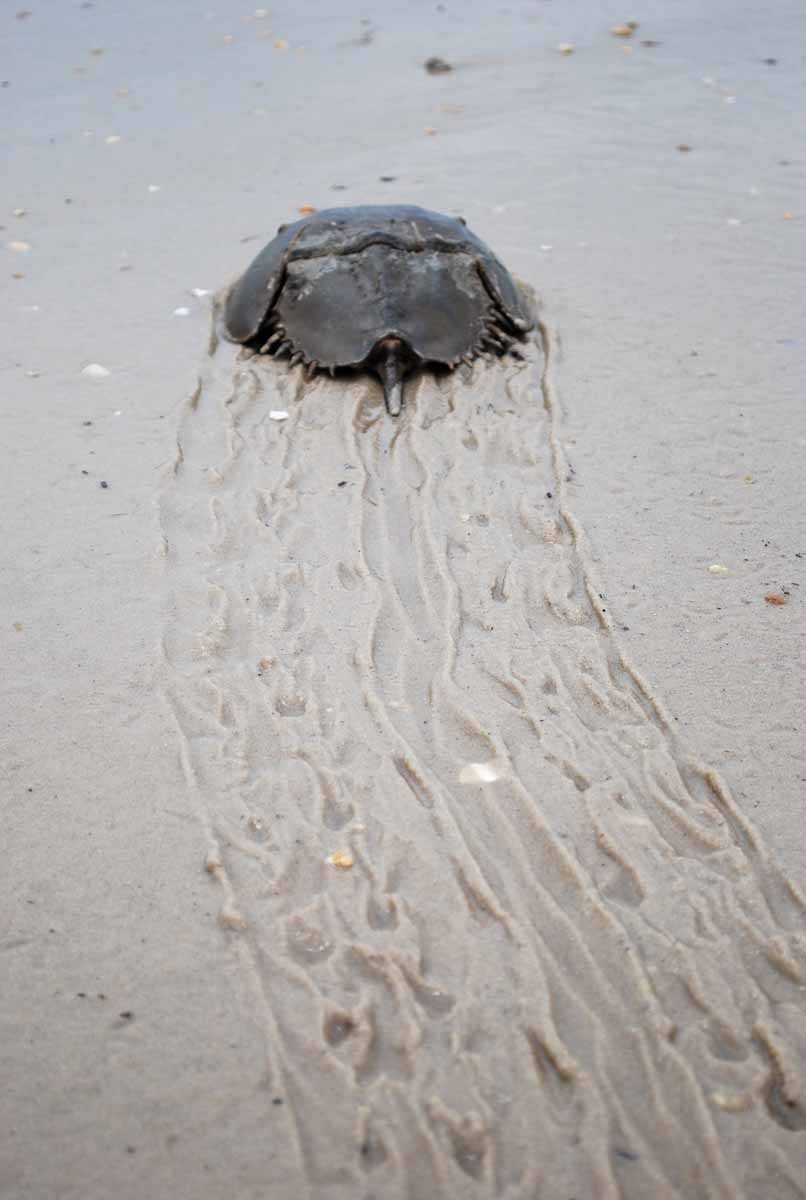 Contrary to a common belief, horseshoes do not die after they mate unless they become stranded and cannot make their way to the water. Myth states that horseshoe crabs are immortal. While this is not true, the myths are likely based upon their strange blue blood. Horseshoe crabs are not technically crabs. They are arthropods and are more closely related to scorpions and spiders. They are essentially huge bugs – bugs that have evolved for more than 450 million years. This bug, however, has an interesting trait.

Unlike humans, horseshoe crabs do not have hemoglobin, or iron rich blood cells, in their body. Instead, they have copper laden hemocyanin and, so, their blood is blue. Their blood also contains amoebocyte, which protects them from disease, and it is this factor that has scientists very interested. Researchers have looked into how the blue blood of the horseshoe crabs fights off dangerous bacteria such as E. coli and how it may be used in sterilizing medical equipment and pharmaceuticals. A synthetic form of the blood has been manufactured, but it has thus far not proved to be effective. Moreover, while the process of “bleeding” the live animals usually does not cause any problems, scientists have been reluctant to use this alternative in order to reduce the amount of stress bearing upon this already challenged species. In any event, horseshoe crabs will need to survive as a species if they are to be of any use to human medical science.

Unfortunately, ever-rising tides from global climate change may be the killer of these crabs in the future. As the seas rise, more and more beaches are being swallowed up, thus eliminating valuable breeding spaces for the crabs. Furthermore, these increasing tides are simply carrying the crabs so far ashore that they are literally being stranded. Though it is still unusual to find horseshoe crabs in as much trouble as they were that day on a small Cape May beach, it is clear this observation should point to a serious concern that this species may well fall victim to what is actually happening in the oceans as our global climate changes.

So if you ever come across a live horseshoe crab on your beach walk, please consider returning it to the sea. Even though it will not be able to express its gratitude, you will be sure to feel the satisfaction of knowing you have done your part to help this ancient species survive. For more information, go to horseshoecrab.org