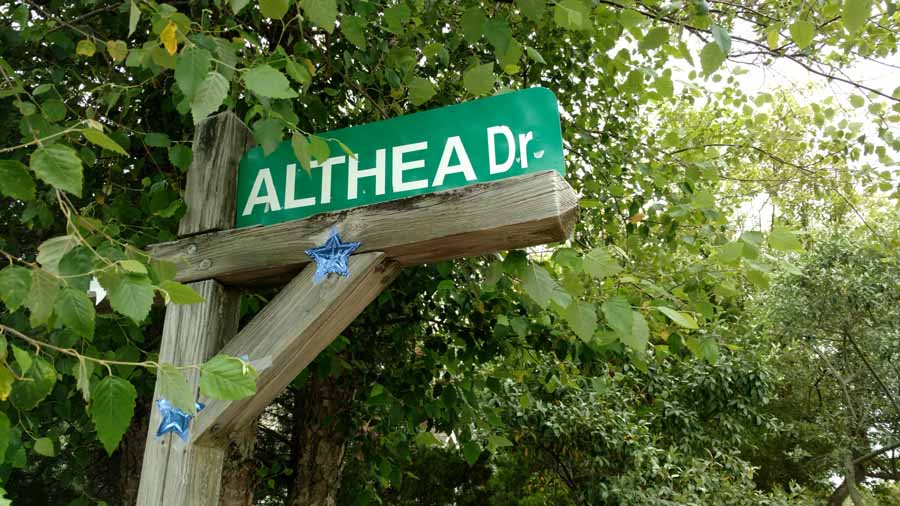 Street in Loveladies named after Althea by Ullman and Silvermaster Builders in the 1950s. 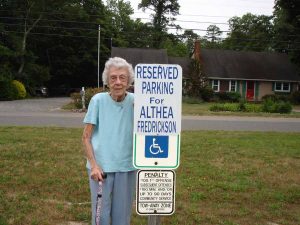 Sitting in the living room of her Manahawkin home, Althea Fredrickson, shares her recollections of local baseball legend, Doc Cramer. At ninety-nine, she has witnessed a lot of history.

Althea Beatrice was the first child of Laura Hazelton Sprague Fredrickson and George Richard Fredrickson. Her younger brothers, George and Ken were delivered by midwife Eva Cramer, the mother of Doc Cramer.

Even then the name Althea was uncommon; it was considered old fashioned. At an early age Althea’s cousin, Ethel Cramner, nicknamed her Tea. Since then generations of friends and children have known her as Aunt Tea. The title of aunt or uncle was commonly used out of respect for any older person. Over nearly a century, Althea has earned everyone’s respect.

Althea and her younger brothers spent their childhood in Manahawkin. Her parents purchased the National Hotel on Route 9 from her Uncle Sprague. Originally known as the Manahawkin Tavern, it was the first hotel in Manahawkin. Historically, business at the hotel peaked in 1871 when the railroad first came to town.

The hotel was located across the street from Lake Manahawkin. The lake provided family activities such as swimming, ice skating, fishing, boating, ice boating, and bon fires. For many local folks, it was the center of family life back then.

Althea recalls that in those days, the roads were sand or gravel, the street lights were gas lamps, and doctors made house calls in a horse drawn carriage. From 1886 to 1935, the Pennsylvania Railroad connected to LBI through Manahawkin.

As the only hotel in town, National Hotel had a lot of business. As gravel roads were replaced with pavement, there were plenty of working men who needed a nice place to stay and good food. Althea’s mother did all the cooking. “My Mother’s cooking brought people to the hotel,” said Althea. 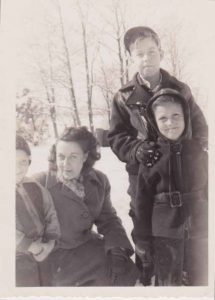 Edward Marini, Althea Fredrickson and her brother George (back) and Frank Marini

Throughout Prohibition, no alcohol was served in the hotel’s bar. It didn’t matter. The bar remained the center of local activity. Althea recalls how at four years old she leaped from the bar into the waiting arms of Doc Cramer. “I jumped,” explained Althea with a smile. “And he caught me.”

After graduating from Tuckerton High School, Althea attended business school in Philadelphia, Pennsylvania. Perhaps after graduation she would have managed the hotel with her parents. Unfortunately, the National Hotel was sold after her father’s premature death in 1937 at age forty-seven.

Fresh from business school with her diploma, Althea went to work for the State of New Jersey for the Board of Children and Guardians, now known as the Division of Youth and Family Services. For the next five years, Althea worked in their Egg Harbor office.

Back then men and women dressed for work. A business suit with white shirt, tie and a hat was proper for men – even if they didn’t have a corner office. For women, a dress, stockings, heels, gloves and a hat were basic.

On her first day of work, Althea arrived dressed accordingly. Her coworkers laughed and explained that this was the Jersey Shore – no hat was needed here unless you were going to the beach.

First located around 2nd Street in Beach Haven, the Atlantic Electric Company office later moved to Ship Bottom. It was a full-service office that handled accounts, and sold and serviced household appliances.

“Everything was done in person or by telephone,” explained Althea. “I met or talked to most of the people on LBI.” It was a community where people got to know each other. She fondly recalls one customer who always said, “This is Tom from ‘Hawkin’ talking” when he called the office. It was also a caring community. Althea remembers when Phil Hart would quietly pay off the overdue electric bills of those in need at Christmas.

In those days, most summer homes on the Island had their electric shut off for the winter. Late spring and early summer were hectic. Seasonal homeowners returned to LBI and needed their electric service turned on. On busy days workers usually ate a quick lunch at their desks. 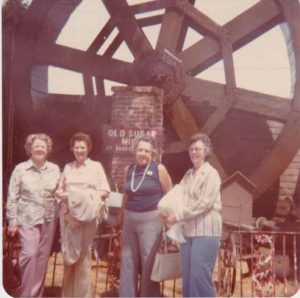 As fall arrived, it was the reverse and just as busy with summer homeowners needing their electric turned off for the winter. During the winter months work was very slow. “We had plenty of spare time,” laughed Althea. “So we would go down to the drugstore for lunch.” Back at the office, they kept themselves busy with a variety of things including knitting and cryptograms.

Atlantic Electric Company employees were crossed trained. Uniquely, Althea could do everything. Because of her helpfulness, Ullman and Silvermaster builders named a street after her in Loveladies.

Even in the worst weather, if Atlantic Electric Company was open Althea was at her desk. During the March 1962 Nor’easter that cut through the Island, she remained at the office and evacuated from LBI at the last minute. “The water was coming up through the floorboards of the car,” recalled Althea.

Althea loved working on LBI. In 1972 Atlantic Electric Company moved from Ship Bottom to Pleasantville, New Jersey. All the friends from the Ship Bottom office carpooled allowing them to spend even more time together.

Althea was an active member of the Manahawkin Baptist Church. She enjoyed reading and doing cryptograms. 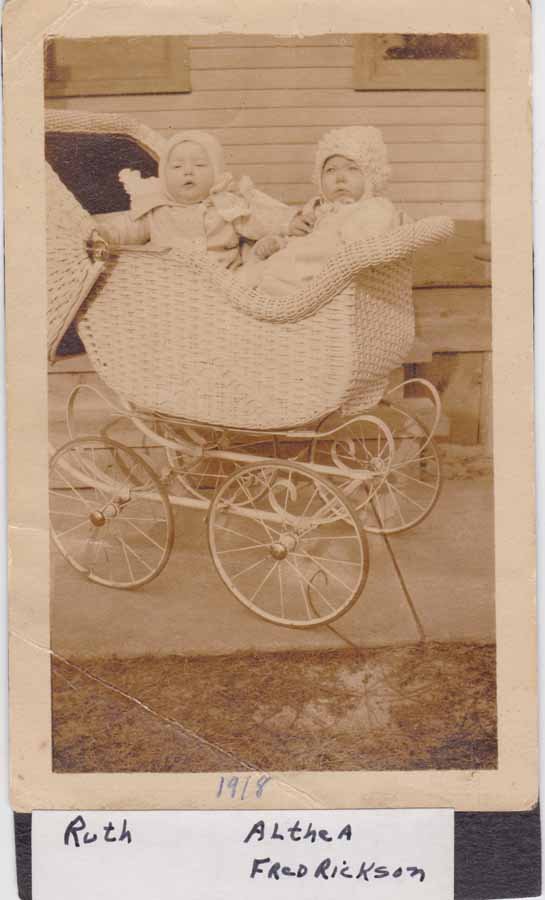 REMEMBERING ALTHEA FREDRICKSON
May 31, 1918 – February 5, 2018
Over the years, Althea Fredrickson shared memories from her life that spanned nearly a century. Last winter, over lunch with close friends Althea did as she had so many times – shared stories from her life. Told with ease, that afternoon her memories were of sandy dunes, and childhood friends. At ninety-nine, Althea vividly remembered the particulars of things – who previously owned a certain old house in town, the location of the first drug store, and the names of businesses and their owners from ages past. She recalled the days of unpaved roads, gas-lighted streets, horse drawn carriages, and when the railroad connected LBI to Manahawkin.

Many of Althea’s recollections included fond memories of her life-long best friend Ruth Aker who passed away a few years ago. Best friends since infancy, Althea missed Ruth very much. Althea left a legacy of memories. Those memories and her generous retelling of them enriched the lives of those around her. Recollections shared with her friend of many years Merry, were frequently preserved within the pages of Echoes of LBI and will continue to enrich the lives of countless others. Althea will be missed by many. We are privileged to have known her. —Her friends at Echoes of LBI Magazine