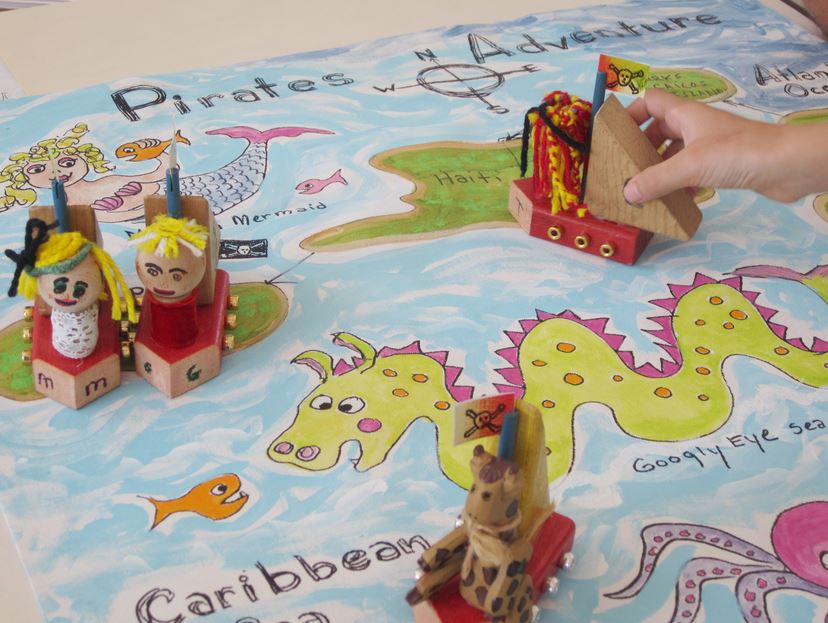 Photography and text by Devon Schuyler 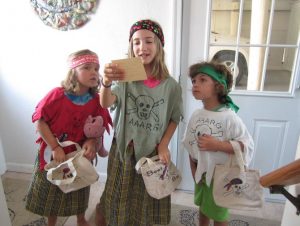 Every summer, pirates descend on the Loveladies home of artist Ardeth Schuyler. Like all pirates, these mangy ruffians are in search of buried treasure.

Ardeth, their grandmother, has an annual treasure hunt for her special pirates Taegan, Madeleine, and Gabriel. Throughout the winter, she collects pirate treasure – jingly coins, necklaces, various trinkets, and toys – for the hunt. Other finds, such as a kite in the shape of a pirate ship, add to the décor.

The night before the hunt, Ardeth’s husband Marty secretly buries the treasure trove – which sometimes elicits looks of surprise from their neighbors. The next morning, dressed in their best pirate gear, Ardeth and Marty kick off the hunt. Ardeth reads from her scroll instructing the children, in rhyme, to grab their booty bags and put on their pirate rags. And though each year the clues are different, the first clue always rests with Pirate Petey, the family’s lovebird. One year the children might be told to find a “bag of pieces of eight” in Pirate Petey’s cage. Assembling the pieces of eight, also known as puzzle pieces, reveals the next clue. Like all good treasure hunts, each clue leads to another. 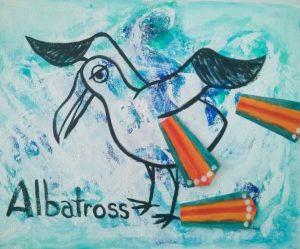 A “flying bird that points, north, south, east, and west” turns out to be a weathervane. The clue to find “four light houses and six sailboats” leads to a nautical doormat. A rhyming clue “Achoo! Achoo! Where are you, oh box of blue?” takes the pirates to a box of tissues. Following the clues, the scallywags stop and play Ardeth’s custom-made games like Pin the Tail on the Albatross, and a beanbag toss into the mouth of a pirate dog named Blackie.

After clues instruct the pirates to “walk the plank” and “give a yank”, they finally dig for treasure. Alas, when the sand is cleared away, the box contains only a note – someone has stolen the treasure and they must now dig in a different location. When the new spot is found, the children shovel sand until a curved brown chest finally appears. At last, the chest is opened, and the treasure revealed.

After taking some time to revel in their booty of toy cars, silly socks, and other gifts, the happy pirates enjoy a board game called Pirate Adventure featuring Ardeth’s hand painted canvas map of the Caribbean Islands and wooden boat game pieces previously decorated by the children. Then it is time for the tired ruffians to sing pirate songs and dream about next year’s treasure hunt.