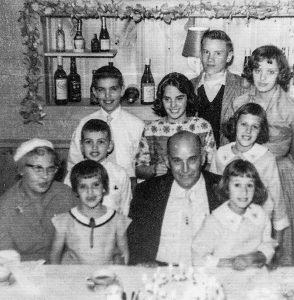 History is replete with individuals who have made significant contributions to the world in which we live. Some, like Thomas Edison, Clara Barton, and the Wright Brothers, helped establish a modern way of life that we would be hard pressed to imagine without their vision and tenacity. Others, who do not share similar notoriety, have made profoundly significant contributions on a local level but often go unnoticed in the context of history beyond their families or close friends. Adrian Paul King was one such individual.

You will not find volumes of historical references regarding A. Paul, as he was called by those who knew him. His granddaughter, Arlinda Crossley, who lives with her husband Bob in Manahawkin, remembers him as “…a people person, casual, reticent, and free with his time.” A. Paul’s favorite snack was ice cream, and he always kept plenty on hand for all the kids, and of course, for himself. He was keenly aware of people’s needs and possessed a genuine devotion to public service.

Another of A. Paul’s granddaughters, Kathryn M. King, who now resides in Oregon, describes him as “…shrewd, smart, and influential. He was a true renaissance man.” Reserved in nature, he rarely spoke of his accomplishments, even though they were many, both personally and professionally. His interests spanned the arts, nature, business, and politics. More than capable of holding his own within the political landscape of the times, he was respected and admired from the highest levels of government and business in New Jersey. He touched many lives.

A. Paul King was born in Millville, New Jersey in April of 1892, one of four sons to Elmer King and Sophie Marshal. The family soon moved to Parkertown, and later while A. Paul was still a small child, to Beach Haven where he made his home until his death in 1964. That home, since renovated several times stands to this day at its original location. 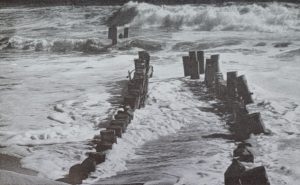 Years earlier, A. Paul’s grandfather, Joe King, had settled in Parkertown where he plied his trade as a sailor and bayman, and became a highly regarded, innovative decoy carver. According to Arlinda the family believes Joe King’s passion for the outdoors formed the early basis for A. Paul’s love of artistic photography, nature, and the beauty of his beloved Long Beach Island.

A. Paul grew up on LBI where he attended the local schools. He graduated from Rider College in 1912 with a degree in business and accounting. In 1916, he became the borough clerk of Beach Haven, where he advanced to Municipal Auditor/Accountant and Notary Public. Granddaughter, Arlinda remembers him working in his private office at home. This precursory position was his introduction to politics. 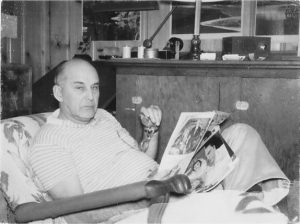 From the time of his graduation from Rider, A. Paul immersed himself into public service. He taught at Rider and in Rhode Island. He served as the principal of Beach Haven elementary school, and as Beach Haven’s post master. In 1936, he began his incumbency as an elected member of the Ocean County Board of Chosen Freeholders, now known as the Ocean County Board of Commissioners, which spanned twenty-seven years — nine full terms — until the time of his death in 1964. During that time, he served on the Ocean County Planning Board, the Pinelands Regional Planning Board, president of the New Jersey Association of Freeholders, was the founder and president of the New Jersey Resort Association and was appointed by Governor Richard Hughes to the New Jersey Beach Erosion Commission.

As his political career blossomed, A. Paul and Governor Hughes developed a friendship, despite being from opposite sides of the aisle. Periodically, they got together for fishing and hunting excursions down the shore. When A. Paul passed away, the Governor attended his wake in an unannounced testament to their relationship. 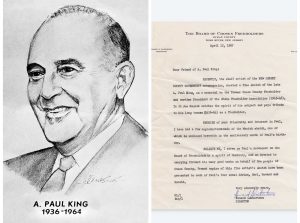 A. Paul found the world of politics rife with pressure. His love of nature, art, and the cherished Island where he made his home, and his skill with a camera provided the perfect escape from his professional endeavors. The natural surroundings of LBI and bay shores of the mainland provided endless subject matter. A student of Hans Kaden, the president of the Philadelphia Photographic Club, A. Paul was known to spend hours, even days, capturing the right shot. Kathryn and Arlinda recall their grandfather working painstakingly in his darkroom to develop and print his black and white photographs. His knowledge of the most current methods and practice of using fresh chemical developer for each print resulted in photographs of the highest quality. A. Paul’s photographs were exhibited across the country and internationally, earning him several awards. 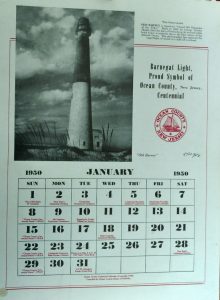 In 1950, A. Paul was commission to provide twelve photographs of the LBI coastline for publication in the Ocean County Centennial Calendar. Copies of this calendar exist today and clearly demonstrate his skill at framing and composition, capturing the beauty of the environment where he lived. Typical to his reticent nature, A. Paul never sought financial gain from his photography. In fact, few of his photos exist today, except those owned by his family, for he employed the habit of destroying his negatives after printing.
A large swath of A. Paul’s property, which stretched along the entire block of Delaware Avenue between Centre Street and Engleside Avenue, was devoted to his garden. An avid gardener, he raised vegetables and tea roses, in which he took great pride.

A close look at the life of A. Paul King reveals the man; a man with wide-ranging interests pursued with alacrity and excelling at all. And of all his traits and accomplishments, perhaps the most important was his love of family for he is so fondly remembered by his granddaughters, Arlinda, and Kathryn. Clearly, there is a deep and lasting admiration for this man. Adrian Paul King was truly a renaissance man from down the shore.