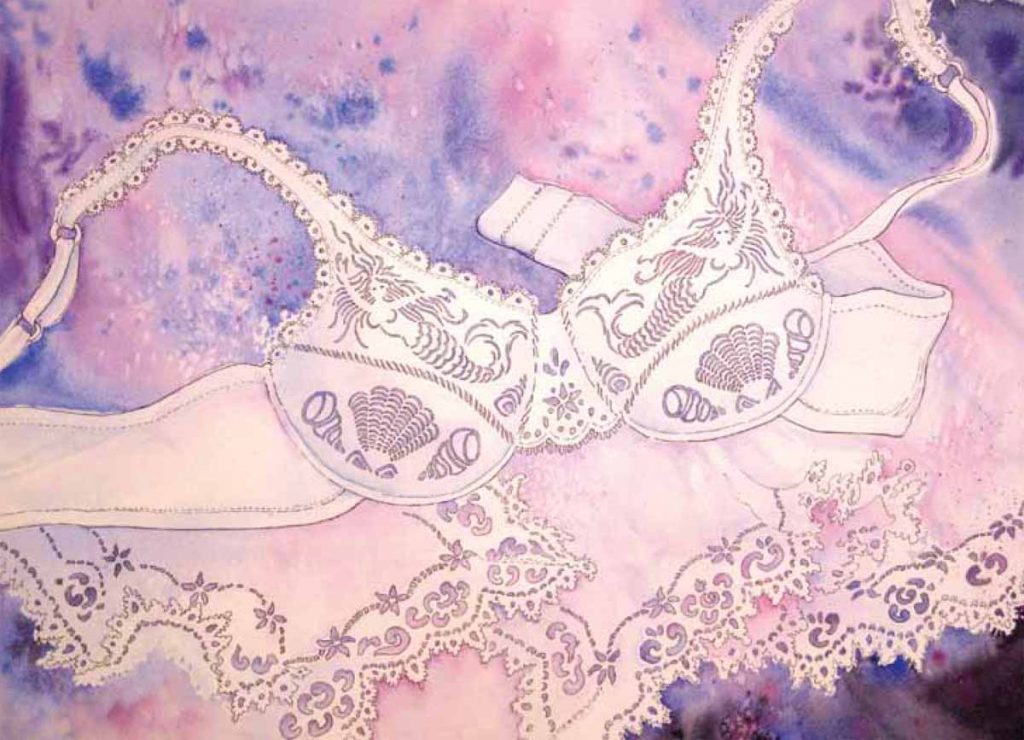 Artwork and text by Carol Freas 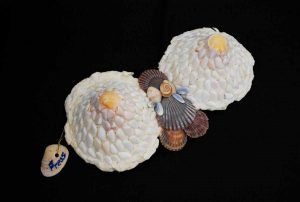 In the 1940s, my summers were spent in the drift of lazy sandy days on the Surf City beach. There were few vacationers or girls my age to find amusement with. My brothers preferred more raucous play in the tumbling waves, while I gathered flotsam along the high tide line and dunes. Using these natural materials I built fairy castles and mermaid villages. I was happy as a clam – daydreaming and creating under the sun.

Along with the above painting, this shell covered bra is part of an on-going series titled A Mermaid’s Trousseaux. The base of the sculpture was formed by shredding watercolor paper and water into a blender to make a slurry. This paper pulp was then poured into a metal kitchen funnel and dried. The pattern design of different shells was then glued into place.

I believe my early imaginative play at the beach was the beginning of my interest and need to create. The freedom a child has to drift away in solitary play can lead to new inventions, perhaps even a renaissance of discovery in art and science.